The City of Buffalo is reminding motorists that enforcement of the School Zone Safety Program, with a 15-mph speed limit, will be strictly enforced. 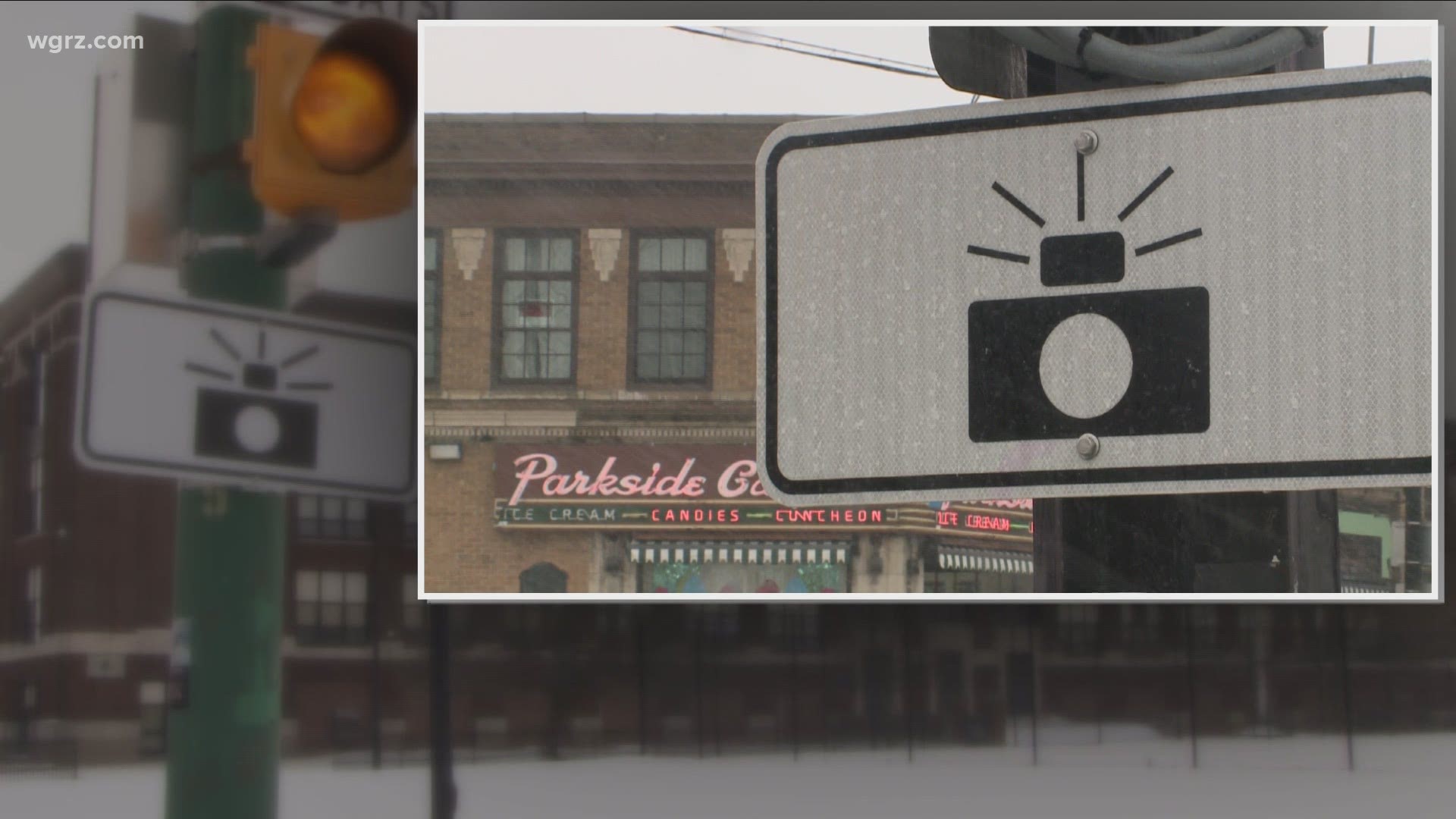 BUFFALO, N.Y. — If you're driving past a school in the City of Buffalo Monday, you might want to pay extra attention to your speed.

The City of Buffalo is reminding motorists that enforcement of the School Zone Safety Program will resume on March 1.

The 15-mph speed limit will again be strictly enforced at the following locations:

Cameras had been activated during the month of February, City but motorists were not ticketed for any violations "to give drivers ample time to adjust to the speed limits."

For much of the past year, remote learning has dominated district plans during the COVID-19 pandemic, rendering the cameras dormant shortly after the speed zone program went into place.

The cameras at five other schools have been active since October:

Buffalo's parking commissioner, who also spearheads the city's school zone speed camera program, recently appeared before the Common Council. He pushed back hard against critics who have labeled the program both a "money grab" and "discriminatory."

“I am here to dispute the unsupported and false allegations that the city school zone program discriminates against any resident or member of any particular community," said Kevin Helfer, who said the cameras have already made children safer by forcing motorists to slow down.