Crews took advantage of calm weather to fill potholes across the city. 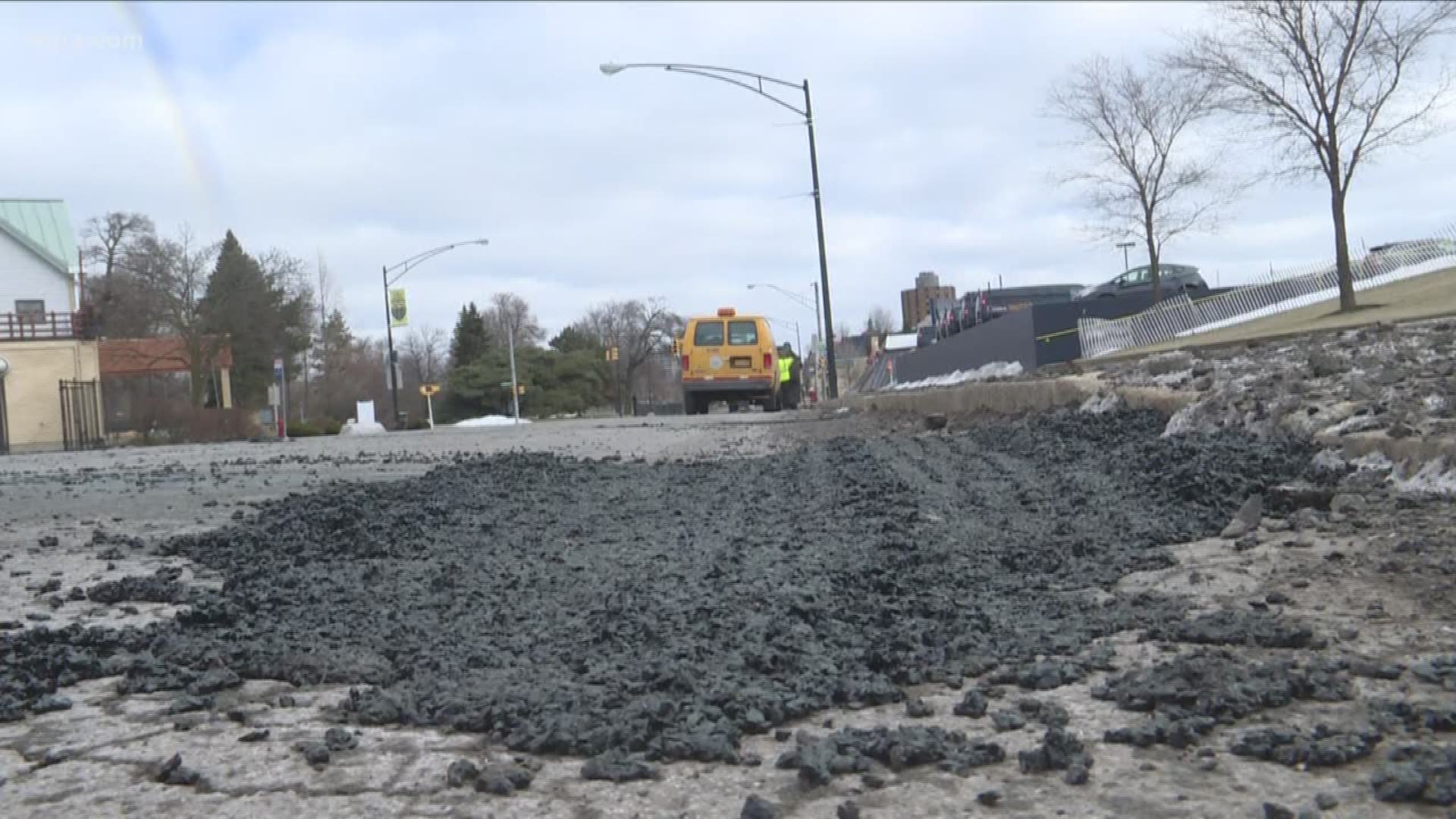 BUFFALO, N.Y. — After a windy, snowy week, the weather finally calmed down, so it was a good opportunity for Buffalo's Department of Public Works crews to fill potholes around the city.

The weekend "pothole blitz" included nine crews that focused on Main Street between Humboldt and Hertel and a stretch of South Park between Bailey and Dorrance.

Other crews focused on the Hamlin Park neighborhood and the Broadway-Fillmore area. They also filled potholes that people called in to the city's 311 line.

City of Buffalo officials say in February 2018 they got more than 1,100 calls to 311 about potholes. So far this February, there were 400 calls from people complaining about potholes.

When reporting a pothole be sure to give as accurate of a description as possible. Use the nearest address or intersection to get crews to the right spot or use the numbers on the street light poles.