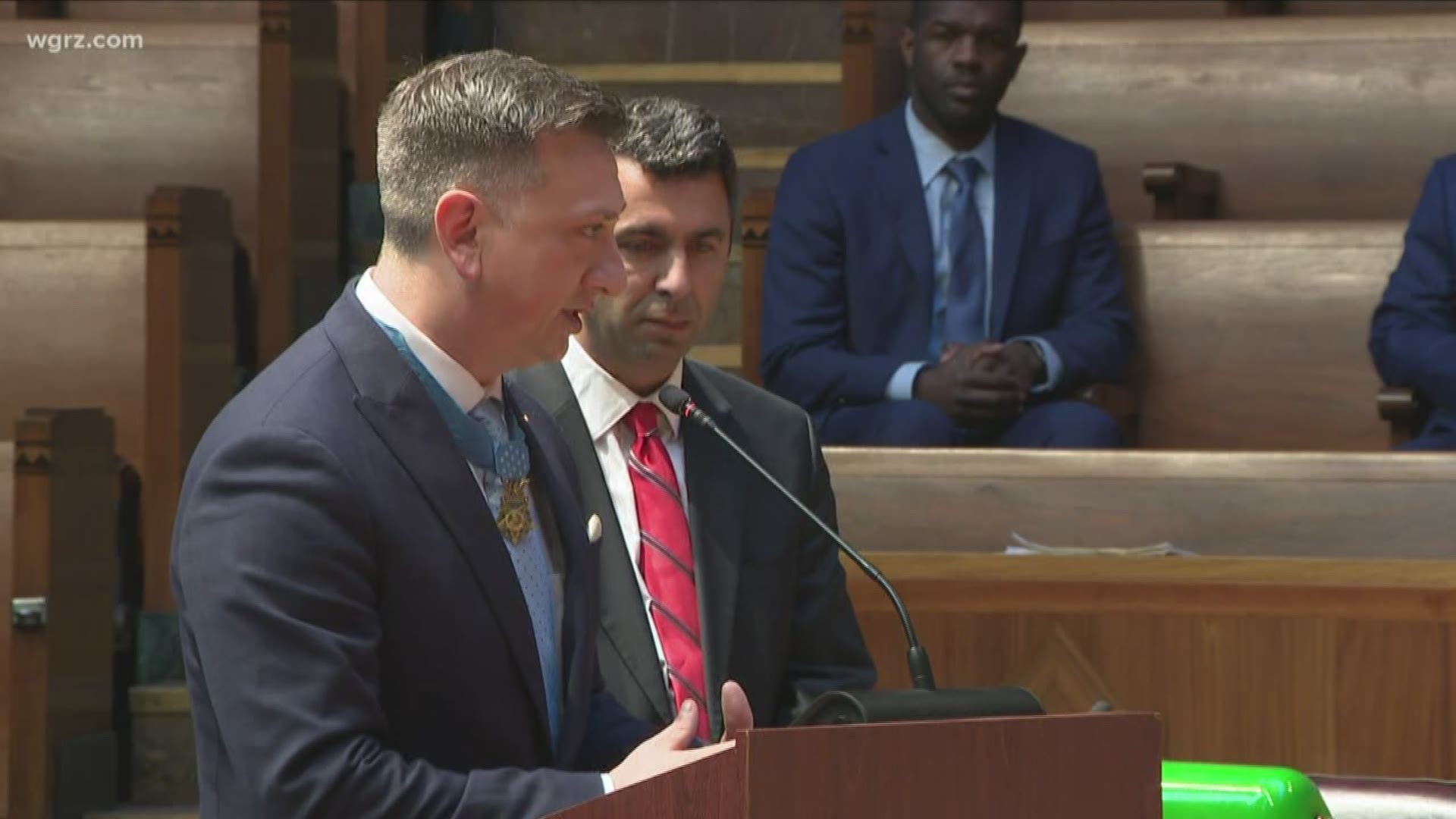 But it doesn't stop there.

Bellavia received the honor for saving his platoon when it was attacked in November of 2004.

"They're patriots above political party," Bellavia said. "That's what you see in Western New York. That's how we were raised. It's about our country first and always. I'm super proud to be from Buffalo and to be home and to receive this is awesome. Thank you."

Bellavia said he also wants to continue helping the Army gain recruits and help veterans figure out life when they come back to the states.