The controversial program can’t be fixed, according to Rasheed Wyatt, who calls it a 'failure.' 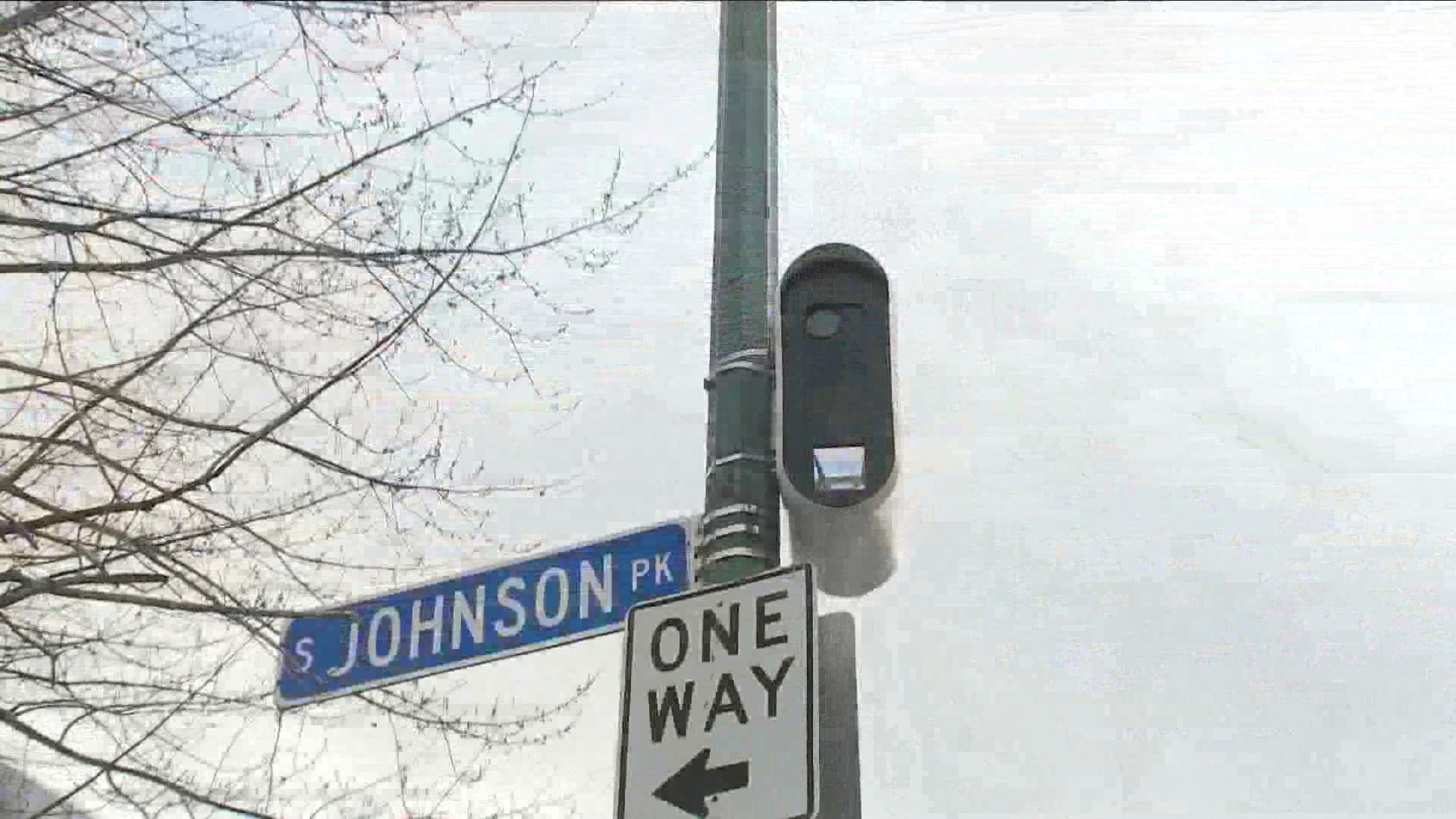 BUFFALO, N.Y. — A Buffalo Common Council member who has been sharply critical of the controversial school speed zone cameras in the city is now moving to end the program entirely.

University District Council Member Rasheed N.C. Wyatt calls the program nothing short of a "failure" in a resolution, where he lists a litany of concerns, in asking his colleagues to vote to put an end to it.

“Between the number of issues that we've had with the rollout and the number of times the council has tried to work with the administration, it just hasn't worked," Wyatt told WGRZ-TV.

His resolution not only calls for the camera's to be taken down and to never return, but it also calls, where it can be proven that the cameras weren't operated in accordance with state law, for the fines paid by those who incurred tickets, to be refunded.

“It’s justice for these folks to get their money back from these tickets. I think it's the right thing to do,” said Jolanda Hill of the Fair Fines and Fees Coalition, which worked with Wyatt to draft his resolution.

“This school speed zone camera is part of a long history of things the city has participated in to extract money from citizens in the guise of safety."

Both insist that there are traffic calming measures such speed humps, better signage, and even painting the pavement of streets in a vibrant color near schools. That would get people to slow down without being fined.

“When we can have other alternative measures to get the same result, we should look at that instead of putting more burdens on people who are already struggling," said Wyatt, who cited the case of a woman who had to use her stimulus funds in order to pay tickets.

Proponents of the program, however, say that without consequences such as fines, speeding motorist will have no incentive to slow down.

Even if the Common Council was to vote to curtail the program, it would need to then muster six votes to overturn any veto attempt by Mayor Byron Brown, a supporter of the program.

Asked if he had that many votes lines up, Wyatt replied, “I'm hopeful. I don’t want to speak out of turn, but I can tell you that I have spoken with many of my colleagues who feel the message from the community (to end the program) has been clear.”

Wyatt added, “I wouldn't go to this extent if I didn't have some comfort that there's a possibility."