City Charter requires the budget to be presented by October 1 and it is now more than a week late. 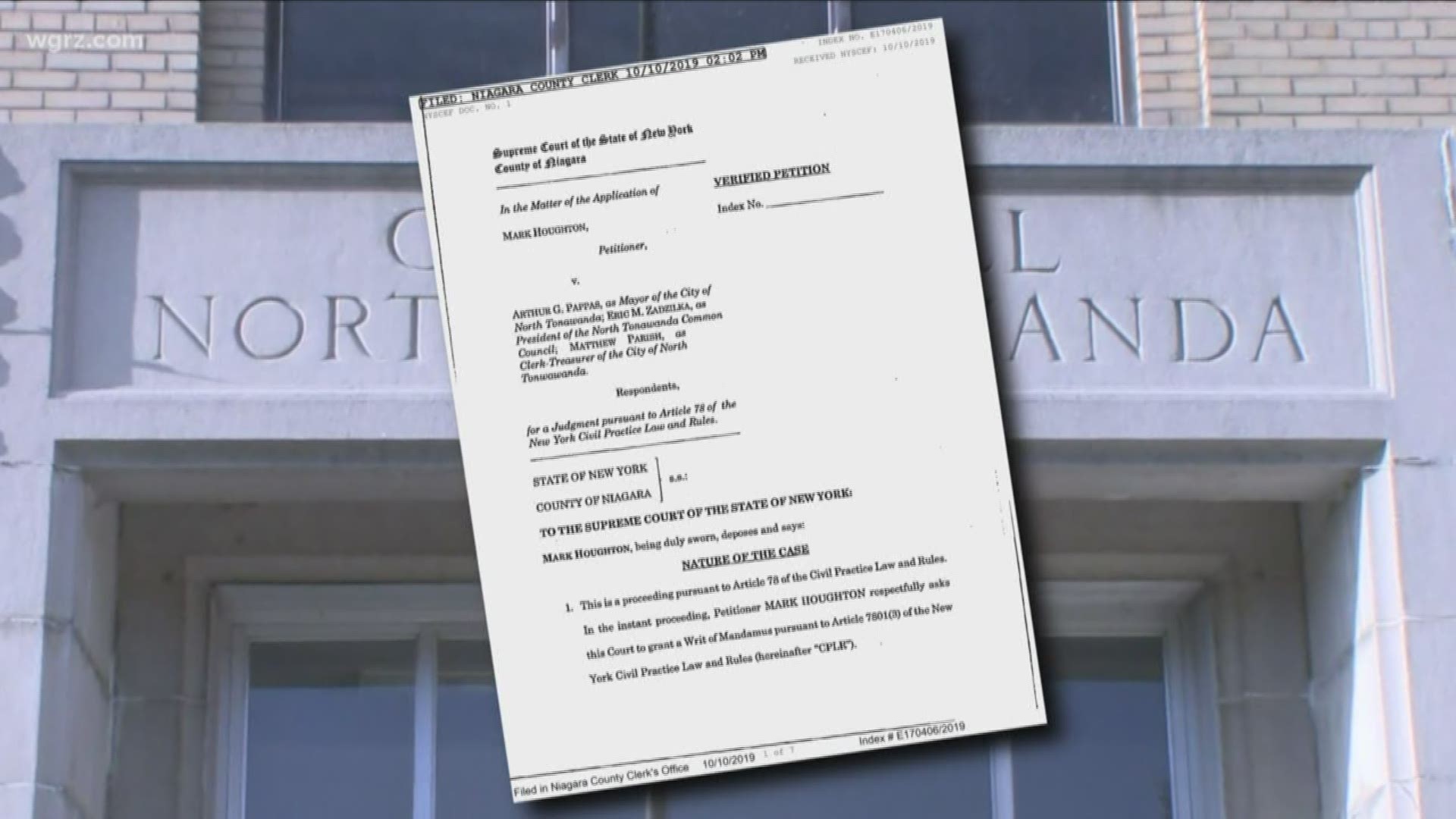 NORTH TONAWANDA, N.Y. — The proposed budget for the City of North Tonawanda is more than a week late and a citizen is now suing the mayor.

2 On Your Side obtained a copy of the lawsuit that was filed Thursday afternoon in New York State Supreme Court in Niagara County.

Mark Houghton asks a judge to intervene saying Mayor Arthur Pappas is guilty of "deliberate and willful abdication of his duty".

The city charter requires that the budget be presented by October 1.

The clock is ticking because the budget has to go before the public and get final approval next month.

We've reached out to Mayor Pappas and are awaiting a response.

You can read the petition filed below: