The Amherst Chuck E. Cheese's will keep its game room license for now. 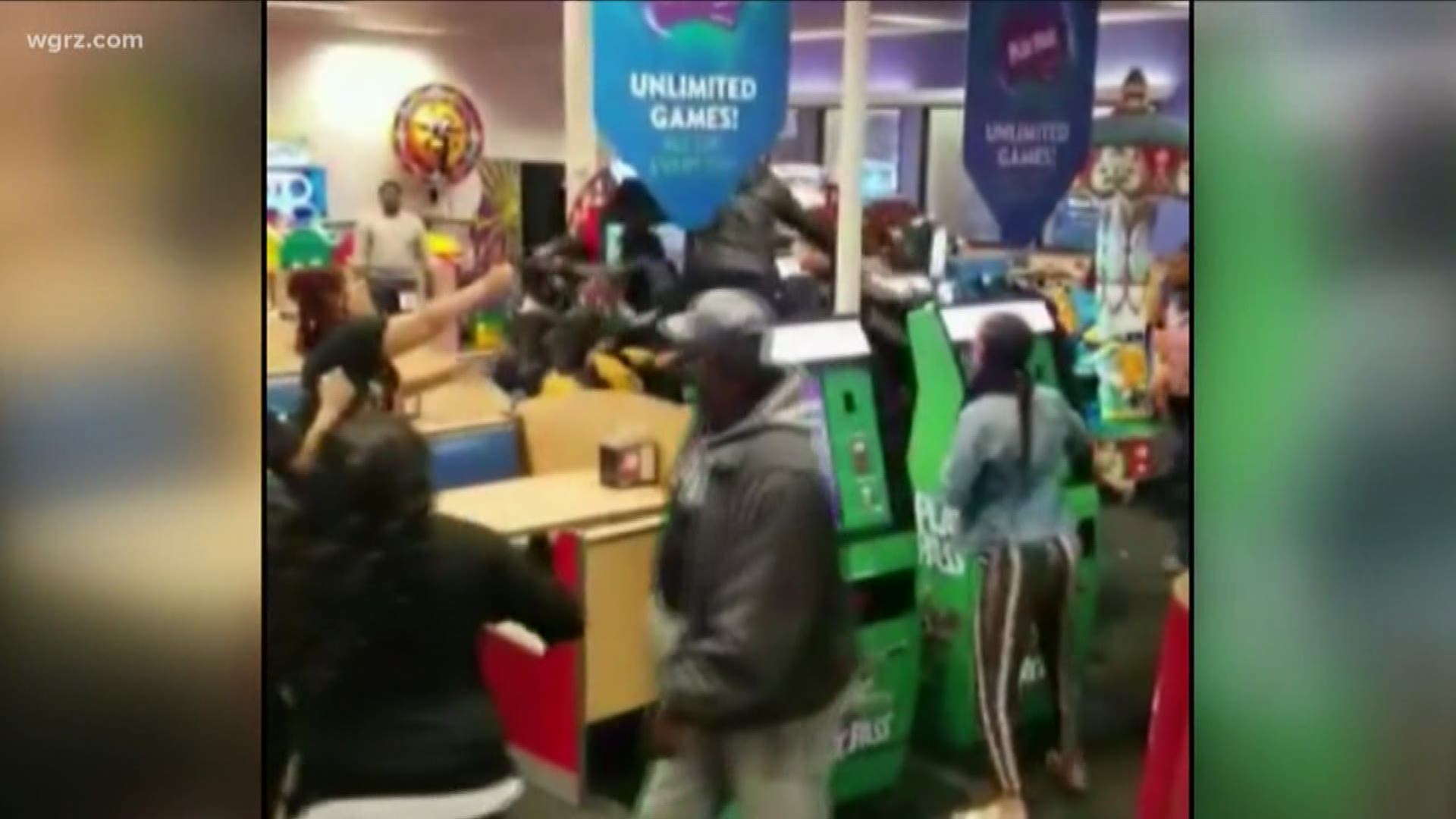 It is promising the town that it will keep implementing new security changes following violent incidents caught on camera in recent years.

"We believe we have a great security system in our store to stop, you know, shut down all of the events that may happen in the future," says Chuck E. Cheese’s COO Randy Forsythe.

The Chuck E. Cheese’s in Amherst made headlines in April after video of a fight went viral. It prompted the Amherst Town Board to get an update Monday on security enhancements the store's made since that incident, and another in June involving employees.

"I want to thank you for what you've done, and especially implementing monitoring of the parking lot, and when you walk people out making sure that they really leave is critical," says Amherst Town Board Member Jacqui Berger.

The company's COO, in from Texas, outlined the steps being taken. Each staff member has gone through conflict resolution training, and a fifth manager's been hired. The store's also working closely with Amherst Police.

"That was families fighting families, and so, you just never know. So, what we've agreed to do to get with the chief, and to whenever we have big groups like that, to have his police walk through our store, proactively," says Forsythe.

An armed guard will be there 48 hours a week up from 20, and if anyone is caught cursing or not following the rules posted on the wall and napkin dispensers, they'll be escorted to their cars. They also installed new security cameras, and cut back on the number of people allowed at birthday parties.

The store also sells beer and wine. The COO and local attorney Terry Connors, who is representing the company, recently met with the New York State Liquor Authority.

"We cooperated. We provided them information and background. They looked through it and nothing has occurred yet. It's our belief that they will conclude that alcohol had no role in these events," says Connors.

The COO says the next step is to execute the plan. Many of the security measures have already been implemented. At least one town board member says she will continue stopping by Chuck E. Cheese’s to see how things are going.