Christmas snowfall in Buffalo ranks in top 10 for the holiday

So far, this is the sixth-snowiest Christmas since 1980 and ninth-snowiest since 1943, when snow depth records began. 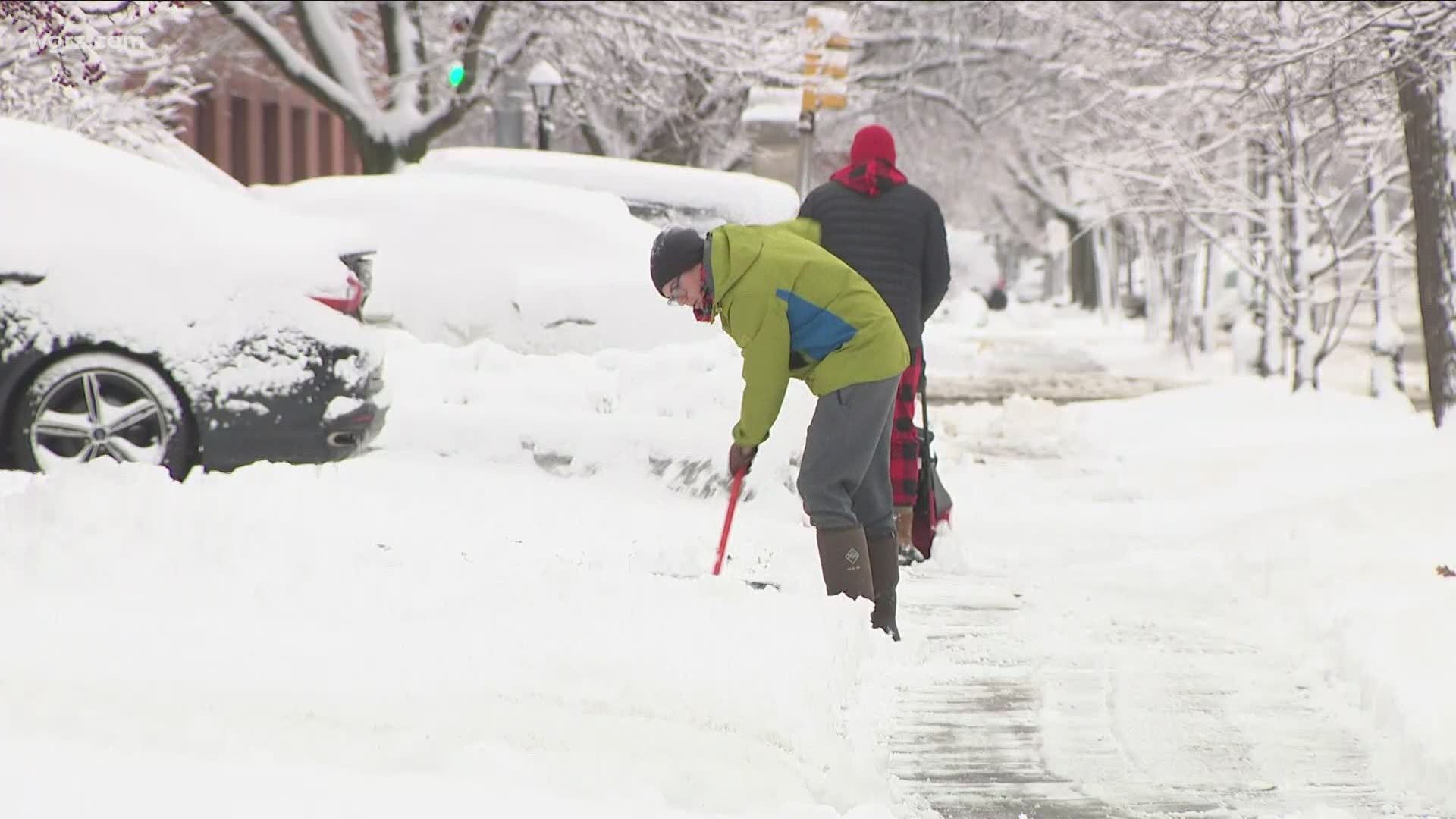 BUFFALO, N.Y. — Western New York woke up Friday morning to its first White Christmas in two years, and one of the snowiest in the past 40.

As of Friday afternoon, the Buffalo Airport had received 5.5 inches of snow for its Christmas Day snow total.

According to records kept at the National Weather Service Office in Buffalo, this ranks as the sixth-snowiest Christmas Day since 1980 and ninth-snowiest since 1943, when snow depth records began.

The snowiest Christmas on record was back in 2002 when 8.4 inches of snow were on the ground that day.

RELATED: Christmas in Buffalo: The expectation for snow each year with no guarantee

By definition, a "White Christmas" is marked by either snow falling on or before Christmas Day, amounting to at least an inch of snow being on the ground. Last time that happened was just 2 years ago, though it wasn't impressive. #StormTeam2 @WGRZ #nywx pic.twitter.com/YqDEPutBTp

This year's holiday snowfall is thanks to a winter storm that moved through Christmas Eve and brought heavy rain, snow and gusty winds.

On Christmas Day, snow died down for a bit as the winter storm transitioned from a widespread, synoptic snow to lake effect event.