Chris Collins: "I Never Will Have a Town Hall" 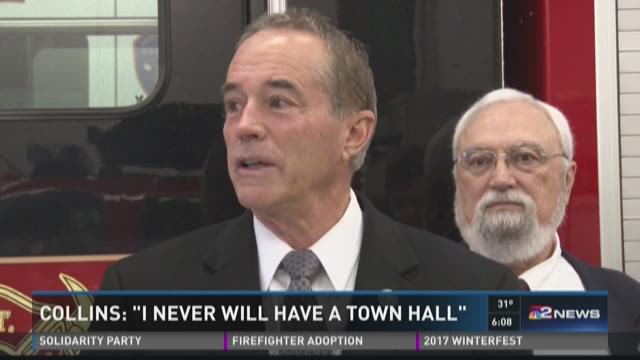 Saturday, Collins commented on recent remarks regarding the president's controversial immigration order and about those who were against President Trump counselor Kellyanne Conway's recent remarks.

But many of our viewers have expressed the most concern in how he stated he has never, and never will, hold a town hall meeting to hear from his constituents, explaining he believes they are "useless."

"Because what you get are demonstrators who come and shout you down and heckle you," Collins said. "They are not what you hope they would be, which is a give and take from people actually interested in getting some facts."

Collins said he prefers to meet with groups one-on-one to share information.

2 On Your Side checked with other local lawmakers to find out if they have been known to hold town halls.

A spokesperson for Congressman Brian Higgins says he attends public events and occasionally shows up for what are called "Congress On Your Corner" meetings with his staffers.