Poloncarz warned Sunday that bars and restaurants who exceed current state guidelines for gatherings could risk being closed or loosing their liquor licenses. 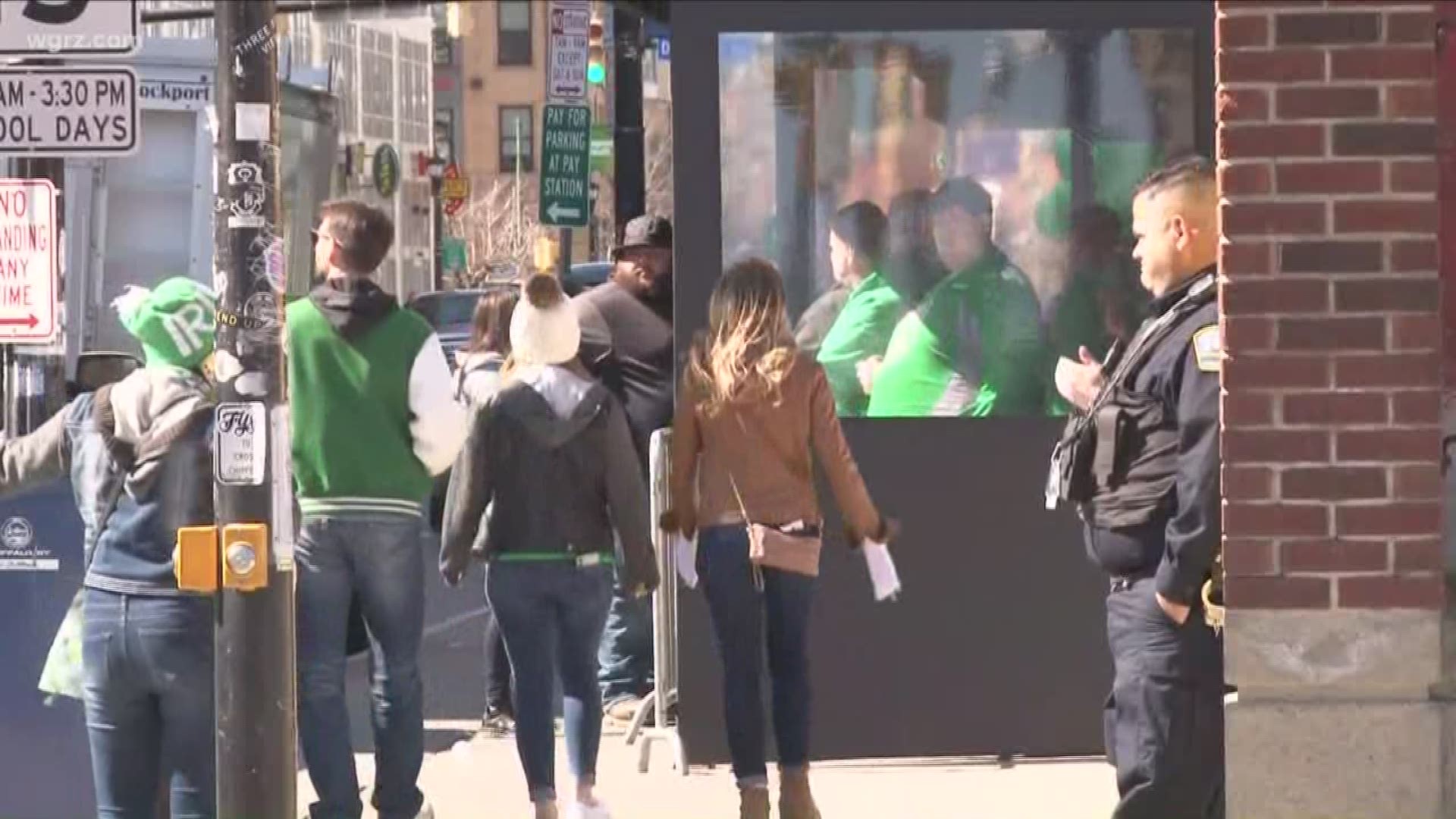 BUFFALO, N.Y. — Erie County Executive Mark Poloncarz declared a State of Emergency for Erie County on Sunday at noon, and at the same time strongly recommended against large gatherings.

The county asked the any gathering of 250 or more be cancelled. The state also recommended that any place with less than 500 people reduce their capacity by 50 percent.

Those orders still did not stop people from coming out to the Chippewa for St. Patrick's Day celebrations.

Buffalo Police were on the strip Sunday afternoon to check bars and restaurants, making sure they are following the restrictions. Several police officers responded to SoHo after a large crowd developed outside the bar.

Jay Manno, the owner of Soho Buffalo spoke to 2 On Your Side after the Chippewa Alliance met on Friday afternoon to discuss businesses on the strip.

RELATED: Chippewa Street businesses will stay open for St. Patrick's Day and beyond

"This is real life and people got to, you know, feed their kids, pay their bills, and businesses got to stay open. So, you know, until someone tells us we can't, we're going to stay open," Manno told 2 On Your Side after the meeting.

Manno added that his establishments, as well as others, would be increasing sanitation efforts as well as stocking extra sanitizer and cleaning supplies. He said that bars on the strip may also consider adding fever checks at the door in the future.

Ohio has decided to close all bars and restaurants starting Sunday night, excluding takeout and delivery.

RELATED: Social distancing vs. quarantine: what you need to know and what you should do