Peter J. Harding is expected to be released from custody after being charged with two misdemeanors in connection with his alleged activities at the U.S. Capitol. 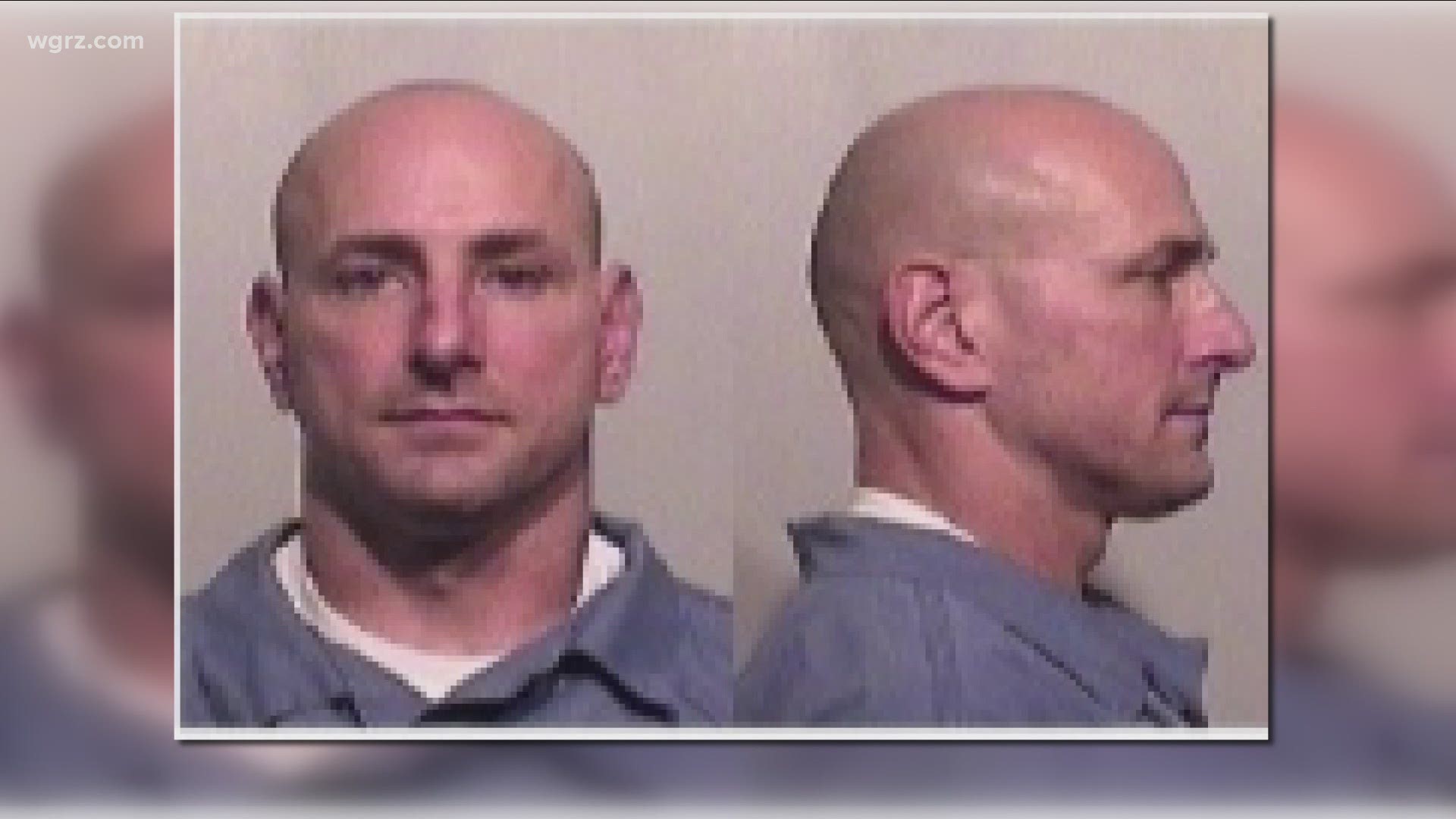 BUFFALO, N.Y. — Charges were unveiled on Thursday against a Cheektowaga man for his alleged activities during a riot at the U.S Capitol, where members of Congress were certifying the results of the most recent Presidential election.

Peter J. Harding, who also goes by Pete Harding, has been charged with two misdemeanors.

First, Harding is charged under a section of the U.S. Code governing restricted buildings or grounds, accused of "knowingly entering or remaining in any restricted building or grounds without lawful authority to do so;" and that he did so with "intent to impede or disrupt the orderly conduct of Government business or official functions."

It is punishable by up to one year in prison upon conviction.

A man who federal authorities claim was Harding was seen in a photo on a poster circulated by the FBI, which alleges he was inside the Capitol after a group of demonstrators barged through the doors and engaged in a violent rampage resulting injuries and deaths and causing members of Congress to leave the House chamber and seek refuge.

The siege occurred as members of Congress were engaged in certifying the election.

Additionally, Harding is charged under another section of the U.S. Code regarding unlawful activities. Specifically, that he as an individual, or part of a group of individuals, entered non public areas of the Capitol in a violent and disorderly fashion with the intent to disrupt the orderly conduct of official business. This charge carries a maximum of six months incarceration.

In moving that he be released from custody, Harding's attorneys noted that there is no allegation that their client actually engaged in violent behavior while he was inside the Capitol. In seeking his release, they also argued that Harding, a self-employed contractor, was cooperative with the FBI and posed no risk of flight

The judge agreed but set conditions on Harding's release including that he be subject to electronic monitoring of both his person, and of his internet use.

He also can't travel outside of Western New York unless it's to Washington, which is where the charges against him were filed and where, for now, future court proceedings in his case will be held.

In an interview with WGRZ-TV last week, Harding said he had already by then been in contact with the FBI.

"I left a message but hey haven't returned the phone call back to me yet. I have nothing to hide," he said.

It was revealed in court that when agents came to Harding's Cheektowaga home early Wednesday morning to arrest him, he wasn't there, having left the night before to stay with a friend in the Buffalo area.

After being located on Wednesday afternoon, Harding was charged and booked into the Niagara County jail pending today's court proceeding, where he appeared virtually, dressed in blue jail fatigues.

Charges against Peter Harding are: Knowingly Entering and Remaining on Restricted Grounds Without Authority and Disorderly Conduct on Capitol Grounds. The offenses are punishable by up to 1 year and up to 6 months in jail respectively. @WGRZ

#BREAKING FBI confirms “court authorized activity” (what they used to call search warrants) at home of Pete Harding of Cheektowaga who participated in the demonstration at the Capitol. Here, agents leave after spending 9 hrs at the home. Neighbors say raid was at 5am @WGRZ pic.twitter.com/gAlPNOZ29o 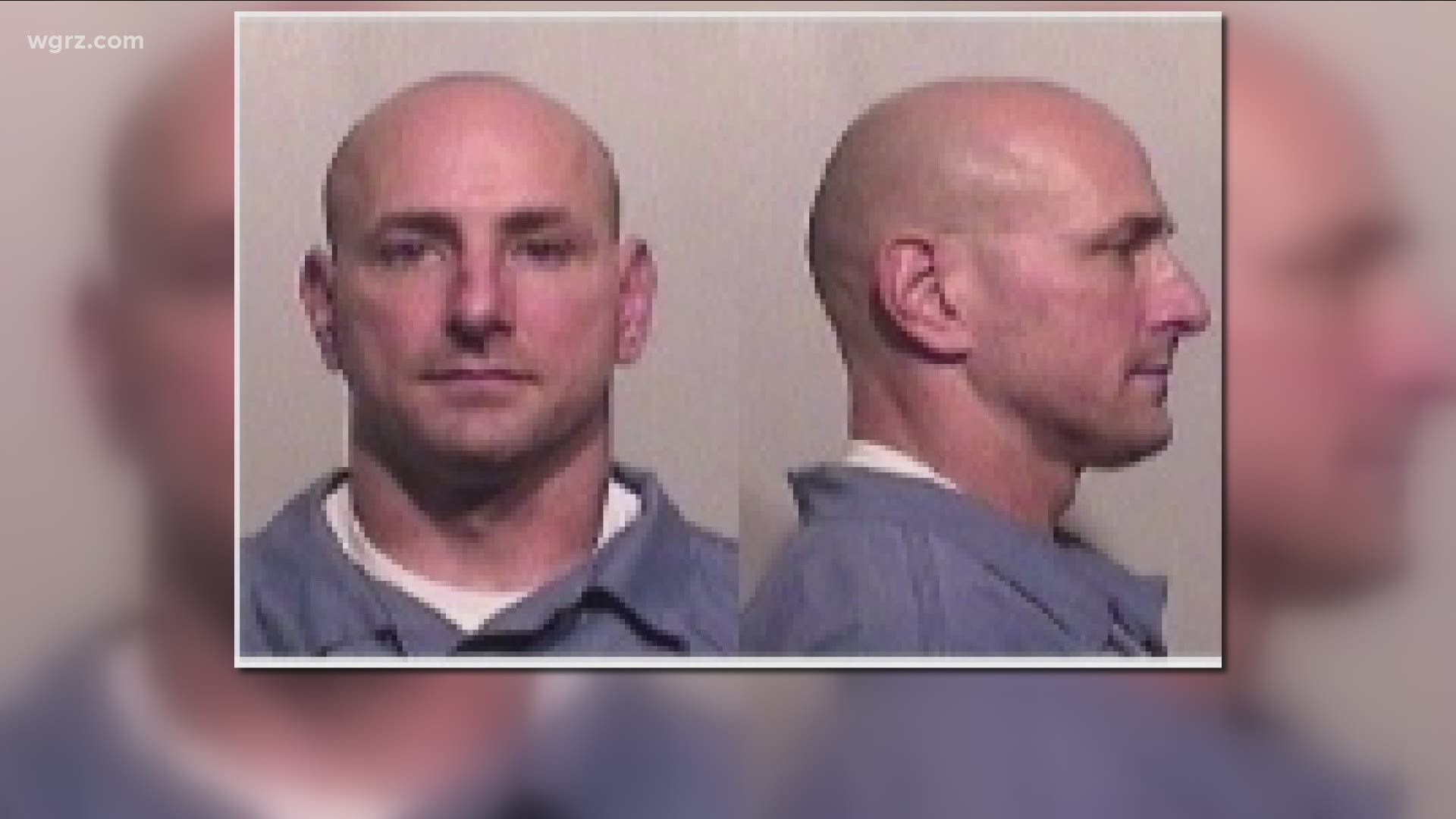