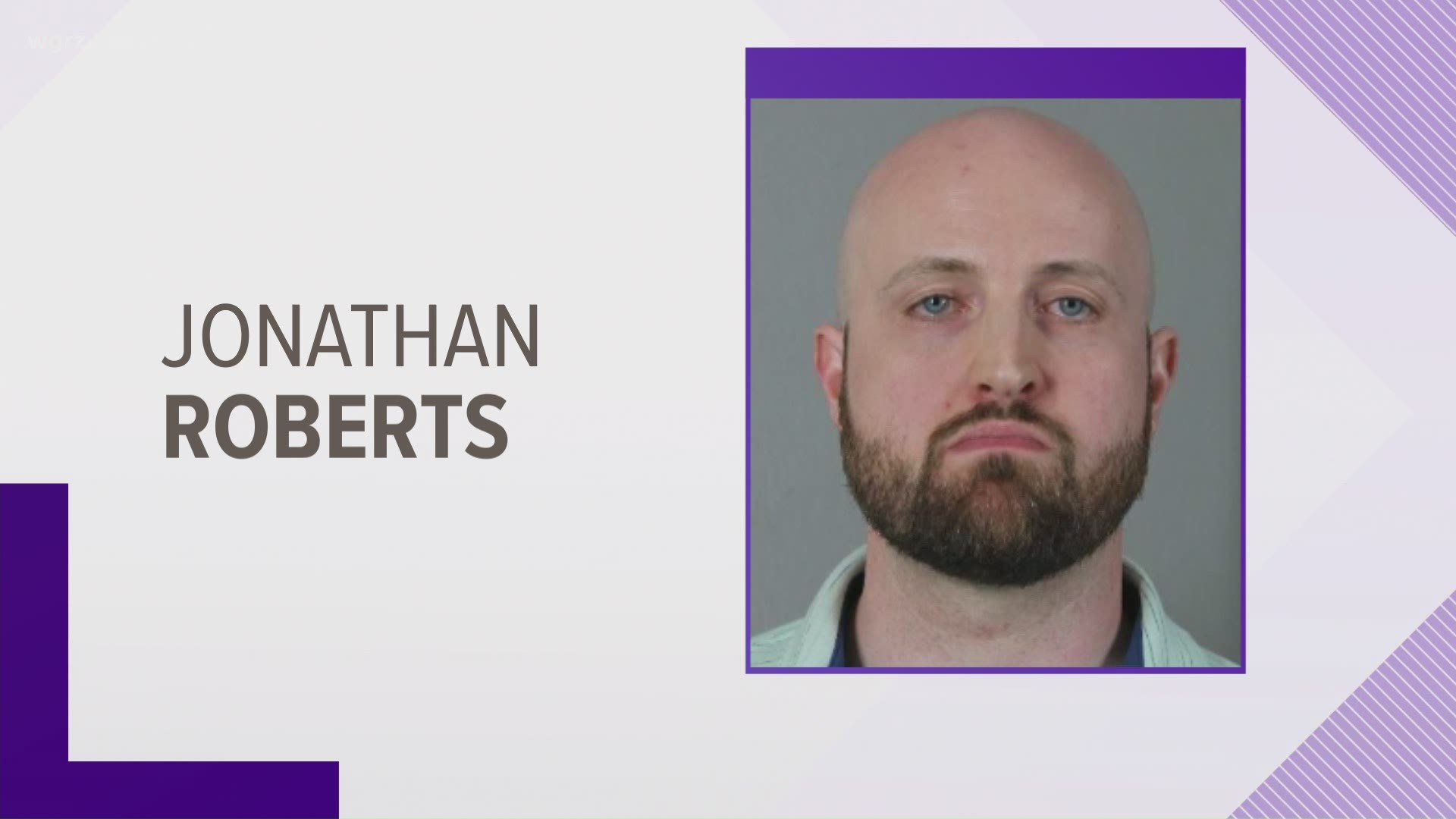 CHEEKTOWAGA, N.Y. — A Cheektowaga man is accused of using the police department's emergency communications frequency to make threats, including a threat to commit shootings inside a town business.

Jonathan Roberts, 33, is charged with Unauthorized Radio Transmissions a misdemeanor and Making a Terroristic Threat, a felony.

The arrest is the result of a lengthy investigation into a series of unauthorized radio transmissions over the emergency channel.

A break in the case came when a town police officer heard one of the transmissions and noticed Roberts vehicle nearby. A radio capable of transmitting over the Cheektowaga Police frequency was found in his car. Police say Roberts voice matched that of a recording made in May.

Roberts was arraigned and released on his own recognizance. He's due back in court next month.