2 On Your Side reached out to Catholic Health and the CWA union Tuesday to see if this situation could be resolved. 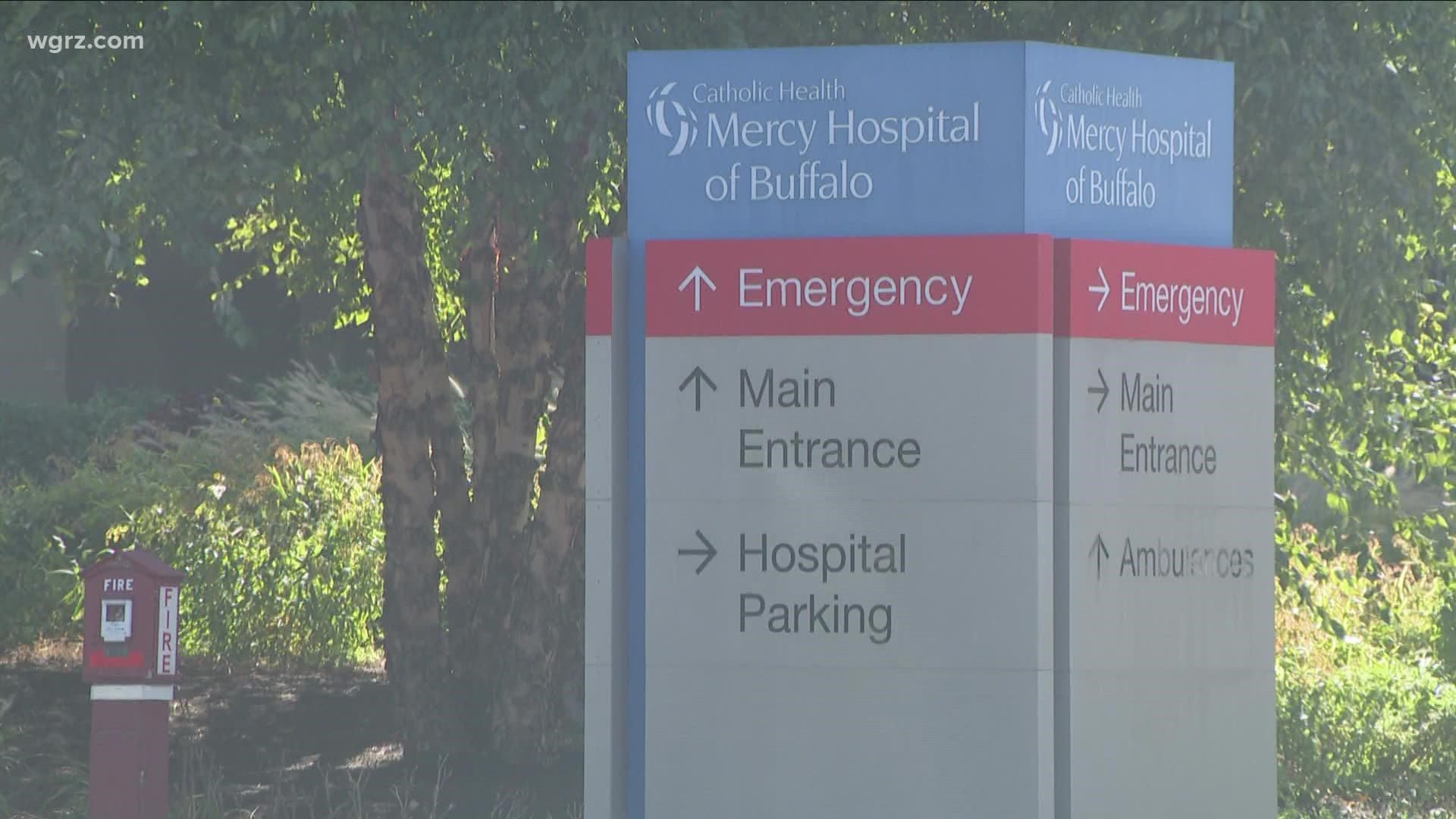 BUFFALO, N.Y. — While the contract talks continue to try and prevent a strike, the gap in bargaining positions makes it more likely that the picket signs could go up at Mercy Hospital on Friday.

2 On Your Side reached out to Catholic Health and the CWA union Tuesday to see if this situation could be resolved.

CWA Upstate Director Deborah Hayes told us "We have had some productive discussions but unfortunately those conversations have not resulted in a proposal that gets us closer to a solution."

So perhaps no surprise considering where they are in terms of bargaining that Catholic Health announced that as of Wednesday they will start diverting ambulances from the ER at Mercy and also there won't be any further elective surgeries also as of Wednesday at Mercy. Those moves were made in consultation with the New York State Department of Health.

In addition, the hospital system, also in just a statement, says several million dollars have already gone to pay for strike replacement nurses who may be housed at a downtown Buffalo hotel.

Hayes responded to those announcements in this way. "It sounds to me as though they are - despite the claims that they can keep the hospital open and running during a strike - they will not be able to do that."

And the question of why do this during a pandemic has come up to the union leadership which says they're also advocating for proper patient care. "We're saying number one - our members cannot continue to work the way they're working. The conditions are deplorable and we're not  delivering the quality care that we should be giving our patients."

There have been other hospital strikes across the country notably in Los Angeles, Chicago, and Massachusetts. Some only lasted a couple of days. So here in Buffalo, from the union's perspective, Hayes says "I don't feel that Catholic Health or Mercy Hospital could sustain along strike. I think that it would be devastating to the community and Catholic Health."

The Catholic Health also sent out a release late Tuesday announcing that Mercy Hospital is suspending labor and delivery services starting at 7 a.m. on Wednesday.