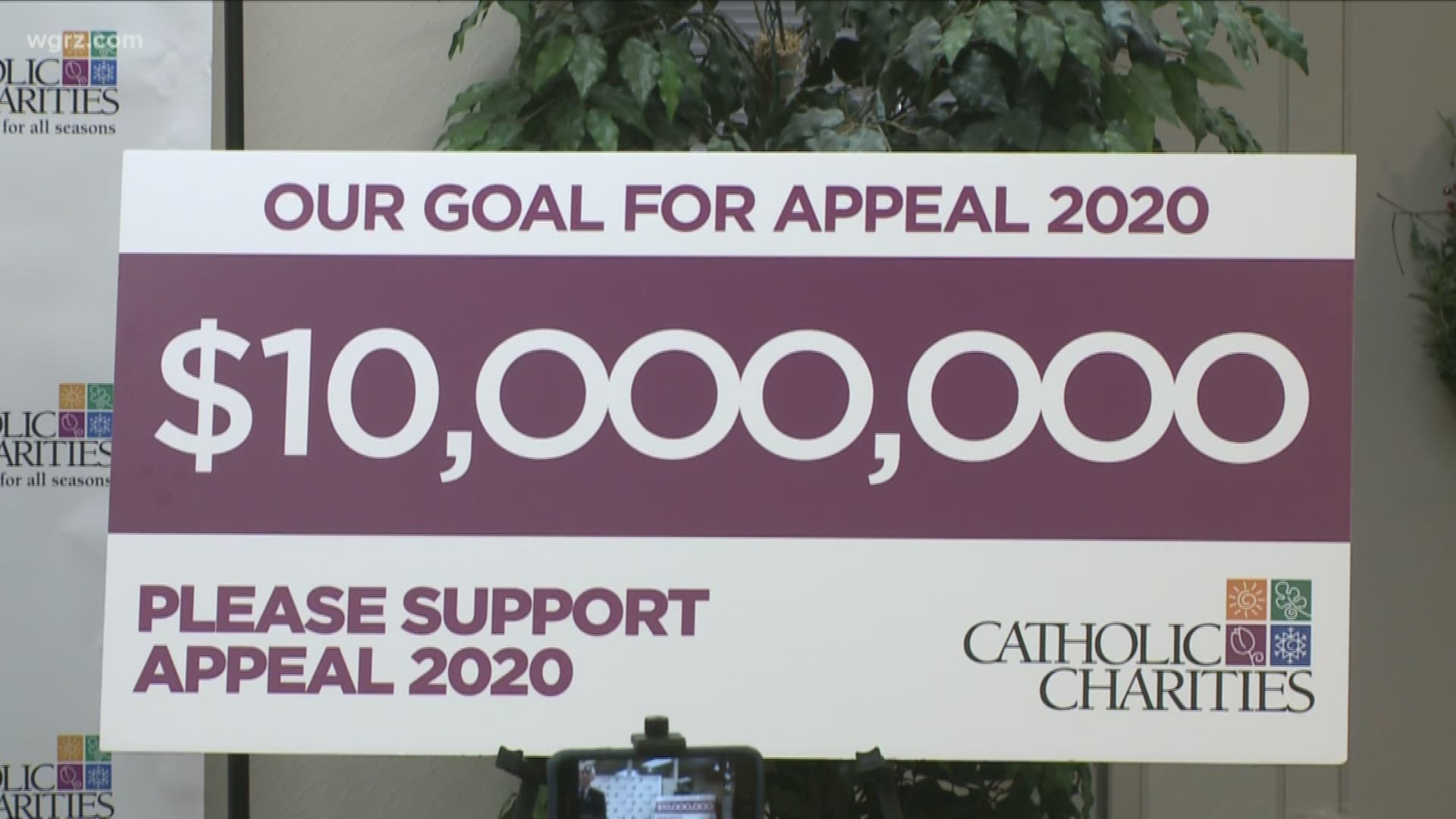 BUFFALO, N.Y. — In the midst of ongoing turbulence and transition, the Buffalo Catholic Diocese has set a new $10 million goal for its 2020 Catholic Charities appeal.

It came amidst the sex abuse scandal for the Diocese and concerns over the leadership of former Bishop Richard Malone.

And for this year, Diocese officials are still trying to alleviate any lingering concerns about where the money will actually go. That is even with rumors of future bankruptcy.

Apostolic Administrator Most Reverend Edward Scharfenberger told reporters,  "Every ounce of every money that is given to Catholic Charities will go to help the poorest of the poor and those most in need. And even if there were the prospect of Chapter 11, that too would also go to help those most in need. In other words the mission is not going to change."

The appeal runs through June with support for 51 programs and services in Western New York .

Over 160 - thousand people benefited from Catholic Charities in 2019.