What the former Buffalo Police officer did long before George Floyd is relevant, and so is the voice of Greg Kwiatkowski. 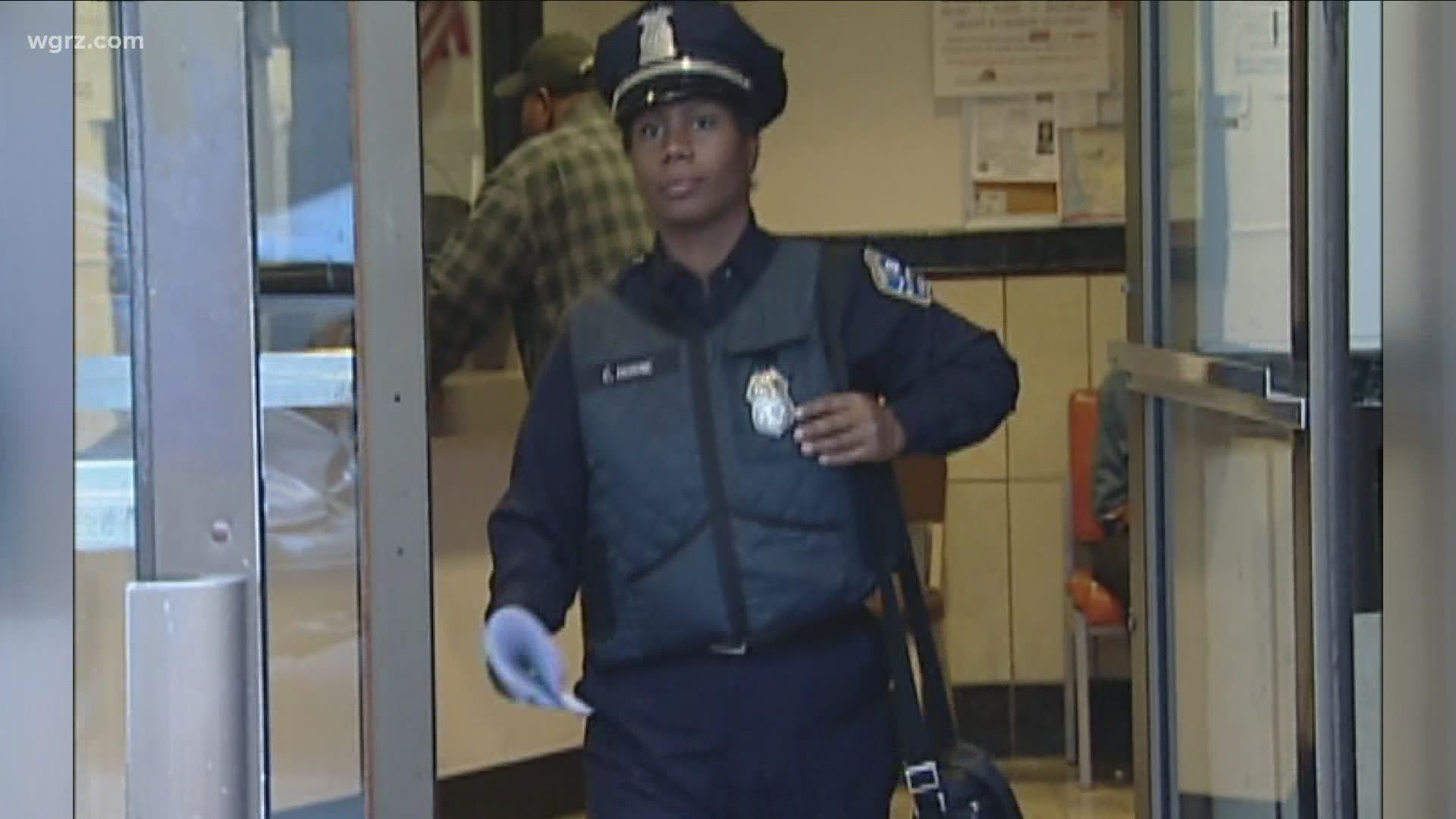 BUFFALO, N.Y. — Cariol Horne joined the Buffalo Police Department in 1988 and never imagined she would make national headlines for what she considered was “doing the right thing.”

She found herself jobless, homeless, and says the department she worked for made her life “a living hell.”

A few years ago she was arrested at a protest in downtown Buffalo. Her anger was directed against the same department she worked for for nearly two decades.

“It just angered me because the culture needs to change," she said.

The day after Halloween, on November 1, 2006, a postal worker saw something that he believed warranted police attention inside a house on Walden Avenue. When police arrived it resulted in an arrest, but also a short encounter that put then-officer Horne and officer Greg Kwiatkowski in a confrontation that would result in legal battles.

However, before that she said, “I went inside of the house; Gregory Kwiatkowski was punching Neal Mack in the face. Neal Mack was handcuffed in the front."

Once outside, she said, “he spun Neal Mack around and just started choking him."

“Mack was between us and up against Gregory Kwiatkowski's chest, so he was choking him and I yelled, 'Greg, you're choking him!' And when he didn't stop, I grabbed his arm from around Neal Mack's neck, and he was in a squatted position. He came up and punched me in the face, and he broke my dental bridge."

Kwiatkowski said that is a “very distorted view of the truth” as demonstrated what took place.

“I’m 6-foot-2, 220 pounds, and Cariol Horne is somewhere in the area of 5-foot-2, I’m going to guess. I’m pulling him forward, and he’s handcuffed in the front. My jacket was open unzipped in the front. He grabbed my jacket at first, and I punched his hands down off my jacket, and at that point he reached up, grabbed my service weapon. He was pulling my weapon out of my holster. My entire gun belt was shifting forward. I grabbed him in a bear hug to try and gain control of him. Within seconds is when Cariol Horne came up, started punching me, hitting me in the head area, grabbing me by the back of my bulletproof vest, and yanked me forward," Kwiatkowski said.

Horne said she was punched in the face. Kwiatkowsi said, “I did swing with an open hand to try and get her away from me and missed her completely. She was fine that day. She was still running her mouth to all the officers there.”

Neal Mack, now 68 years old, refers to Horne as his “angel from heaven.”

From that day, Horne said, “I became the target, and then I was terminated."

She was hit with 13 departmental charges. After a rare and lengthy public hearing, she was found guilty of 11 charges.

Horne called it a “kangaroo court.” She was fired with only a couple months needed to get her full pension.

It wasn’t until 2021 when New York State Supreme Court Judge Dennis Ward vacated her firing, saying, "To her credit, Officer Horne did not merely stand by, but instead sought to intervene, despite the penalty she ultimately paid for doing so."

The City of Buffalo was ordered to give Horne back pay and pension contributions going back to 2010.

The Buffalo Common Council passed legislation called Cariol’s Law. It was signed by Mayor Byron Brown as the Duty to Intervene Law. It means an officer has a responsibility to intervene if a fellow officer is acting inappropriately.

It's a policy that's been in the police manual since 2019.

Horne said it also means an officer can not falsify a report. She wants it a law across the nation with a registry of bad police officers.

Kwiatkowski said, “I think the duty to intervene law is a good thing.”

He retired in 2011, but in 2014, he faced federal charges for excessive force and spent four months in prison.

“I have regrets about it,” he said. I think for the over quarter century I dedicated my life to this country. I deserve a second chance for a misdemeanor conviction," he said.

He sued Horne for defamation and was awarded $65,000; he received $20,000. He is seeking to get the remainder of the money from her back pay.

“When you see yourself on a split-screen with Derek Chauvin, and it’s said (the) only reason Neal Mack is alive is because of Cariol Horne, it takes a toll on you emotionally,” he said.

Horne said, “I know I did the right thing at a cost.”

As for Mack, she said, “he's not a George Floyd or Eric Garner.”