Car in North Buffalo spray-painted with racist and homophobic graffiti

Messages of hate were spray-painted on a car in North Buffalo. According to a police report, the incident happened sometime overnight Wednesday into Thursday. 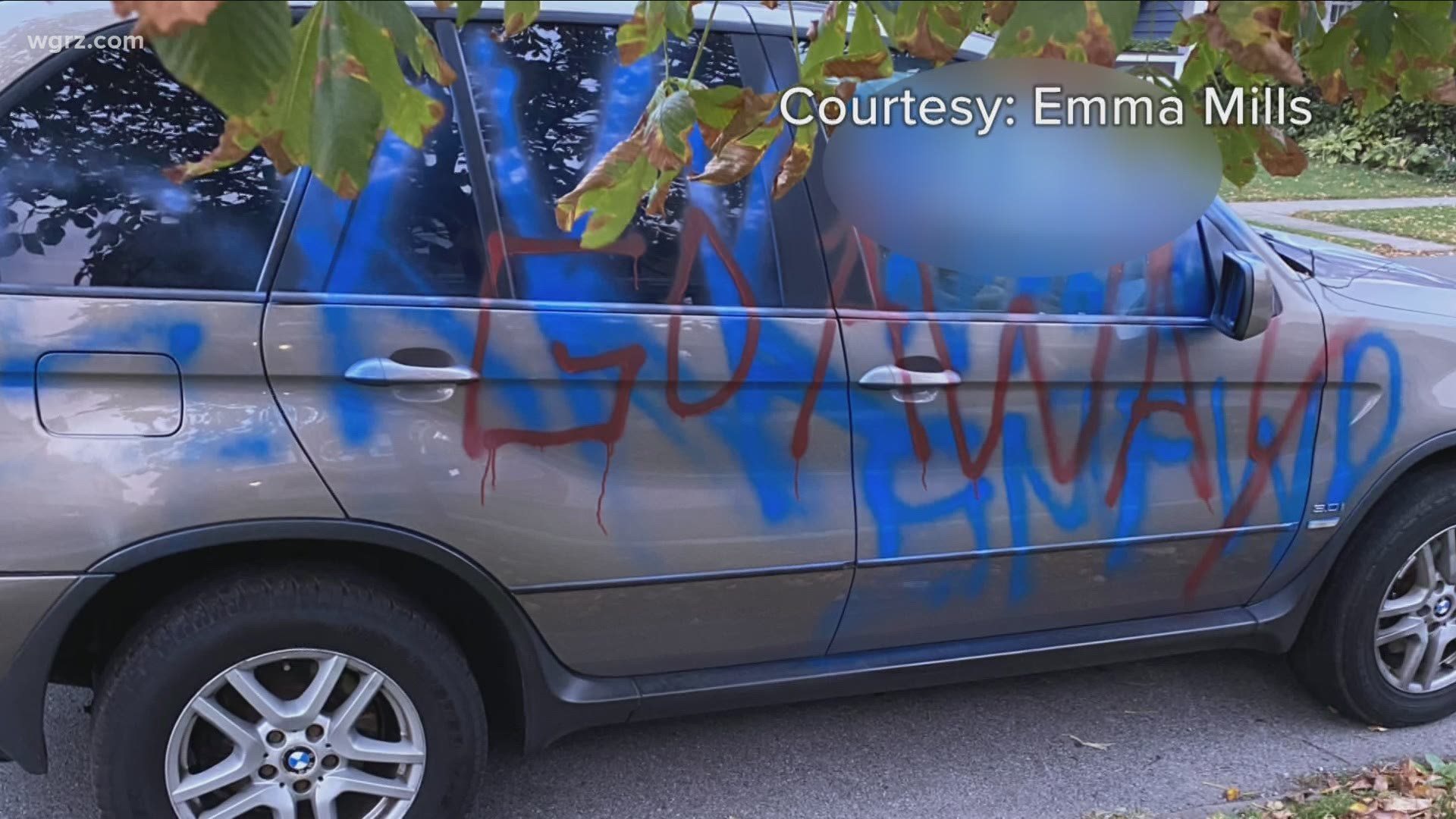 Now, Buffalo police are looking to learn who did it.

Messages of hate were spray-painted on a car in North Buffalo. According to a police report, the incident happened sometime overnight Wednesday into Thursday.

Swastikas, the N-word, KKK and profanity against Black Lives Matter were spray-painted all over the car, a BMW X5.

Also, it appears a brick was thrown at the car’s windshield.

The owner of the car, Emma Mills says she's confused someone would do this. She lives on Saranac Ave.

According to a police report, sugar was poured into the gas tank.

Residents on Saranac Ave. say they’ve never had any issues like this before.

Buffalo Police are investigating this incident as a potential hate crime.

Because there is a message of support for President Trump, also spray-painted on the car, 2 On Your Side has reached out to the Erie County GOP for a response.

Anyone with any information about this incident should call the BPD confidential tip line at 716-847-2255.