The crash happened just before 3 a.m. Saturday at a home at the corner of Carlton Street and Lemon Street. 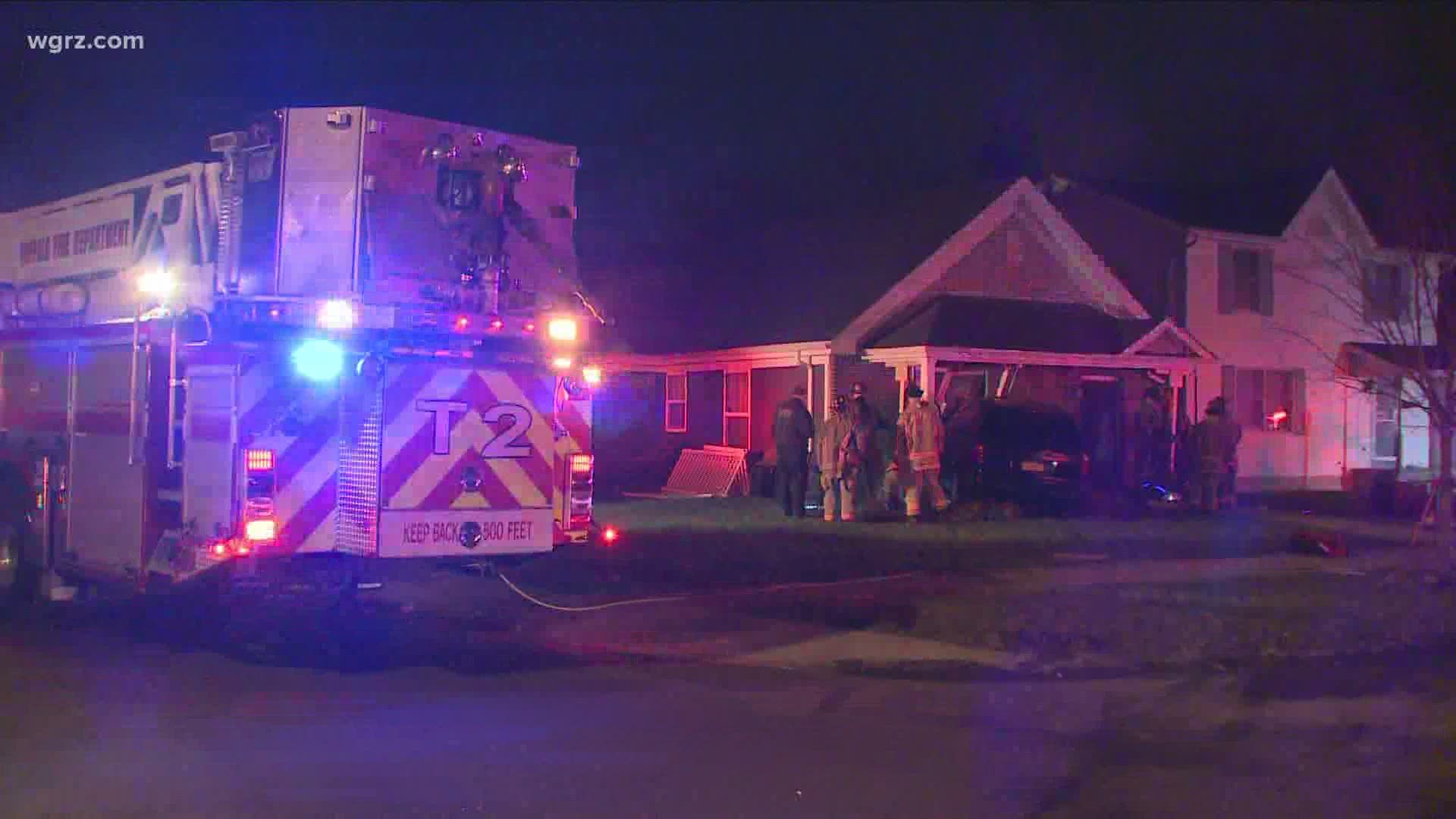 BUFFALO, N.Y. — A car crashed into a Fruit Belt neighborhood home Saturday. This isn't the first time the homeowner in this neighborhood has dealt with a problem like this.

Sherry Middlebrooks was asleep in her home on the corner of Carlton and Lemon Streets early Saturday morning when a car hit it and caused serious damage. The crash happened just before 3 a.m.

Police say the driver of a 2005 Dodge heading southbound on Lemon Street "apparently failed to make a complete stop at a stop sign and struck another vehicle" heading east on Virginia Street before hitting the house.

Police say that one passenger and two drivers were taken to local hospitals, where they were treated for non-life threatening injuries.

Buffalo Police say no charges have been filed.

"I heard a big bang, and I came out. I was like you've got to be kidding me. Not again," said Middlebrooks.

Middlebrooks says this is the second time a car hit her home. Someone crashed into her front porch back in September.

"They demolished the porch, and I was waiting for the porch to be fixed. And then tonight they ran into it, and the whole inside is damaged. It's not even livable," said Middlebrooks.

She thinks people are driving too fast and not stopping at nearby stop signs.

"They come through here all day and all night flying through here without any consideration for people living here. Kids are out here playing, and it's not safe," said Middlebrooks.

RELATED: Stabbing inside car on Newburgh Avenue leads to crash into house