Jim McNicholas, 74, was in the military for 24 years. At one point, he was stationed in El Paso, Texas, which is where he last saw his class ring. 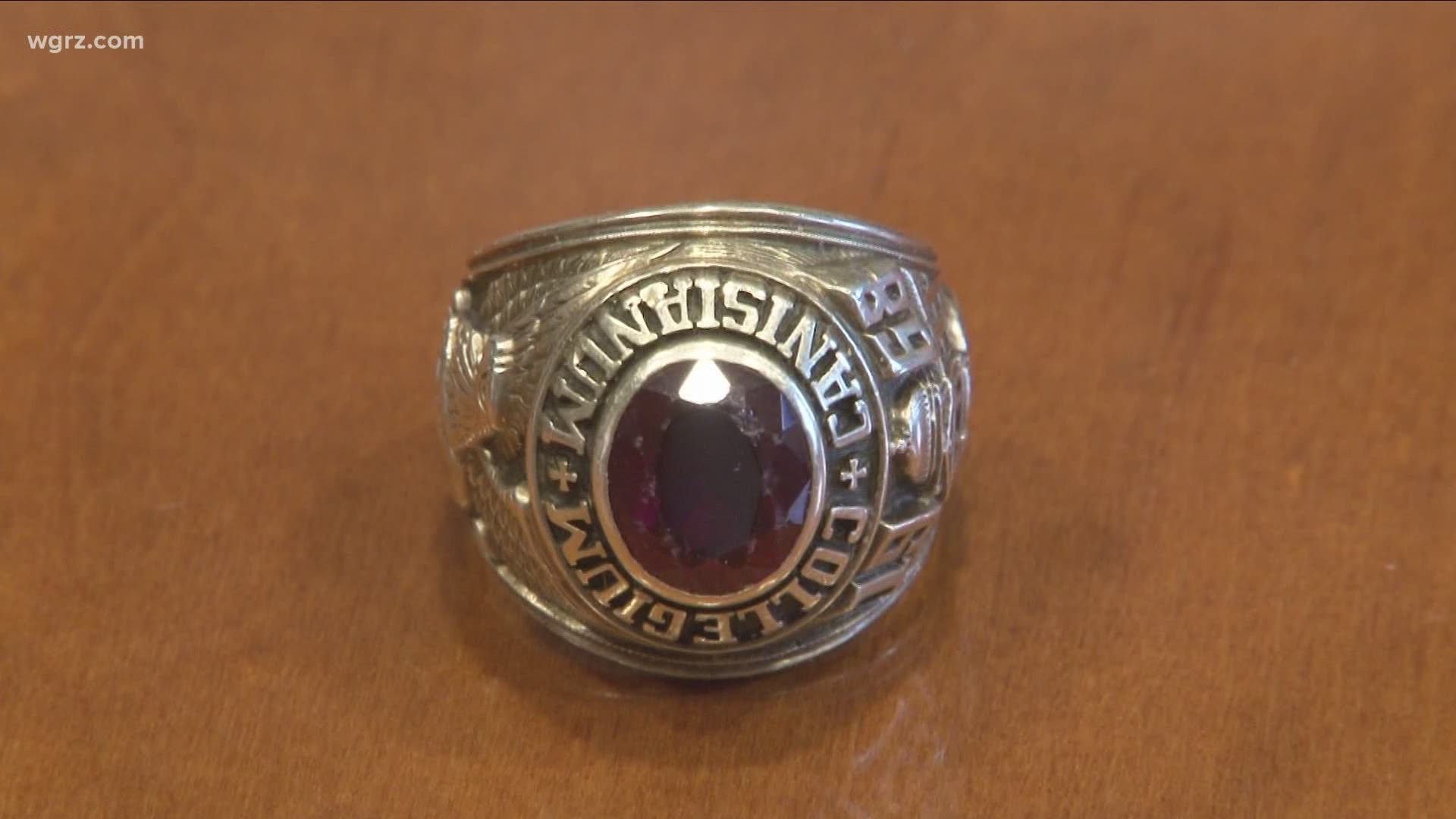 That's especially true when it reminds us of our past.

"This brings back a lot of memories," said 74-year-old Jim McNicholas, as he looked through his old Canisius College yearbooks.

For McNicholas, that can be found in two rings: his wedding ring and his 1968 Canisius College class ring.

"My experience at Canisius was just amazing. It's a very good influence on a person and I think that's what helped me be as successful as I was in the military," he said.

Not long after he graduated, he was stationed in El Paso, Texas. It was there, however, that he also lost one of the rings he held so dear.

McNicholas' late wife, Dorothy, got him a replacement, but he never did find the original ring his aunt and uncle bought him before he moved back to Buffalo.

Thirty years ago that landscaper gave the ring to the Nunez family, who are currently residing in McNicholas' old El Paso home.

They cleaned up the ring and put it away, until this month.

That's when their daughter noticed the name engraved inside the ring and decided to track down McNicholas.

"I just couldn't believe I was seeing the ring that she sent with a bow on it,"
he said. "I told her, 'There needs to be more people like you in this world to be doing what you're doing.' "

Now McNicholas finally has the ring that gave him a sense of accomplishment.

"I was just very proud to be the first in my family to go to college," he said.

His wife isn't able to see this moment though because Dorothy's battle with cancer ended in 2018.

However, he's still able to put two of his most valued possessions side-by-side.