Canadians buzz through Buffalo as a way to beat border closure

Helicopters landing at Buffalo airport bring Canadian "snowbirds" who've become creative in their bids to head to their winter homes. 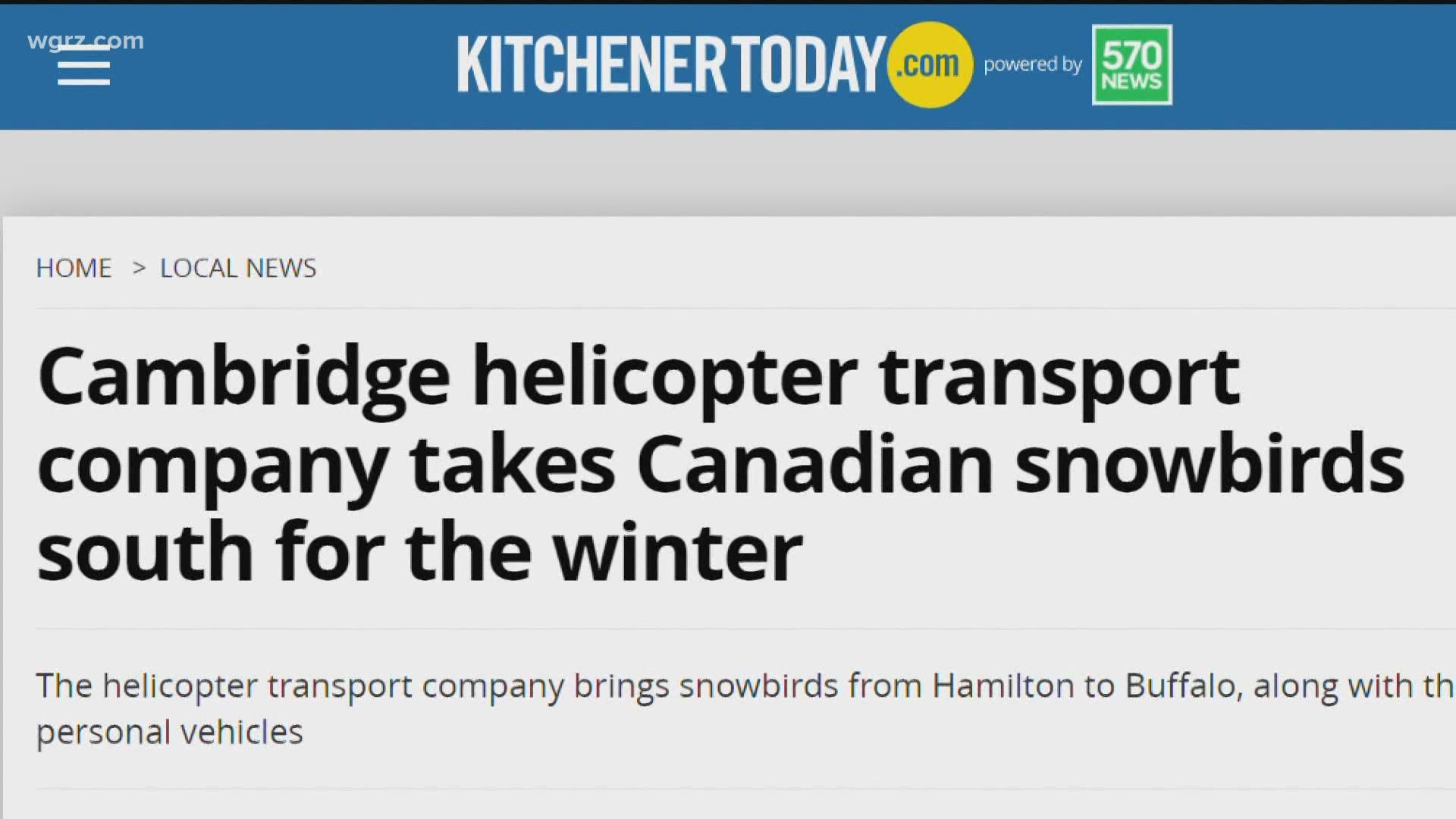 BUFFALO, N.Y. — Some Canadian snowbirds have gotten creative in their efforts to travel to warmer climes for the winter.

Many of them have been traveling through Buffalo and getting their cars across despite the border being closed.

According to Canadian media reports, the principles of a helicopter company and a trucking company (both based near Hamilton, Ontario) brainstormed after both of them had relatives who were chagrined that their normal course of travel with their cars to their winter homes in the southern U.S. had been disrupted.

As a solution, Great Lakes Helicopter is offering flights across the border with up to three passengers for the 35 minute trip to Buffalo.

When they land their passengers will find their vehicles, packed with whatever else they wanted to bring, waiting for them... having been sent over on car carriers operated by GRM Transportation.

Once the passengers land they can get into their cars and drive to their destination.

As it stands, Canadians can fly into the United States. However, there are many Canadian snowbirds who take their cars with them on their annual southern sojourns, and who can't do that as they normally would because the land borders are closed.

It appears there are no shortage of takers for the inventive service.

One aircraft tracking site shows there were 18 such trips made over the past weekend alone.

On its website, Great Lakes says it is offering five flights between Hamilton and Buffalo per day, five days per week.

According to an article in Kitchener.com the flights began quietly in October, and the "the service is a one-way trip, with snowbirds expected to return on their own via their vehicles through the Canada-U.S. border."

Though "non-essential" travel, including leisure trips, from Canada into the U.S. is currently not allowed over land borders, once in the United States there is no restriction for Canadians seeking to cross the land border to get back home. 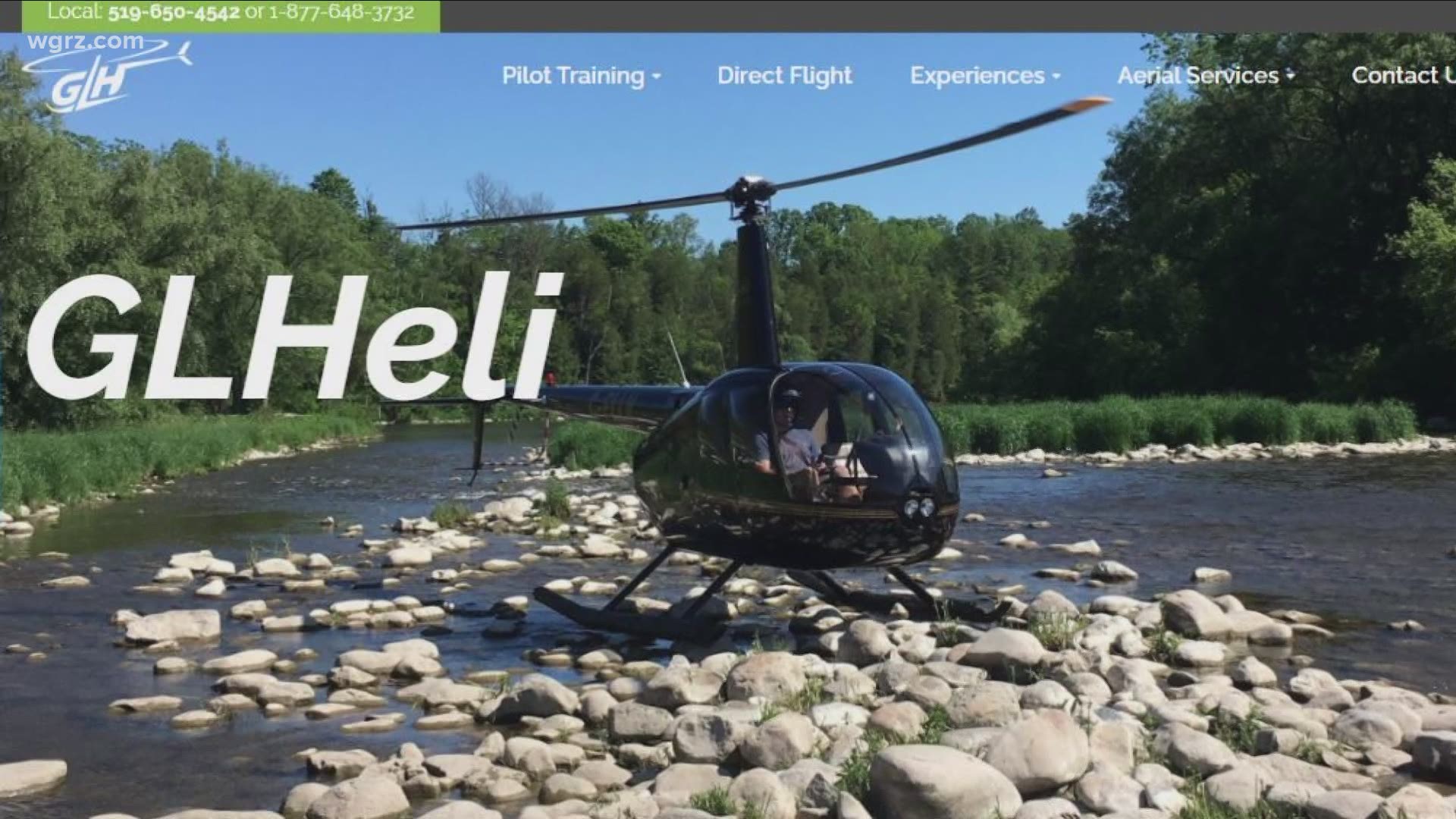