Demonstrators got together in Niagara Square Wednesday evening to hold a peaceful rally one day after the conviction of Derek Chauvin. 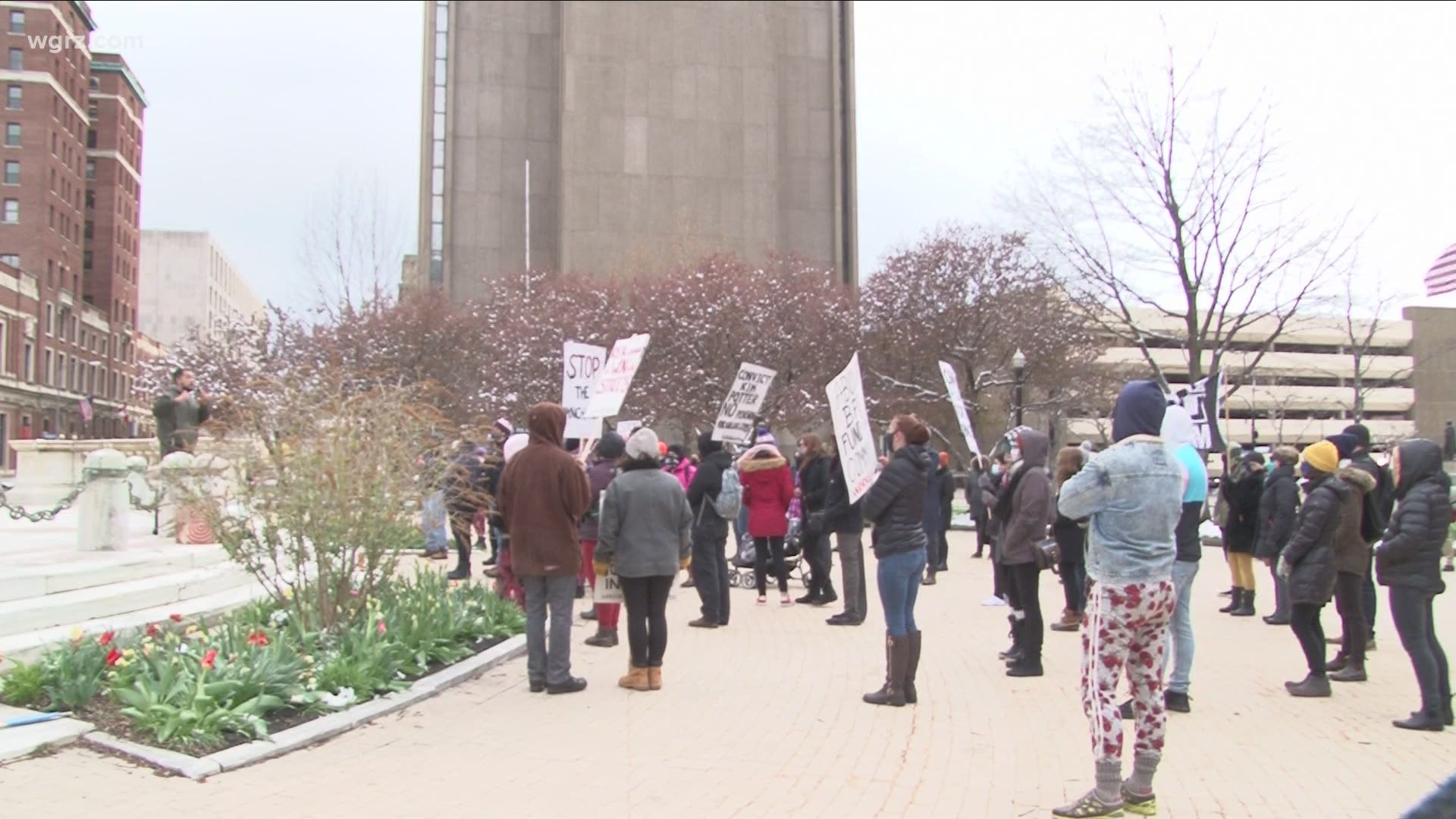 BUFFALO, N.Y. — Demonstrators got together in Niagara Square Wednesday evening to hold a peaceful rally one day after the conviction of Derek Chauvin. Those in attendance said they wanted to rally to show that they want peace, but they are not relieved.

One of the demonstrators told 2 On Your Side's Claudine Ewing, "It's hard to feel relief when just hours after hearing a guilty verdict for an issue of police violence you find out a 16 year old is murdered by police in a state that is not too far. Relief I definitely wouldn't use that word. But I mean, surprise, thankfulness for this one chance of accountability and hope that it will continue."

And before it was all said and done they got on their knees for 9 minutes and 29 seconds.