The Batavia farm worker was set to appear in Immigration Court on Tuesday, but the judge delayed the hearing. 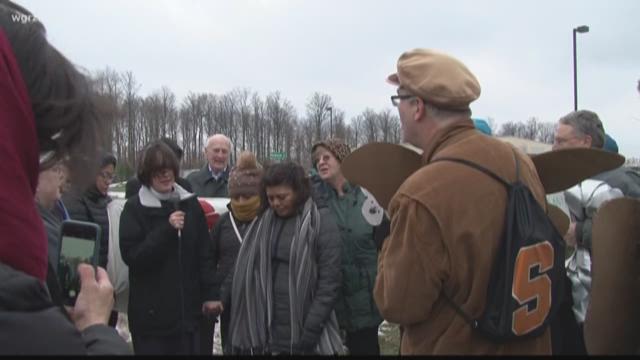 BATAVIA, NY - A board member of the Workers' Center of Central New York could face deportation because she's an undocumented worker.

Dolores Bustamante says she has worked year-round at an apple orchard, and her attorney says she should be allowed to stay because her only run-in with police was a traffic stop.

The case has gotten attention across the state, with supporters of Bustamante rallying for her outside the courthouse Tuesday.

She was set to appear in court Tuesday, but the judge delayed the trial due to interpreter issues.

Bustamante is now scheduled to appear May 8th.