No repairs were made to the structure for months before emergency demolition was ordered. 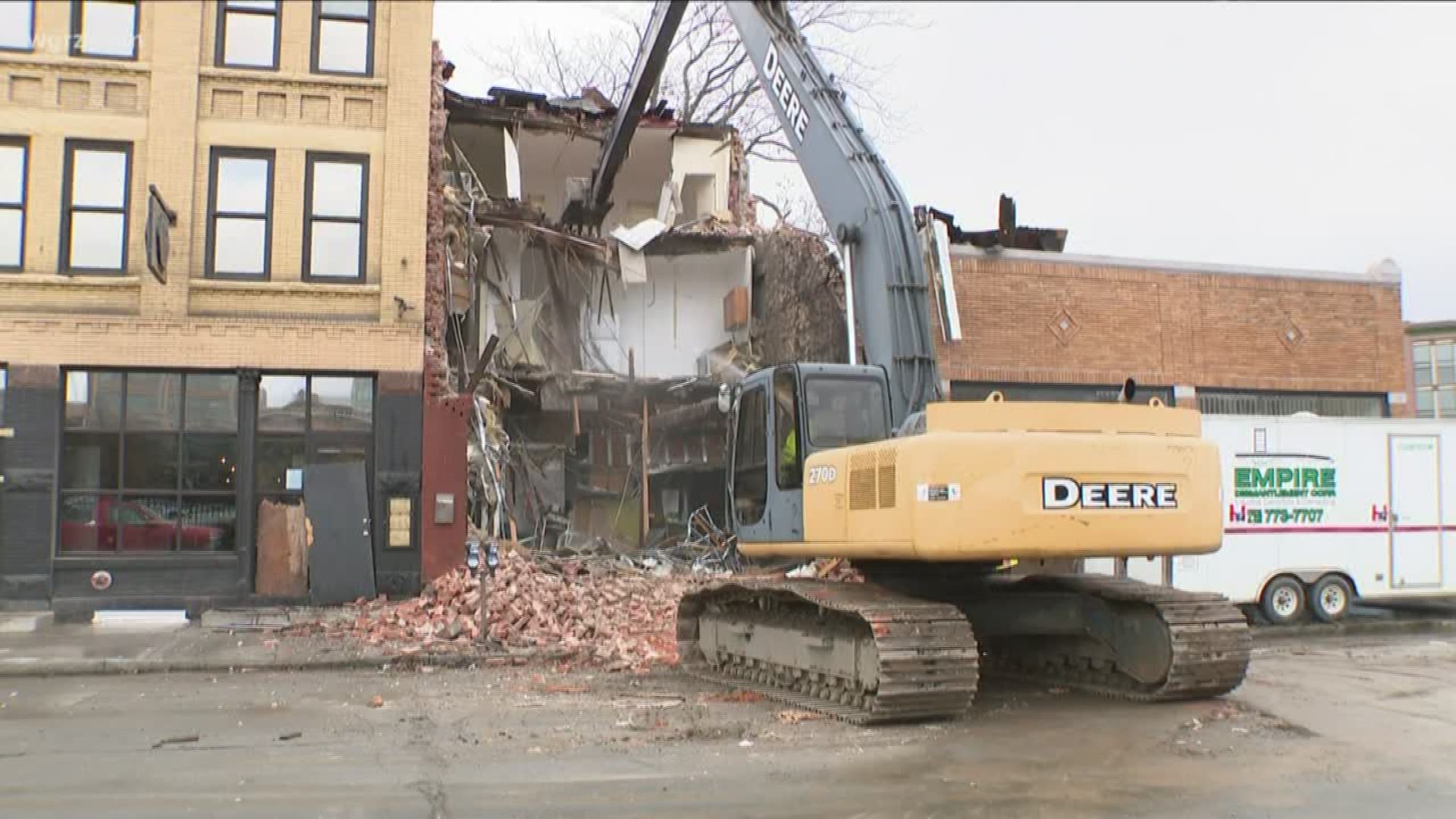 BUFFALO, N.Y. — It's difficult for Susan Adamucci to even be near where her bakery was.

“I can’t even put into words how devastating it is,” said Adamucci today as she stood across the street from 435 Ellicott Street in Buffalo.

Last week the structure, which housed Two Wheels Bakery, was the subject of an emergency demolition. The roof had been compromised. This comes after the building was condemned in August following a chimney collapse, which revealed structural problems.

Today, the location is a pile of rubble. Gone with the building is most of Adamucci's baking equipment.

She rattled off items she lost, "the hoods, the refrigerators, the freezers, the ovens, the deli case, all of our countertops, everything.”

Added up, it amounts to about $50,000 of equipment says Adamucci. While she works with her insurance company on a claim for the lost goods, a GoFundMe page has been set-up to help.

The Ellicott Street building was owned by Bruce Adler, 72, of New Jersey. 2 On Your Side has not yet been able to speak with him.

When the structure was deemed uninhabitable in August, a city official says Adler was notified. Instead of making repairs, the building was put up for sale.

Meanwhile, Adamucci is borrowing space in another bakery to fill December orders trying to focus on rebuilding her gluten-free bakery. A location on Grant Street in the Blackrock neighborhood is being built out. She just can't say when it may open.

RELATED: All of Ellicott Street open again after chimney collapse