Buffalo Police Captain Jeff Rinaldo said a gun was found that looked exactly like a Glock 9 millimeter, but turned out to be a BB gun. 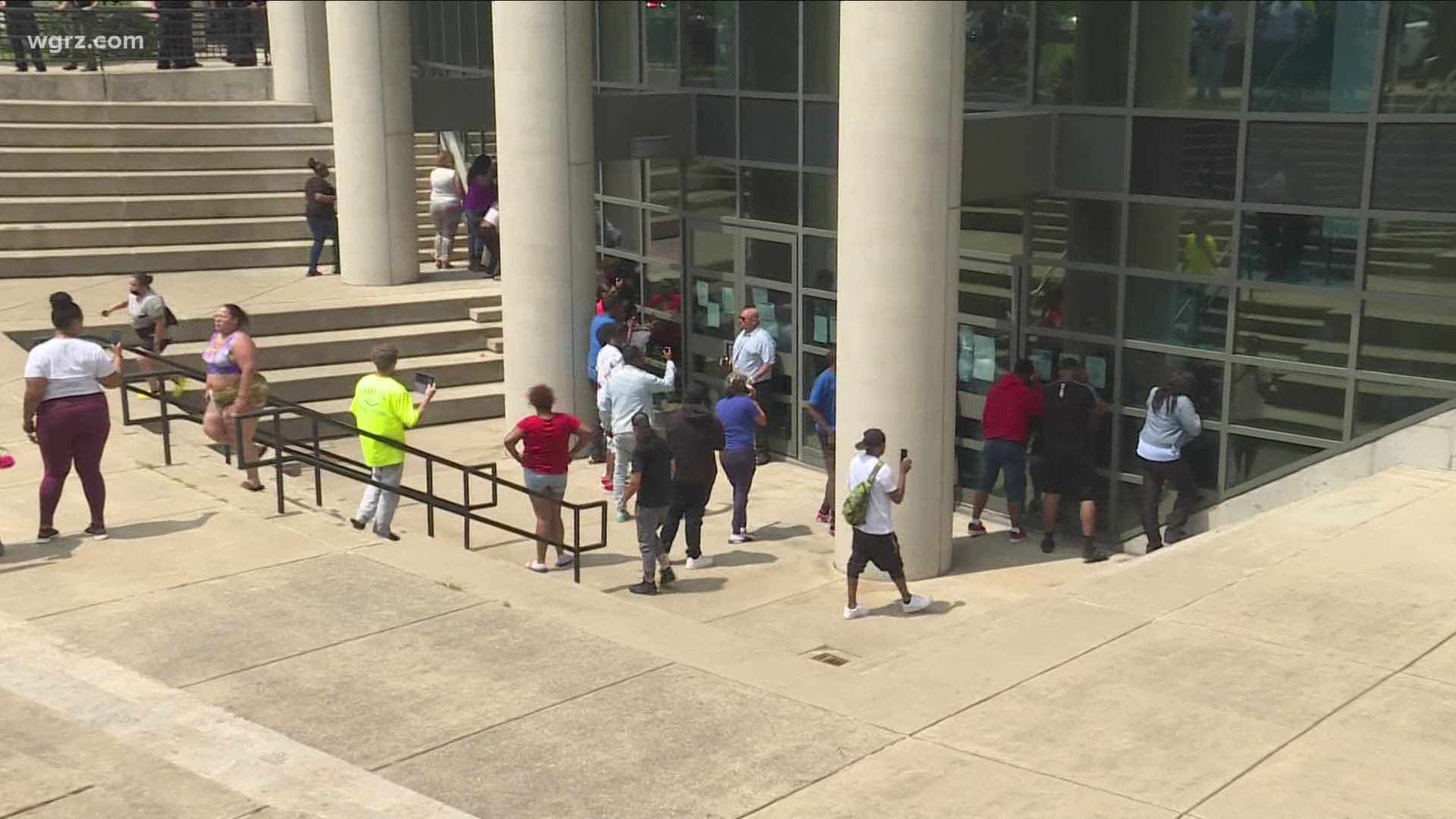 BUFFALO, N.Y. — A 14-year-old male has now been charged in an incident that forced the lockdown of the Charles R. Drew Science Magnet School Thursday afternoon.

Buffalo Police say the teen has been charged with unlawful possession of a weapon for a person under 16 years old.

The events started following a report of a possible weapon in the school.

Buffalo Police Captain Jeff Rinaldo said a student called his mother to say he thought he saw someone in the bathroom with a gun. The mother in turn called the school and the school notified police.

Students were moved in two groups to other parts of the building while officers and K9 units searched the building. That search turned up, what Rinaldo said, was a BB gun that looked exactly like a Glock 9 millimeter pistol in a classroom with nine students.

Those nine students were interviewed by police.

The school is part of the Buffalo Museum of Science building in Martin Luther King Park.

"A systematic classroom by classroom search occurred," Rinaldo said. "As students are brought out of the classroom they are searched to determine and make sure they don't have a weapon. They are then taken to an area that has already been searched by K-9s in a gym or cafeteria to ne held, and then officers search that classroom and they do that room by room."

Buffalo Police officers noted it is illegal for anyone under 16 years old to have a BB gun.

Parents were verbally upset as their students were locked in the school during the investigation on Thursday afternoon, but officers tell us a safe search was critical.

Chaotic scene at Drew Science Magnet School with police on scene with report of gun seen in school. Parents also upset for some reason. Some students being kept in school on lockdown. Waiting for more information on exactly what is happening. @WGRZ pic.twitter.com/wpN0Dq00p1