The grants will be used to remediate two sites on Northland Avenue, one of them being the old Curtiss-Wright facility and prepare them for shovel-ready projects. 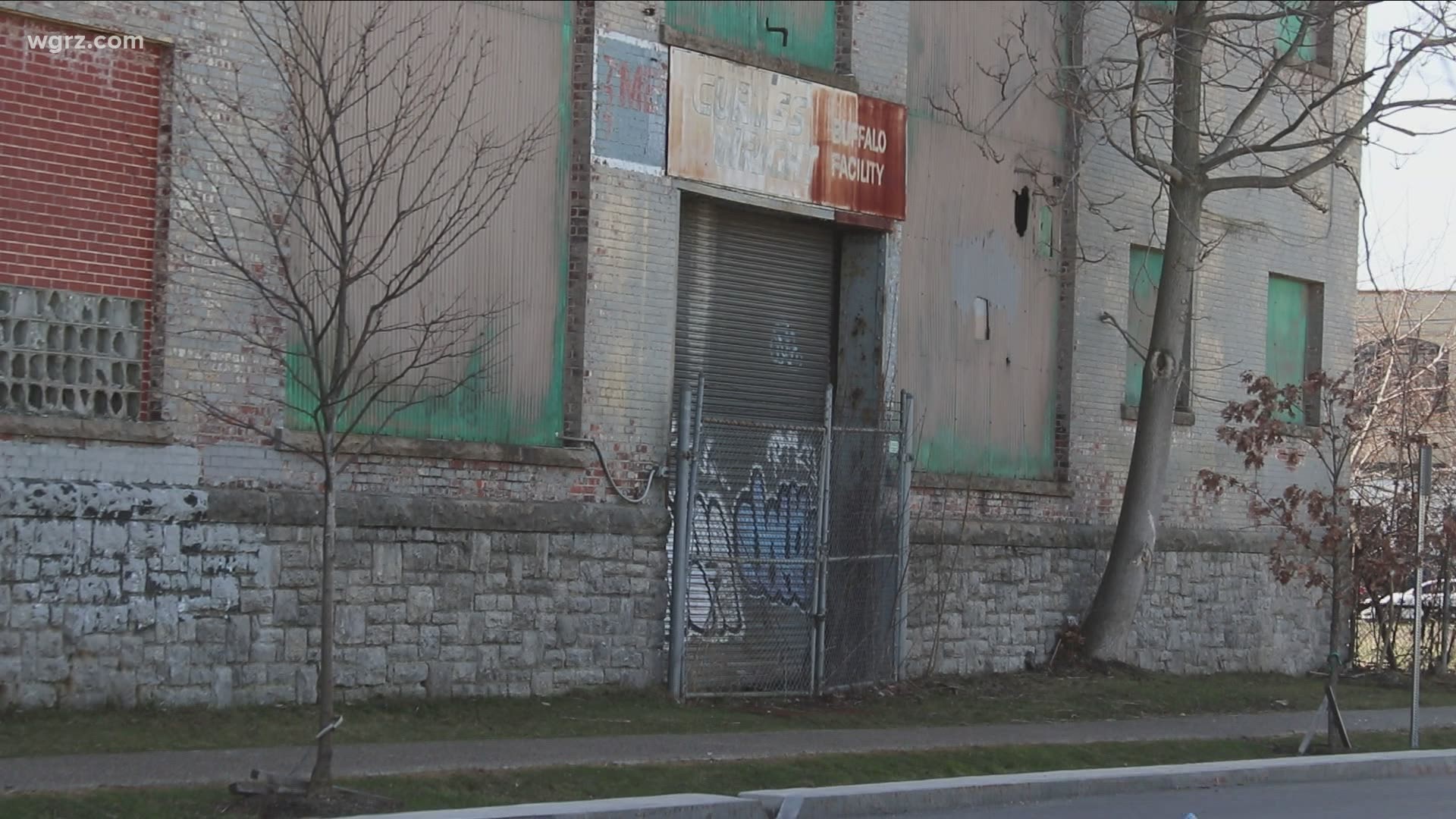 "Those two properties have been targeted by Buffalo Urban Development Corporation, as properties that have the ability to be redeveloped for manufacturing purposes," Said Ken Kujawa, National Grid Regional Director.

The grants will be reimbursed after the work is completed. The two sites identified for future development that will benefit from this grant are 631 Northland Avenue and 777 Northland Avenue.

The site at 777 Northland Avenue is the former Curtiss-Wright facility that shuttered in the early 90's and has been neglected ever since.

"What they're going to do is demolish a portion of the building in order to get it to shovel ready, and that's where our economic development grant is going to come in and play a part," Kujawa said.

A portion of the former Curtiss-Wright facility is already collapsed, it's anticipated that this is the section that will be removed when remediation begins.

Kujawa cited the success of the Northland Workforce Training Center as a reason National Grid is continuing to invest in the corridor.

"Our manufacturing community needs to have a pipeline to a skilled workforce that can come in and replace those workers that are retiring or leaving the workforce," Kujawa said. "We need to make sure that those manufacturing firms remain viable in western New York."

Tonight on @WGRZ, two long-neglected sites on Northland Ave. have been awarded grants by @nationalgridus to be remediated and made shovel-ready for development. The grant was given to @BUDC_NY and they will oversee the work that is planned. pic.twitter.com/JcczE5hSyd

Kujawa also indicated that it's beneficial for National Grid to invest in neighborhood economic development because as businesses expand, they'll ultimately be customers.

"That pipeline to employees is such a critical issue that it's not just National Grid, the whole community has rallied around Northland and its mission, and we're just glad to be a part of that," Kujawa said.