Saturday, neighbors launched a membership drive to get people supporting and voting for issues concerning community control of 50 vacant lots the city has agreed to transfer over to the Fruit Belt Community Land Trust. 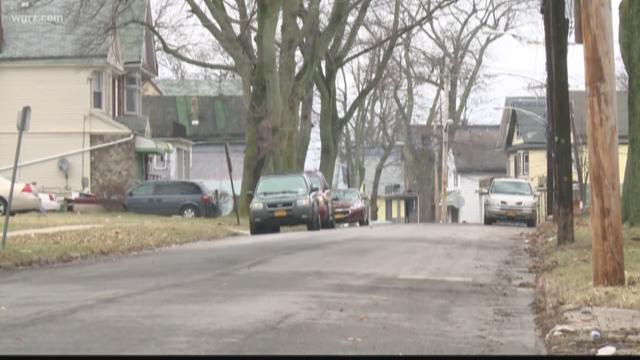 BUFFALO, N.Y. – Residents of the Fruit Belt neighborhood in the City of Buffalo are celebrating a win for the fight against gentrification.

Saturday, neighbors launched a membership drive to get people supporting and voting for issues concerning community control of 50 vacant lots the city has agreed to transfer over to the 'FB Community Land Trust.'

The Fruit Belt, one of Buffalo's oldest African American communities, sits perilously on the edge of the ever-expanding medical corridor, and residents hope community control will help keep rent affordable.

First, it was parking. Medical campus employees looking for free parking were filling up the street spots in the residential neighborhood.

Then, it was rising rent to due rising property values. For several years now, the Fruit Belt community has fought the forced change in their neighborhood, which sits perilously on the edge of the ever-expanding medical corridor.

Recently, the Fruit Belt Advisory Council and the City of Buffalo agreed to steps that will aid in the fight against gentrification.

"This is huge. The existence of the ‘FB Community Land Trust’ is going to ensure permanent affordable housing,” said India Walton, vice president of the council. “The Land Trust will own the land and issue 99 year leases to anyone who wants to develop on the land.”

With the establishment of the FB Community Land Trust, the city has agreed to work with the neighborhood on land acquisition.

Members of the land trust eventually want the 200 vacant lots the city owns in the Fruit Belt, but to start, they're getting 20. Over five years, the city will transfer over 50 or so lots to the Land Trust.

Walton applauds Common Council member Darius Pridgen, who put a moratorium on Fruit Belt land while the community figured out what to do.

He was aware of the land acquisition idea when we spoke to him about Fruit Belt concerns last year.

"I think what it shows is that we're not afraid to try something new,” Pridgen said in 2017.

To Walton, the future is bright.

"I see an increase in home ownership, I see a decrease in crime, and I really see an improved quality of life for the people, not only in the Fruit Belt, but all across the East Side,” Walton said. “I think that this can be a great model for what other neighborhoods can do to not only ensure affordability but also to spur economic development in their neighborhood.”