A food critic for the Daily Beast says Buffalo should be considered the country's pizza capital. 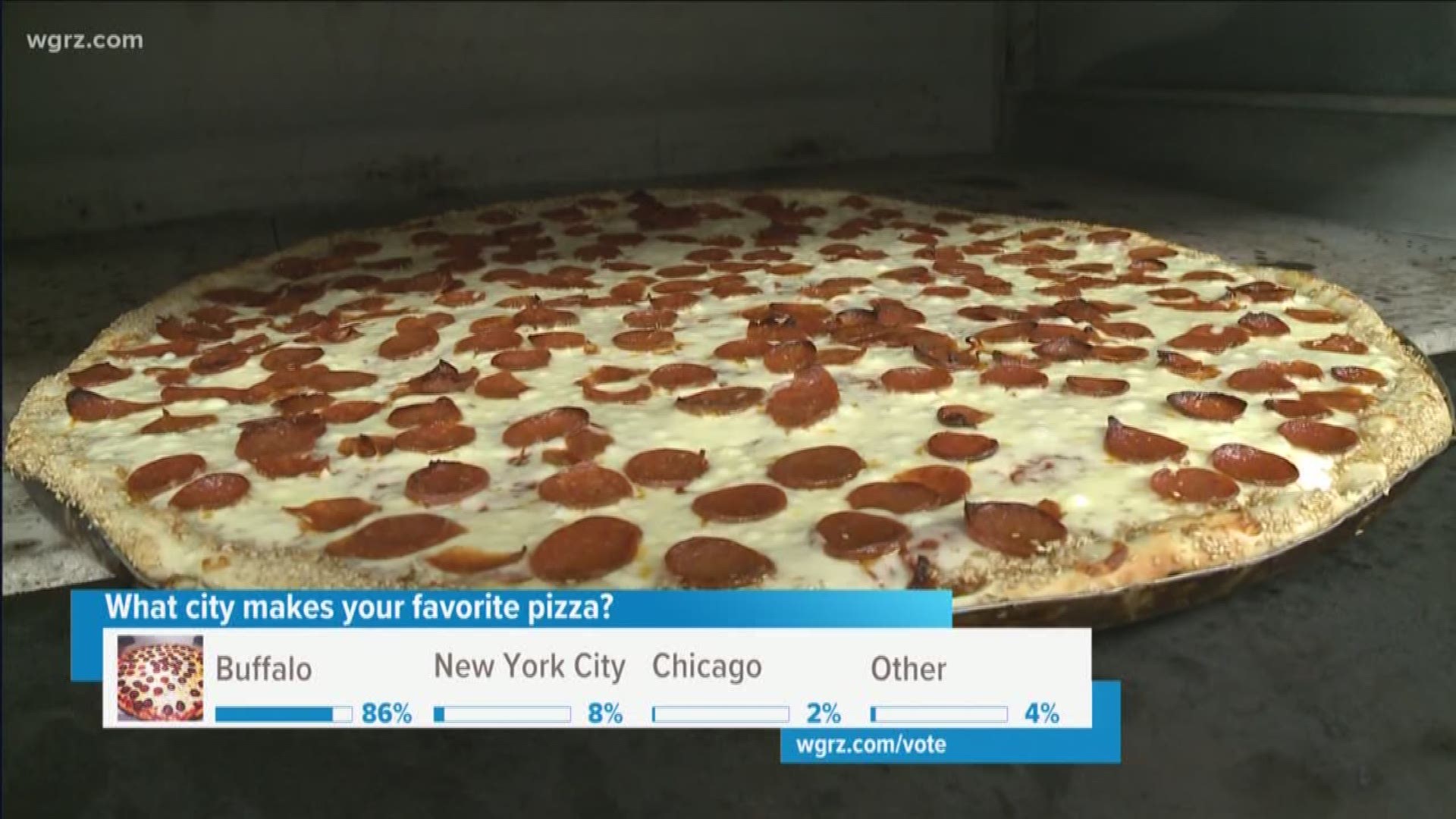 You may have seen an article published by The Daily Beast, where a food critic says Buffalo should be considered the country's pizza capital.

We want to know if you agree, so click here to vote and let us know which city you think makes the best pizza. Your choices are the major names in the conversation: Buffalo, New York City, Chicago, or "other."

Food author Arthur Bovino makes the case for Buffalo not just on taste, but by pointing out there are more pizzerias per person here than places like New York City.

He also highlights the signature taste of Buffalo pizza - sweeter sauce, cup and char pepperoni, and a thick fluffy dough.

"When you get out of Buffalo, it's all chains," says co-founder of La Nova Pizza, Joe Todaro. "That's why no chains really make it in Buffalo. Our pies are just so good."

2 On Your Side even spoke with a couple from Birmingham Alabama while at La Nova Monday afternoon, who agree with the article. They say they look forward to the pizza every time they visit the Queen City.