Driver arraigned in car crash into Bottoms Up bar 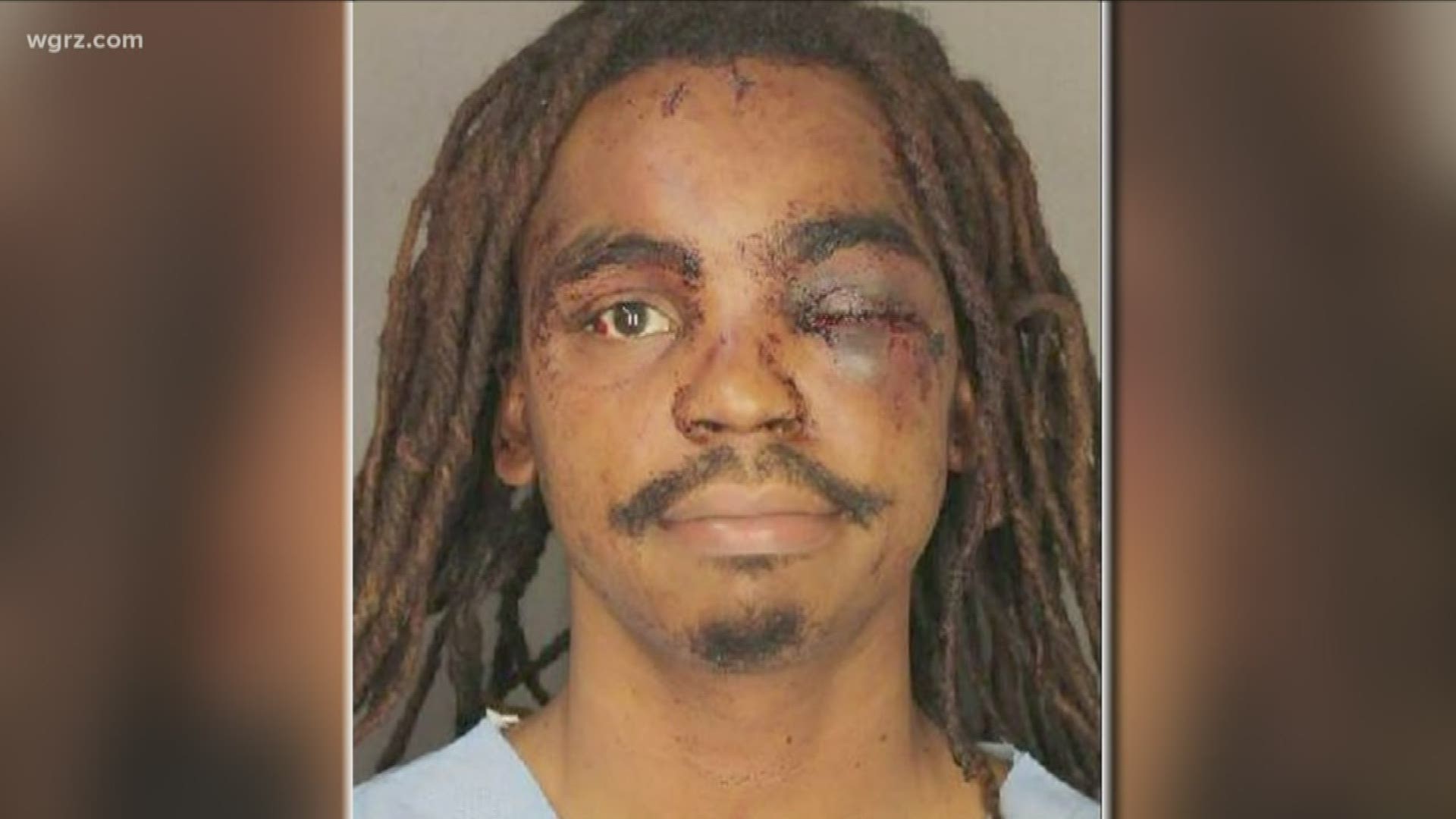 BUFFALO, N.Y. — The 24-year-old man who Buffalo Police say crashed a car through the front of a bar on Chippewa Street on Sunday morning made his first court appearance on Monday.

Najeeb Shabazz Jackson was arraigned on charges of reckless endangerment, assault and criminal mischief. Other charges are pending.

Buffalo Police say the crash occurred around 4:20 a.m. at Bottoms Up in the heart of the Chippewa entertainment district. Several people were injured in the incident.

Jackson and a few patrons of the bar were injured, but police say their injuries do not appear to be serious.

The crash is still under investigation, and Jackson is due back in court Friday for a felony hearing.

Meanwhile, Erie County District Attorney John Flynn has other concerns, amid reports that an armed security guard in the bar fired off a shot during the incident.

"The fact that he chose to fire a weapon with what appears to be a number of people gathered around the bar is initially disconcerting to me," said Flynn. "I want to make sure that is justified, so I am looking into that as well."

Jacob A. Piorkowski, an attorney with the Tarantino law firm who represents Bottoms Up, told 2 On Your Side, "I believe that the guard in questions was the primary one hit by the vehicle."

Piorkowski also says a review of additional video footage may clear up whether any shot was indeed fired, because what he's seen thus far doesn't clearly establish that.

"What you can see in that video, is that he does draw his weapon as soon as he stands up...and the individual who is driving the car gets out with his hands up and then lays down on the ground with his belly," he said.

Buffalo police did not charge the security guard.

"Just because the Buffalo Police Department decided not to arrest the security guard, that does not mean that I'm not looking into it," said Flynn. "It could very well be that his actions were justified, and if they were I will publicly say that, but this entire matter and anyone tangentially involved will be looked at."

Bottoms Up released a public statement regarding the incident on their Facebook page:

For nearly 20 years Bottom’s Up has been proud to serve downtown Buffalo. One of the primary reasons that we have been able to remain open for almost two decades, is that we have always placed a premium on the enjoyment and well-being of our guests.

Early this morning, Sunday, August 4, 2019, just after closing, an individual who was denied entry to our establishment earlier in the evening, drove his vehicle through our front doors with an intent to cause damage, and to possibly harm the staff who would not allow him onto the premises earlier.

At this time, no serious injuries have been reported. We are incredibly thankful that our security and staff were able to protect our guests. Their quick thinking and unwavering commitment to the safety of our guests was on full display during this unthinkable incident.

We are currently working with the Buffalo Police Department to assist in their investigation of this incident.

We look forward to re-opening Thursday and hope to see you at Bottom’s Up again!