Amid a corruption trial into bid rigging surrounding the Buffalo Billion initiative, there were new question Friday about the future of the Tesla plant in south Buffalo and New York's $750 million investment into the facility. 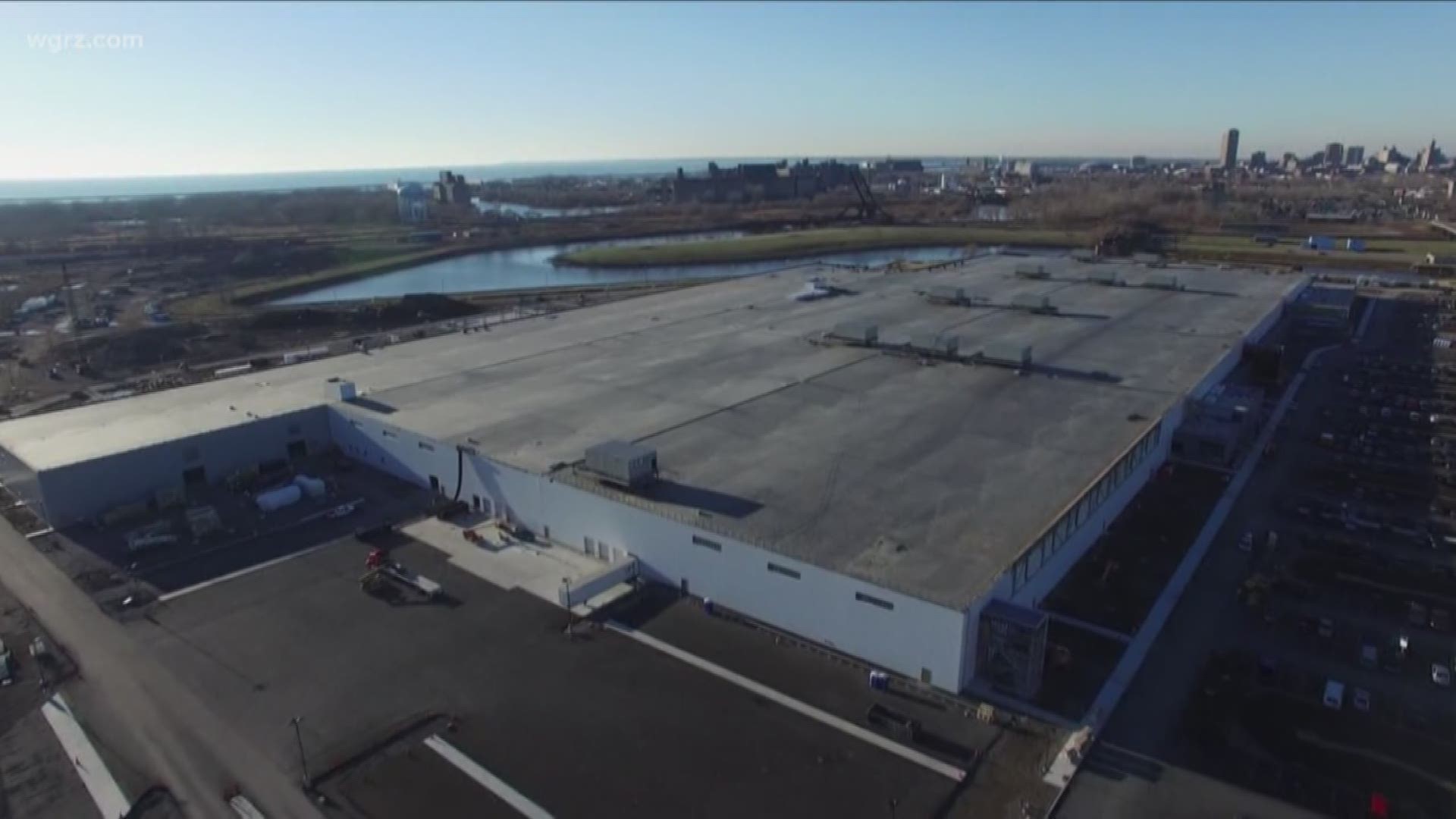 ALBANY — Amid a corruption trial into bid rigging surrounding the Buffalo Billion initiative, there were new question Friday about the future of the Tesla plant in south Buffalo and New York's $750 million investment into the facility.

Much of the trial, which completed its first week Thursday, centers on SUNY Poly's role in the Riverbend project, which includes the massive Tesla plant where it and Panasonic are partnering to produce solar panels for residential roofs.

On Friday, Reuters reported that Tesla's recent plans to cut 9 percent of its workforce will target its residential solar business that it bought from SolarCity two years ago for $2.6 billion.

The report, citing internal documents and interviews with current and former employees, said Tesla plans to close about a dozen of its 60 installation facilities, including in New York.

But Tesla downplayed the impact on the Buffalo plant, which started making the solar roofing tiles late last year.

In fact, Tesla said it is ahead of its hiring plans in Buffalo, with about 600 employees already, and ahead of its spending commitments.

"Our energy products are critical to our mission to accelerate the world’s transition to sustainable energy, and we continue to expect that Tesla’s solar and battery business will be the same size as automotive over the long term," the company said in a statement.

The cuts are in part aimed at ending the sale of solar panels at Home Depot and instead sell the products at its Tesla retails stores and online.

"One of the main reasons we acquired SolarCity was to use our Tesla stores to sell not only cars, but also Powerwall and Solar," the company said. "Tesla stores have some of the highest foot traffic of any retail space in the country, so this presents a unique benefit that is demonstrated by the growing number of Tesla vehicle customers who are also purchasing energy products through our stores."

Even if the project reaches Gov. Andrew Cuomo's goal of 5,000 jobs, it would still cost taxpayers about $115,000 in subsidies per job, according to Reinvent Albany, a good-government group.

There was no immediate comment from Empire State Development, the state's economic development arm, on the latest announcements by Tesla.

Cuomo has praised the Buffalo Billion initiative, saying the $1 billion investment into upstate's largest city has been transformative.

The project, though, is now part of the corruption case involving Kaloyeros, who Cuomo tapped as his economic-development czar to expand the success at the nanocenter in Albany to other upstate cities.
Prosecutors allege Kaloyeros colluded with the other developers to steer the projects their way as they contributed to Cuomo's political campaign.

Kevin Schuler, an ex-vice president at LPCiminelli in Buffalo, told jurors Thursday that Ciminelli and Kaloyeros fixed bids to benefit the company in 2014.

"We had significant influence on the project; we had influence into the RFP, influence in the process that was going to select the winner so that we would be chosen," Schuler, who has pleaded guilty in the case and is cooperating with prosecutors, said, according to the Times Union in Albany.

The case and the future of the Tesla plant has become a key issue in the governor's race as Cuomo seeks a third term.

"The evidence is clear, whether it's the Syracuse film hub, Solar City or Start-Up NY, Andrew Cuomo's job development policies are not only corrupt but a complete and utter disaster for New Yorkers," Molinaro, the Dutchess County executive, said.