Canalside canals to be converted into roller rink

Starting August 20, the canals at Canalside will be filled with people on roller skates. 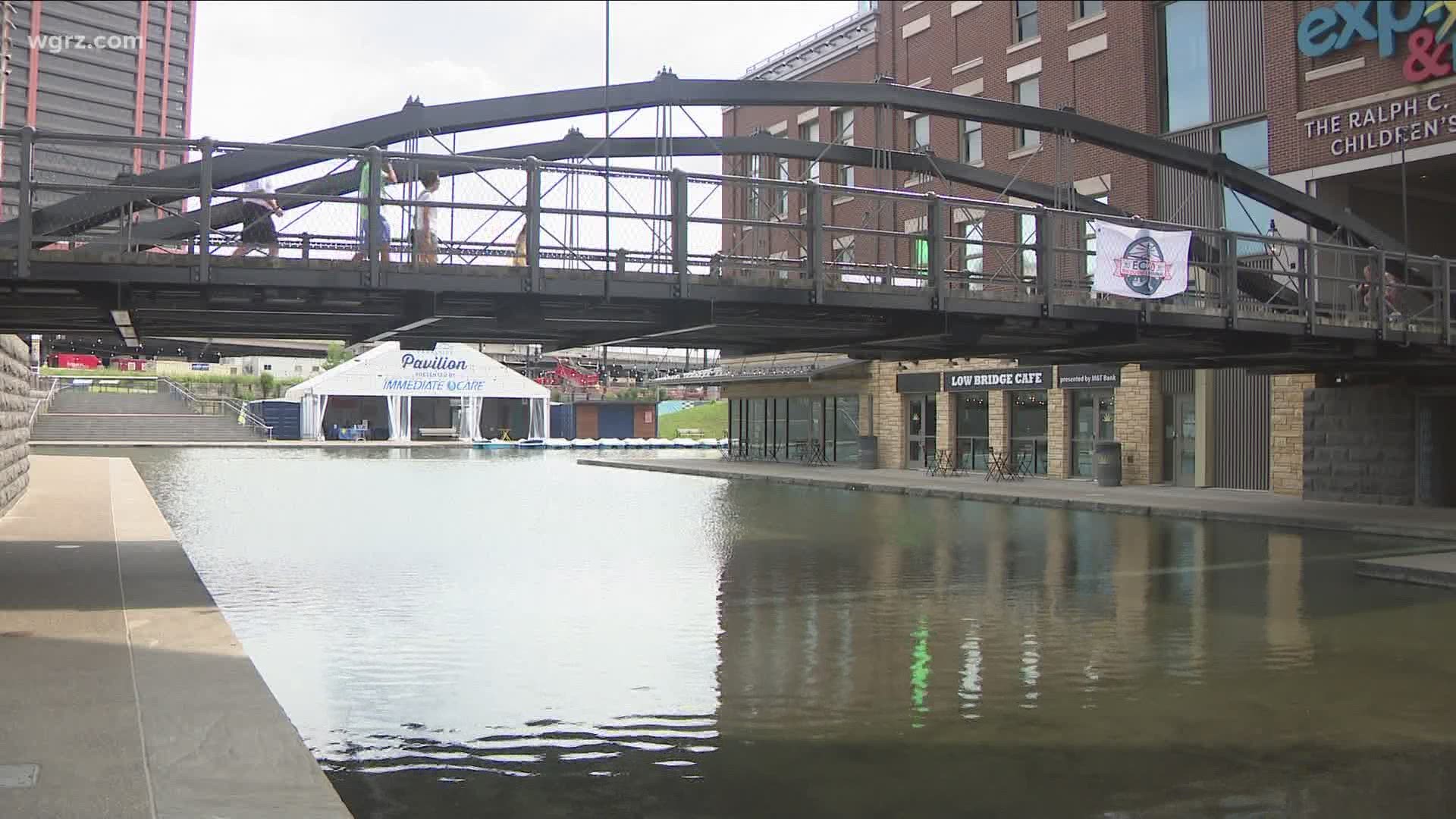 BUFFALO, N.Y. — The canals at Canalside are getting a temporary makeover. What is normally waterways in the summer and ice in the winter will now be a roller rink in the fall.

The Erie Canal Harbor Development Corporation (ECHDC) will be opening the seasonal attraction from August 20 until October 31. It will be the largest outdoor roller rink in New York State.

The canals will be drained starting August 9 to allow for crews to put up the outside borders used during the ice skating season which will serve the same purpose for roller skaters.

According to Lauren Moloney Ford with the Buffalo Waterfront Management Group, it's all part of an effort to keep things fresh at Canalside and to bring more visitors during what is the traditional "shoulder season," which is an off-peak time for Canalside during the late summer and early fall.

"We're always trying to reinvent Canalside and come up with new fun activities for people," she said.

Admission will be $6 for adults and $2 for kids under 13. Skate rentals will be available for $4.

While visitors may bring their own roller skates, inline skates, or rollerblades, will not be permitted.

"We are actually only going with roller skates, the traditional four wheel type," Maloney Ford said. "In terms of inline skates, we are asking that skaters leave them at home. We've done some research, and at other skating rinks, concerns have been raised about skaters going too fast on inline skates."

“For those around in the 70s at the height of the roller disco era, you know how much fun a pair of polyurethane wheels and good tunes can be, and roller skating is seeing a resurgence as a fun activity for all ages. We’re thrilled to bring this new attraction to the community on Buffalo’s waterfront,” ECHDC Chairman Robert Gioia said.

There will also be several community events connected to the rink like free skate nights, theme nights and pop-up markets.

The hours of operation will be: