The improvement work will start Monday on Chippewa Street and will eventually include Franklin and Court streets. 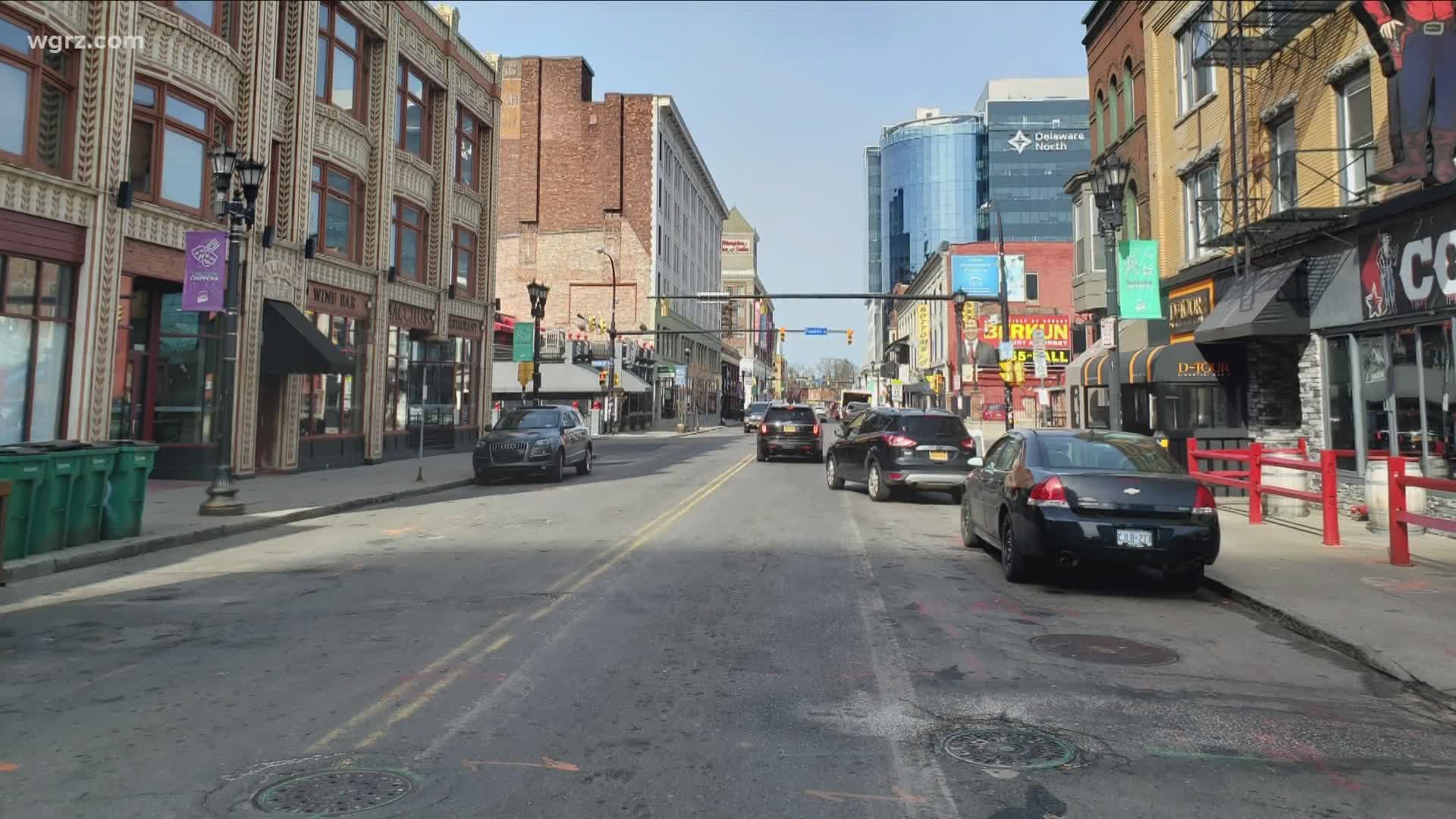 BUFFALO, N.Y. — Buffalo is planning a major makeover for Chippewa Street and the rest of the downtown entertainment district.

Mayor Byron Brown announced Friday that work will start April 5th on an $8 million project to expand sidewalks and add lighting along Chippewa to give more space for outdoor activity.

The mayor says the project was inspired by the expanded outdoor dining that was offered along the street during the pandemic.

"We worked with entertainment district business owners to create a safe outdoor space on Chippewa Street that was extremely popular and kept many businesses open at a time when only outdoor and take-out food and drink was allowed,” Mayor Brown said in a statement. “As we transition out of pandemic life, we want to create a space that continues to support increased outdoor activities.”

Chippewa Street will close to cars between South Elmwood and Franklin starting at 7 a.m. April 5th as the work gets started. Work will start on Franklin on April 12th between Court and Huron streets, but it will stay open for drivers.

Those projects should be done by late 2021 or early 2022, and work on Court Street should start soon after.

This was the first project announced for Buffalo's 2021 construction season. Other projects the city is planning include replacing the cables on the Michigan Street Lift Bridge and paving Main Street from Ferry to Delavan.

"Our Chippewa entertainment district is already a sought-after destination in the City of Buffalo. We're going to make it more beautiful and more attractive," Buffalo Mayor Byron Brown said.