A Buffalo Police Officer has been suspended without pay for violating the department's social media policy. 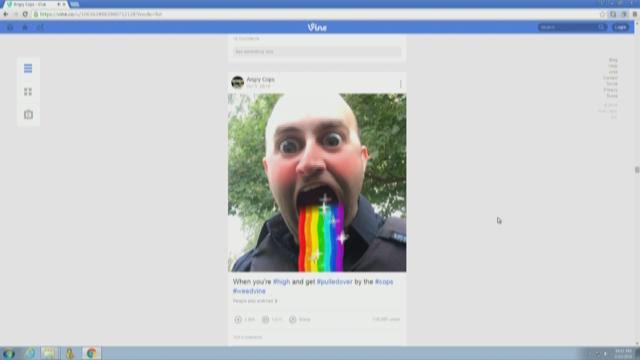 BUFFALO, N.Y. -- A Buffalo police officer remains suspended without pay in connection with his on online activities.

They are activities , which according to police sources, violated the department's social media policies.

The officer in question is 3 year department veteran Richard Hy, who was posting skits on Vine using an account called Angry Cops.

However, the posts , apparently intended to be humorous, got him in dutch with police brass who suspended him without pay, for violating the department's social media policy

A policy designed in part "to ensure employees use appropriate discretion in the use of references to the Buffalo Police Department so as not to discredit the Department," according to a copy of the policy provided by Buffalo Police.

The policy further states "Employees shall not post any material on the internet that brings discredit to or may adversely affect the efficiency or integrity of the Department. "

Noted Buffalo Attorney Paul Cambria has taken first amendment cases all the way to the Supreme Court.
But he notes that your right to fee speech, does not always trump your employers stated policies under which you work.

"It's legitimate for an employer to say you crossed the line when you undermine the integrity of the position or the employment and that's exactly the argument that will be made," Cambria told WGRZ-TV. "And, if you do that in such a way that might shake the trust the community has in you or your position as a police officer, you may cross a line where the first amendment is not available to protect you from job action."

The policy also prohibits such online shenanigans when in, or appearing to in uniform or on duty

But Hy has his supporters.

Matt Milewski told us he started a Go Fund Me page (which had raised $1,300 in 19 hours) as a way to "help a friend", although he told us officer Hy has directed that any money collected go to the Fallen Officers Foundation.

Hy himself texted us to politely decline comment for this story, but on his instagram account remarked , "I guess Cops can't be funny or have a life outside of being emotionless robots."

Hy replied to one on-line comment to insist that the badge he wore while doing the skits was not a Buffalo Police badge.

A department source tells us one reason his superiors came down heavy, was because Hy, who had been posting the skits for some time--had been advised to knock it off, and didn't listen.

He remains suspended without pay for 30 days, but after that time if his suspension were to be continued, he would be entitled to collect his salary according to the contract between the city and its police union.