BUFFALO, NY - Buffalo News editorial cartoonist Adam Zyglis is in the spotlight as we celebrate Western New York. Zyglis, a Western New York native, won one of the top honors in journalism, a Pulitzer Prize. He found out Monday that he is the winner of the 2015 Pulitzer Prize for Editorial Cartooning.

Zyglis won for a portfolio of 20 of his cartoons. Zyglis interned at the Buffalo News and was hired right out of college full time in August of 2004. The Canisius College graduate watched the live stream of the winners being announced Monday afternoon on the web.

"Being at the Buffalo News and growing up in this area, I looked at Tom Toles' work growing up and I was familiar with Bruce Shanks historically, and I knew the Buffalo News had this, you know, really storied tradition of excellent cartoonists and even starting at the News, that was sort of walking into their shoes, it was in the back of my mind, so it's just incredibly humbling and gratifying to just sort of be able to carry the torch, you know, sort of be one part of that tradition, and I feel like I'm really winning it for the newsroom and for the city a little bit, too. So it's a really incredible feeling," said Zyglis.

Zyglis went on to say he is blessed and lucky to be in his hometown doing what he loves.

"I've always drawn, and I've always enjoyed drawing since I was 5 or 6 years old. But I went to Canisius College for math and computer science. And it sounds like a very different type of path, but it's very much critical thinking and problem solving, and what I do mainly, I mean obviously I draw to get my opinions across, but the difficult part of my job is to express an opinion and to come up with a creative concept. So I feel like the skills, really, I was trained really well in that respect, and it's really a job where you don't have a set background because you have to tackle every beat and ever issue," he says. 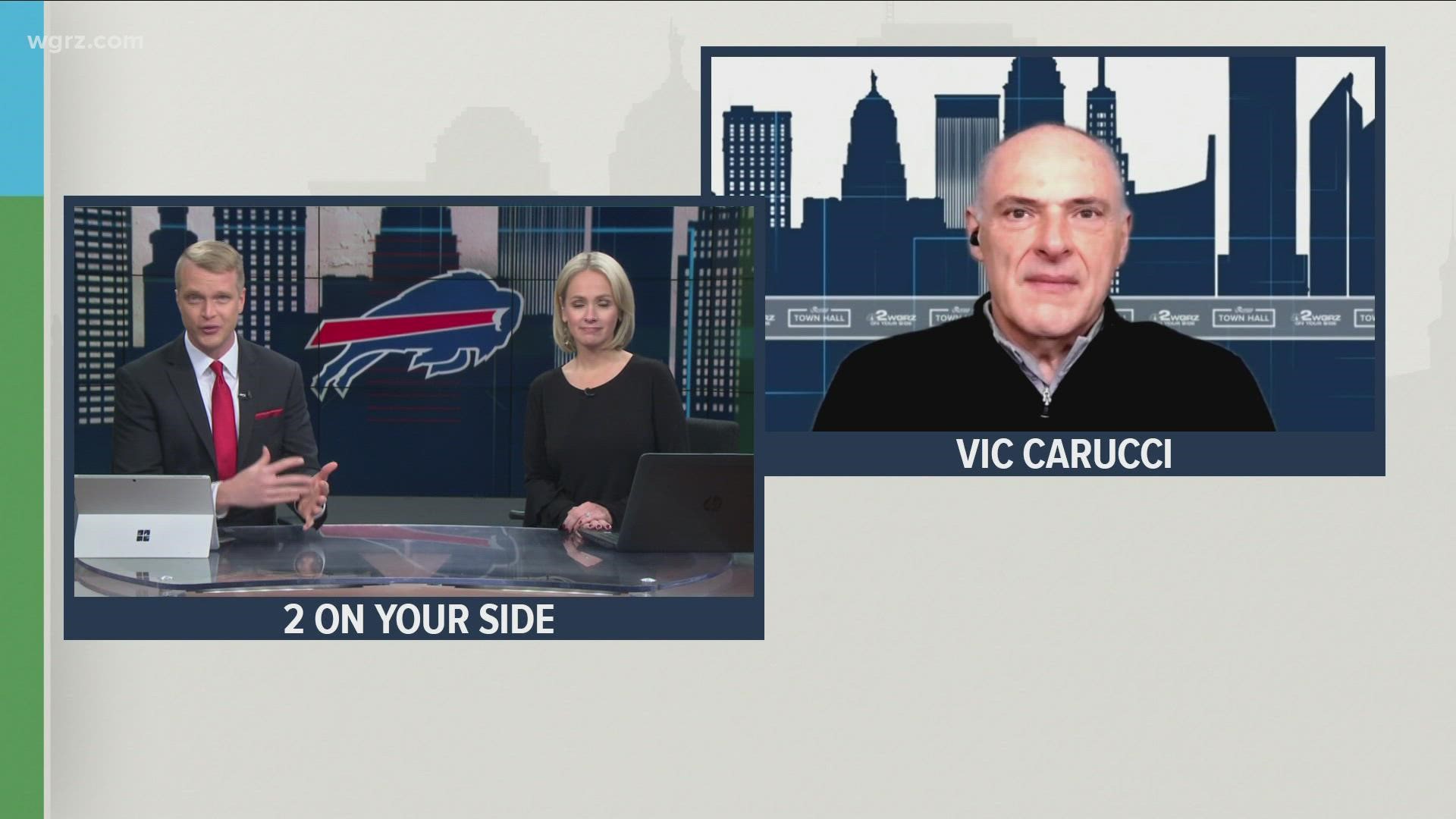