Child stabbed on Buffalo's east side

Officials were called out to a home on Purdy Street for reports of a stabbing involving a child. A neighbor told 2 On Your Side the child is 6-years-old. 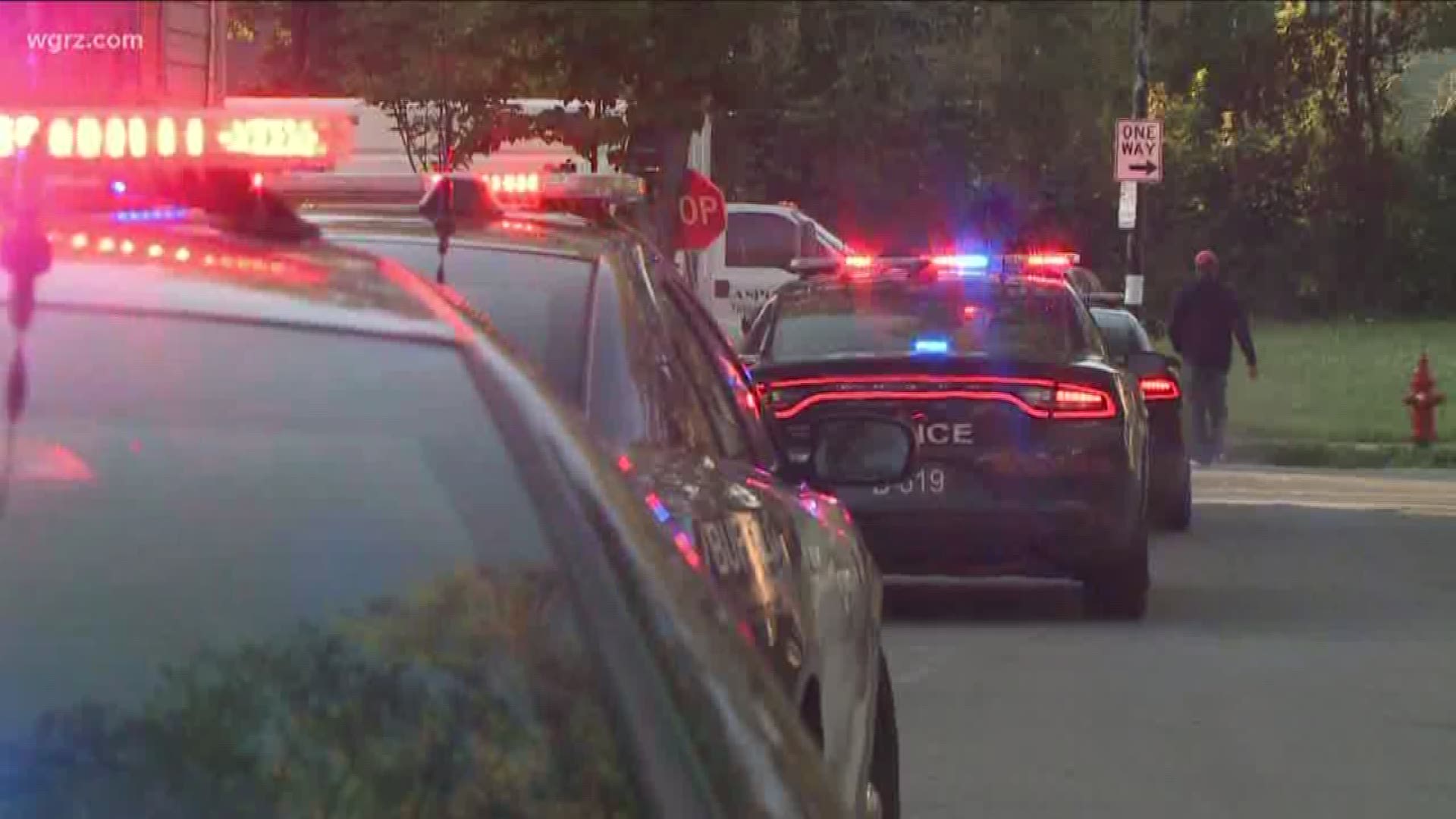 BUFFALO, N.Y. — Buffalo Police responded to a stabbing incident on the city's east side on October 9, involving a 6-year-old boy who was allegedly stabbed multiple times by his mother, who then stabbed herself.

The two lived in an upstairs apartment at a home at 14 Purdy Street.

Buffalo Police told 2 On Your Side the child suffered multiple stab wounds to his chest and arms; however, he has been released from the hospital. Buffalo Police Captain Jeff Rinaldo says it appears the boy will be okay.

The child's mother, who is in her 30's, was taken into police custody to be interviewed by detectives. Police say she currently remains at ECMC and criminal charges are pending based on a review of her psychiatric history. 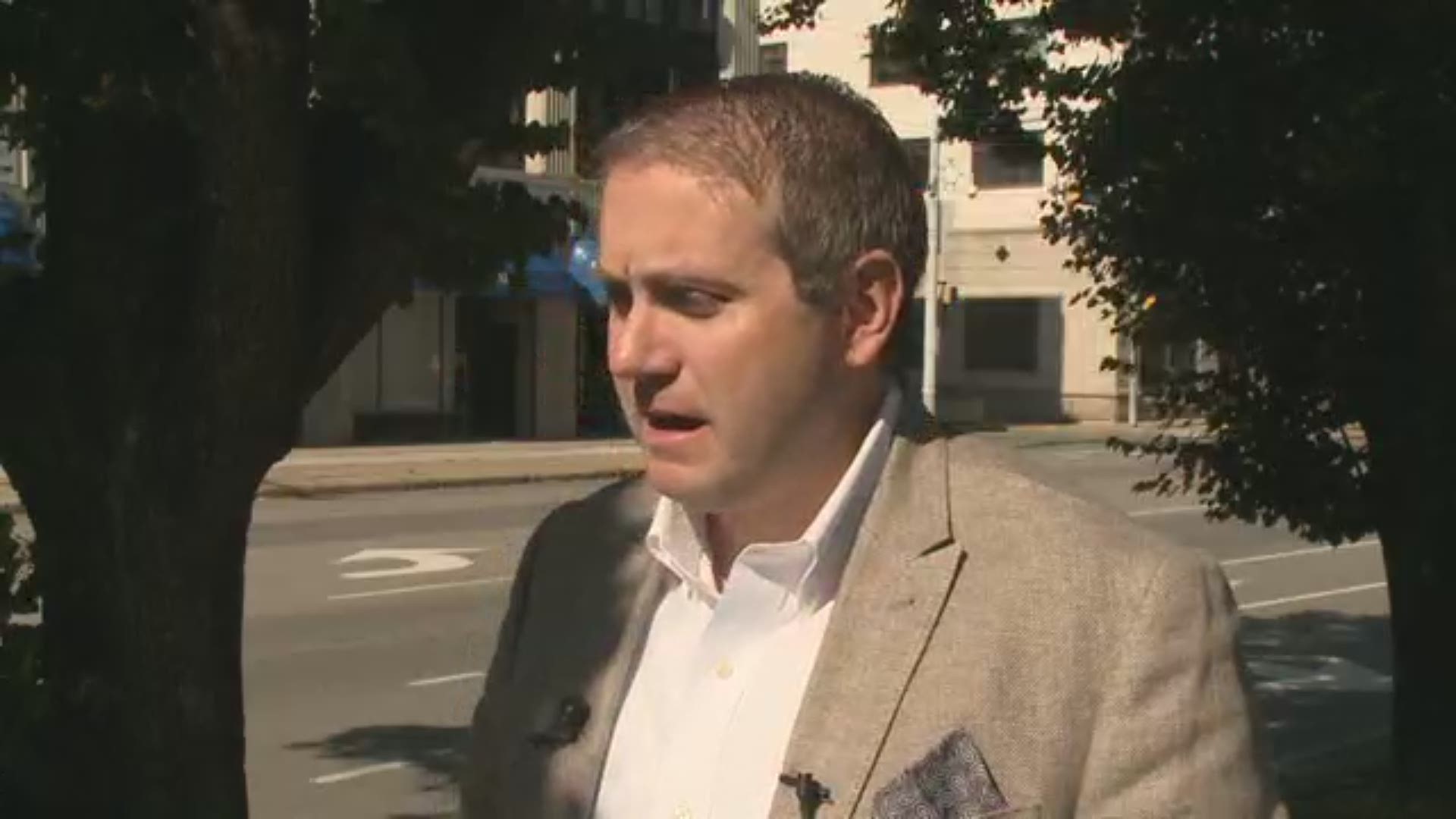 Crystal Hairston, who lives in the lower apartment with her husband James and their two children, says she was alerted to noises upstairs around 7:30 a.m., which she thought were associated with a domestic violence incident.

"I heard a bunch of banging...and I thought she was being physically abused so I was gonna go upstairs to help her," she told WGRZ-TV.

Upon hearing further screams from the mother and her son, Hairston says the pair decided to take action to gain entry into the apartment.

"My husband kicked open her door and we saw her standing there with her son next to her covered in blood and she had a knife in her hand," Hairston said.

Hairston says the couple quickly snatched the boy and fled the apartment, with their neighbor, whom they identify as Zakiyyah Wolfford chasing them down the stairs, still with the knife in her hand.

"My goal was to get him (the child) out...I couldn't leave him in that situation even if it endangered myself."

As Wolfford began kicking at their door, Hairston says her husband called the police as she tended to the boy.

"They asked me where he was injured but I couldn't tell...that's how covered in blood he was. So I cut the clothing off to identify where the marks were he had over 50 marks all over his arms, his torso..it was really bad," Hairston said.

The Hairston's say Wolfford eventually kicked open their door. As they tried to calm her, Crystal Hairston recalled, "Zakiyyah said 'everything will be okay when my life is over', and she put the knife to her throat."

As police arrived, according to Hairston, Wolfford backed into the hallway to look outside.

"I slammed the door shut and put the double lock on to ensure the safety of the kids...as soon as the police arrived, that’s when she cut herself."

According to sources within the social services sector and the police department, Zakiyyah Wolfford has had a history of mental health issues.

Something which the Hairstons, who have been neighbors with her for seven months, also noted.

"She hears voices and I know in the past she has tried to harm herself, but I never thought in a million years she would hurt her son. She was good to him," Mrs. Hairston said.

Sources say Wolfford was treated at ECMC's psychiatric ward as recently as three weeks ago and had gone there on Tuesday, a day before the stabbings occurred.

"She got released," said Hairston. "They felt she was stable enough to go home. She still had the ECMC wrist band on when the police arrested her today."

A spokesperson for ECMC said due to federal health privacy laws the hospital could not comment on Wolfford or even confirm if she ever been a patient there.

"She came down to my house last night, and she seemed perfectly fine…she seemed completely normal and stable," Hairston said. "she needs help and needs to be hospitalized for good." 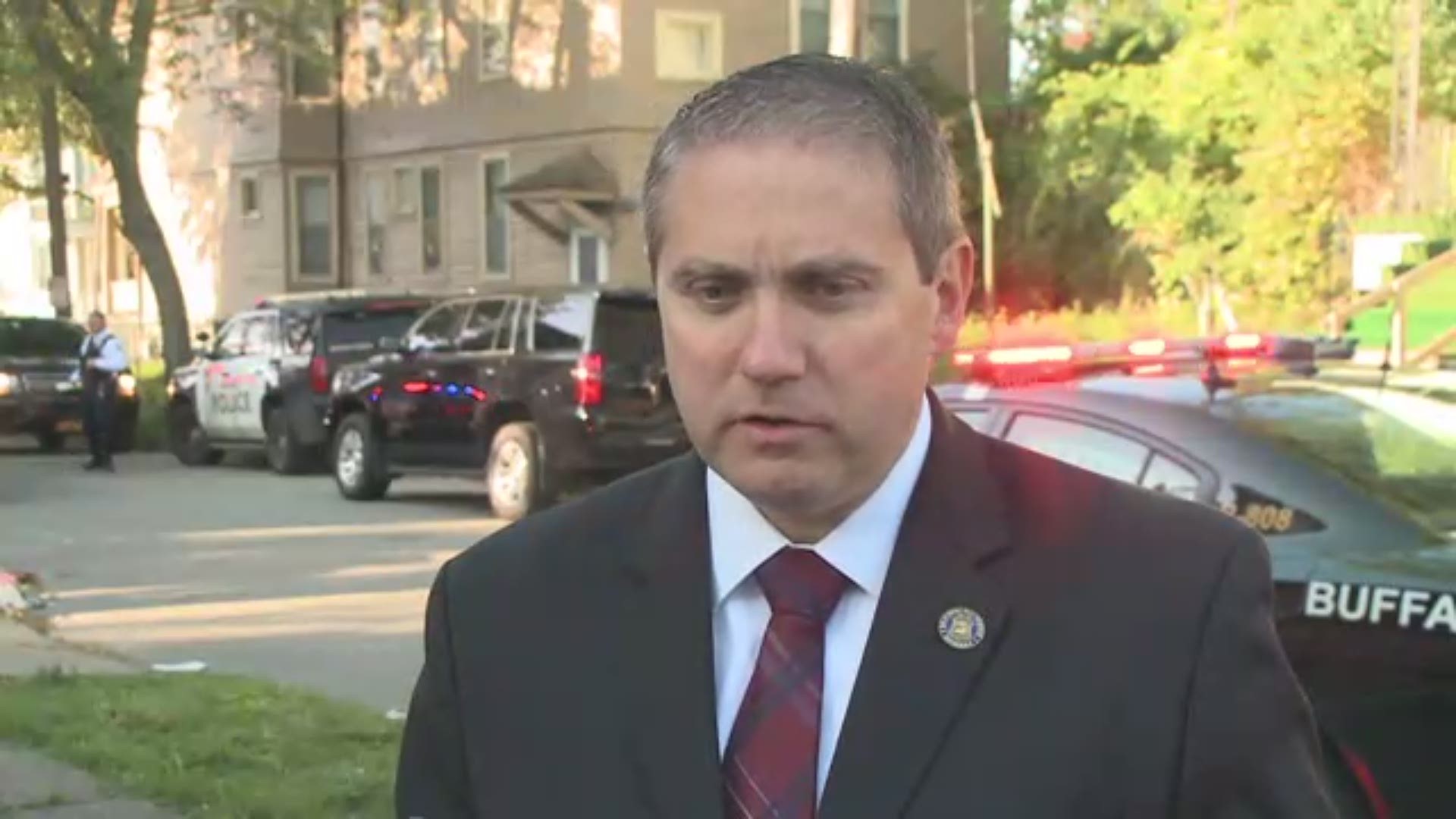 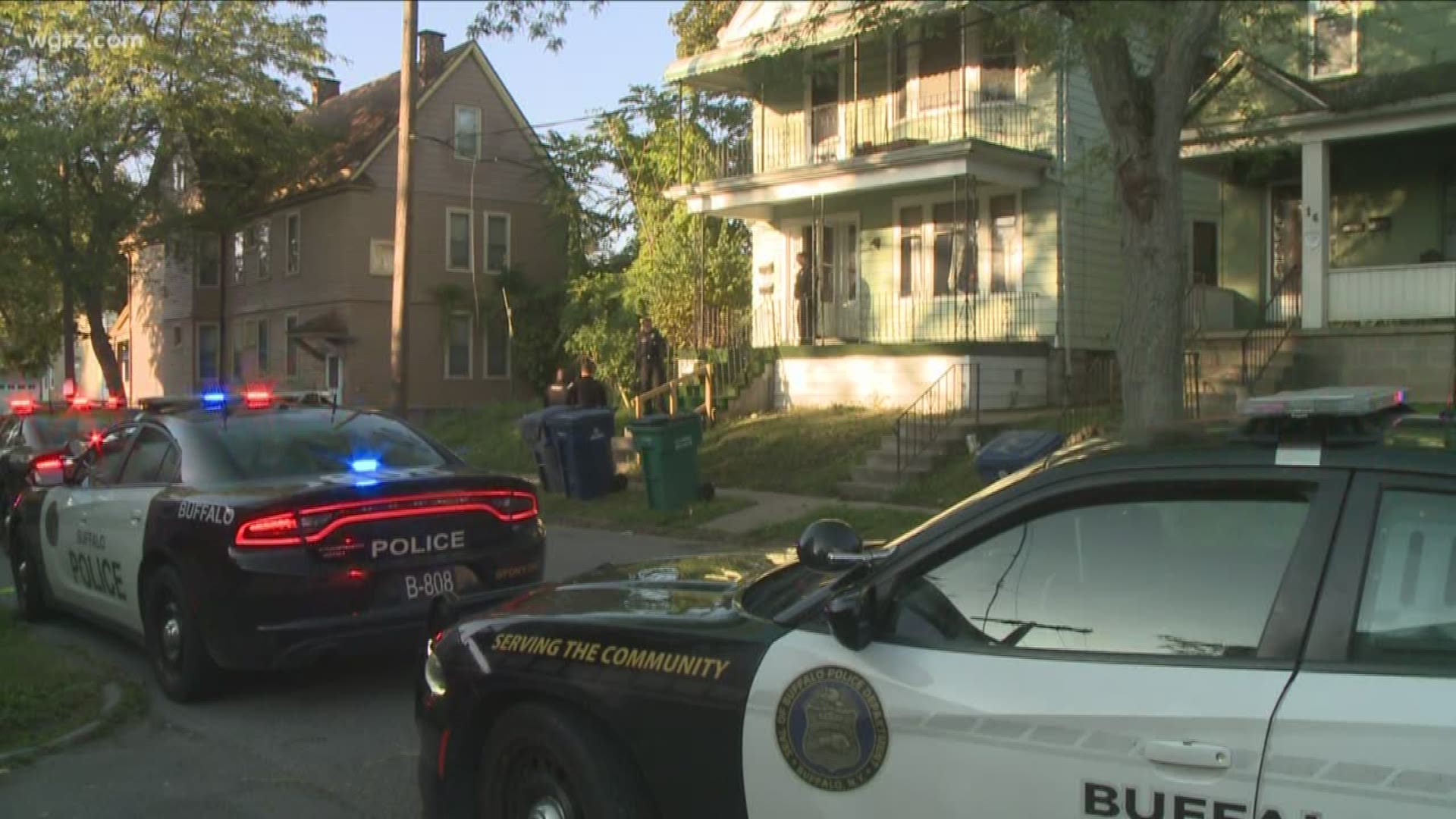 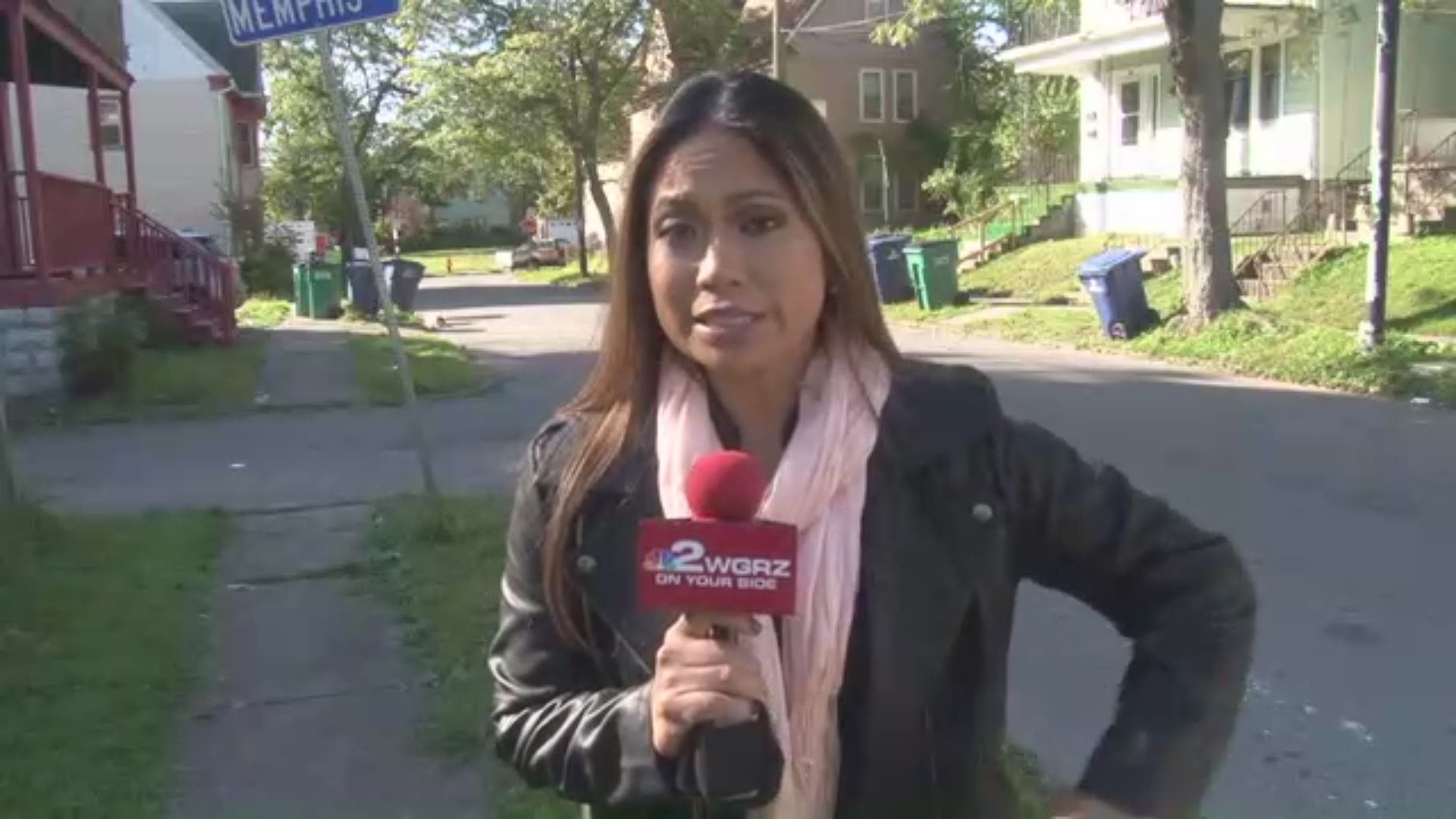