A spokesperson for the zoo says she was found safe in Buffalo Wednesday night. 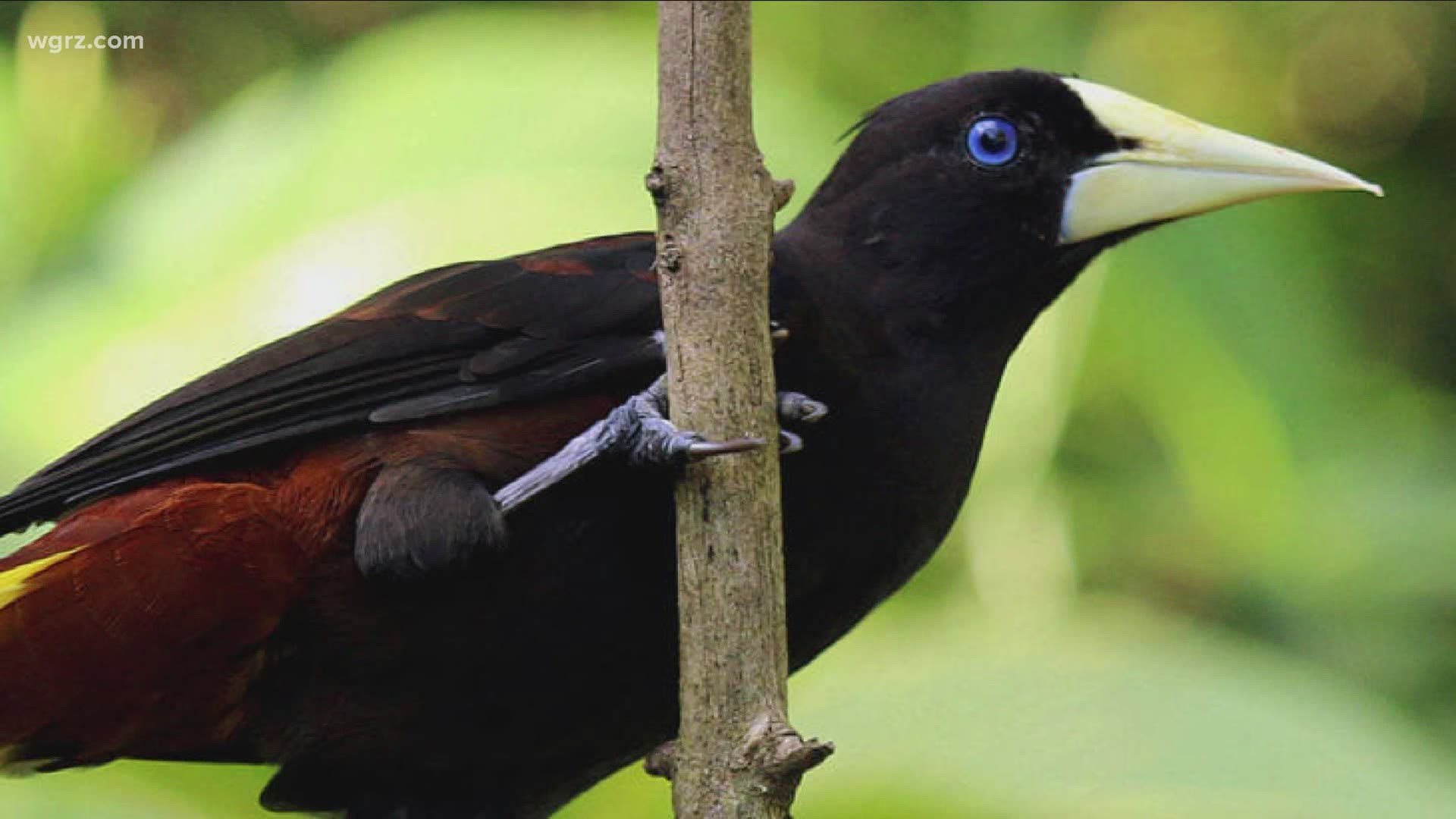 BUFFALO, N.Y. — The Buffalo Zoo says it believes one of its birds has flown the coop.

The zoo says its crested oropendola, which resides in Rainforest Falls, may have been spotted in the neighborhood by local bird watchers.

According to the zoo, the crested oropendola is known to be incredibly intelligent; keepers describe the bird as very smart and crafty, adding that she often hides in the canopy of the rainforest out of view.

The zoo says the bird is harmless, eating mostly fruits and nuts.

The Buffalo Zoo partnered with the local bird watching community to help locate the bird. A spokesperson for the zoo says she was found safe in Buffalo Wednesday night.

The zoo says this situation is not related to the recent break-in and theft of the red tortoise. The Buffalo Zoo is continuing to work with local law enforcement to investigate that case.

RELATED: Want something fun to do? A few WNY favorites will be opening soon