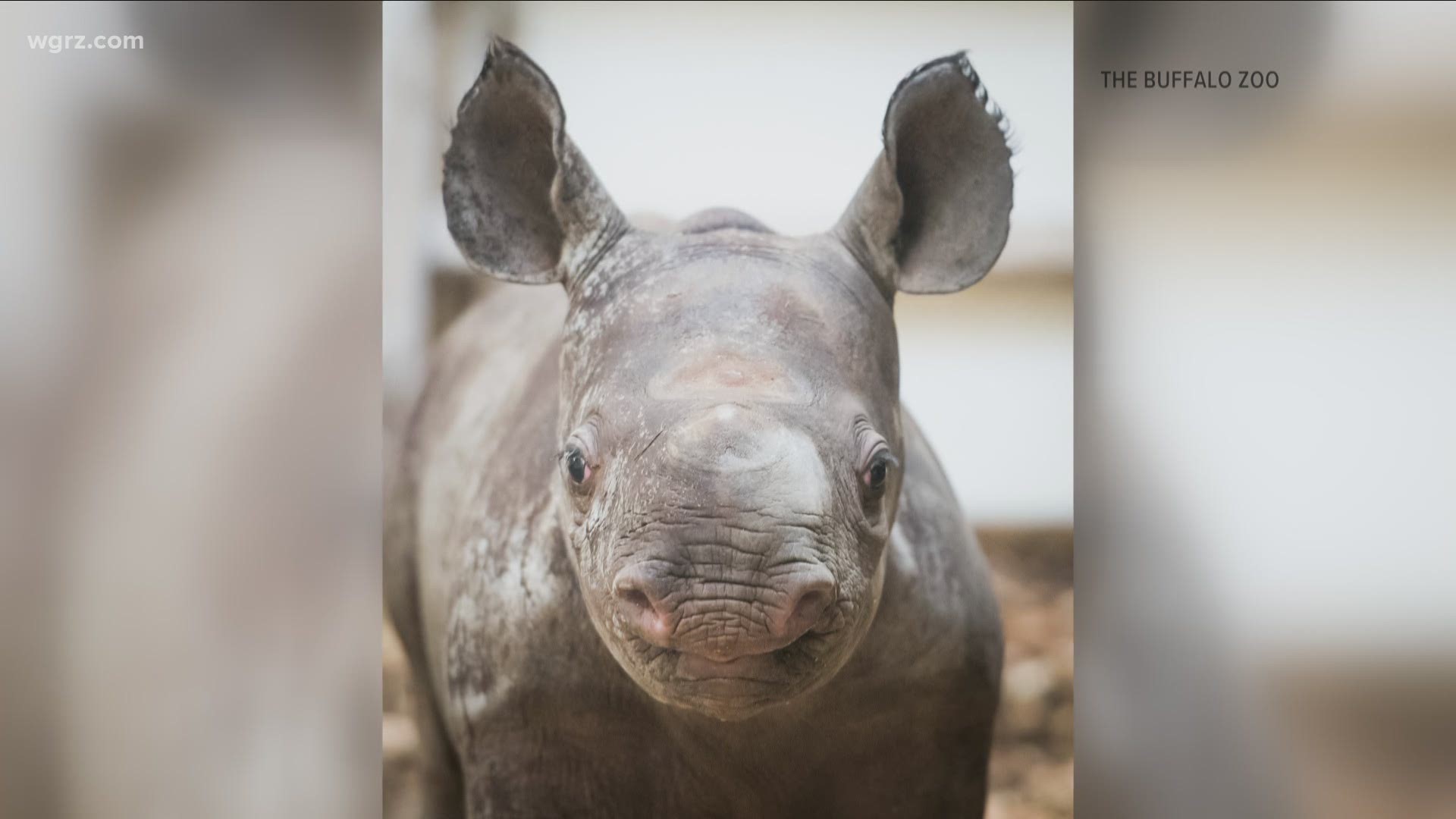 Lulu arrived from the Cleveland Metroparks Zoo and will make her new home in the zoo's former elephant exhibit, which is being modified both inside and out for her while still retaining many of the iconic and historic elements.

“The Eastern black rhino is rare in zoos with only 59 animals (30 males/ 29 females) in North America so being able to house and care for Lulu helps open up critical space to increase breeding and sustainability of the species,” said Lisa Smith, general curator of the Buffalo Zoo. Adding “As a keeper years ago, I had the privilege of working with Inga, Lulu's grandmother. Now as the Eastern black rhino Species Survival Plan coordinator and General Curator for Buffalo Zoo, it is an honor to work with Lulu and manage multiple generations of this magniﬁcent species.”

This is the first time the Buffalo Zoo has had two species of rhino in residence at the same time. While Lulu will live separately, she joins greater one-horned rhinos, Mohan, Tashi, and George as fellow rhino ambassadors.

For the last 30 years, the Buffalo Zoo has been lauded for its success with the greater one-horned rhino, including the birth of Mohan in 2019 via artificial reproduction.

“Collaboration with other accredited zoos is one of the ways we help to save species," said Norah Fletchall, president and CEO of the Buffalo Zoo. "With Lulu’s arrival in Buffalo, our colleagues in Cleveland now have the opportunity to continue their excellent work in black rhino breeding and research.”

Lulu will remain behind the scenes for the next few weeks to get acclimated to her new surroundings and animal care team. She's expected to make her public debut sometime in early September. Updates on her status will be posted on the zoo's social media channels.