That Coot Can Scoot

Buffalo woman drops what she's doing to rescue a stranger. Of a rare, and feathered variety 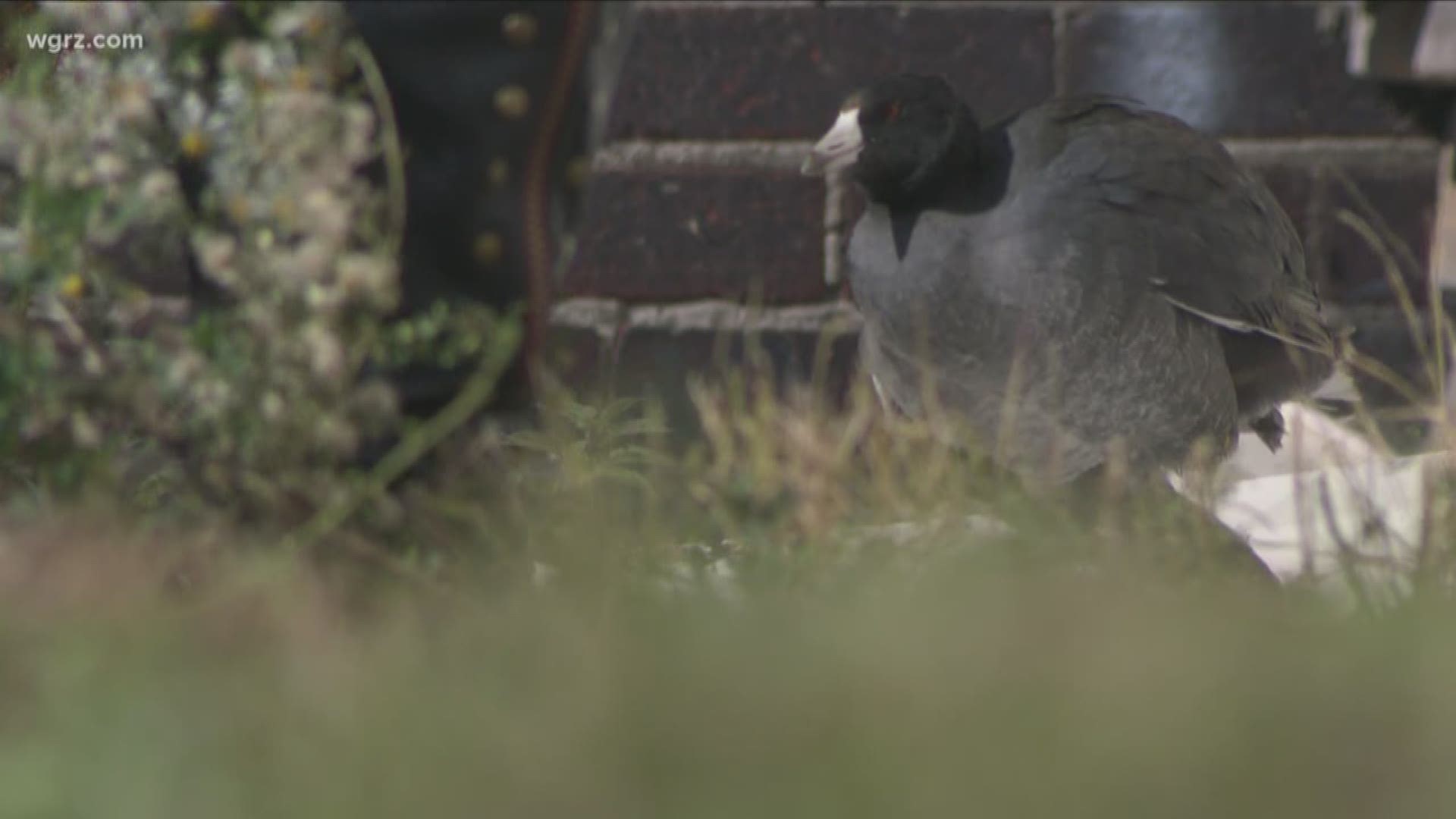 BUFFALO, N.Y. — Irena Woszczak  is somewhat of a fixture in Buffalo's Polonia district, who even serves as Vice President of the local Polish American Congress.

But on this Tuesday, she wondered aloud if she might soon be known by another moniker.

"I'm gonna be known as the crazy bird lady!" she joked, as she waited near the Broadway Market while standing watch over an American Coot, which appeared to have an injured wing when she noticed it outside her office window.

"This isn't what I expected to be doing today," she laughed.

Woszczak fist noticed the bird because it appeared so different from the usual lot of pigeons and gulls and which are a common sight in the neighborhood.

When it appeared to be in distress she went to investigate, and called the SPCA Serving Erie County, which based on her description and a photo she sent them, advised that they would be sending a team out to rescue it.

They also told her it was an unusual sighting for this time of year.

Woszczak had the coot cornered behind a building near Sienkiewicz Street and waited for 45 minutes, occasionally speaking to the bird in a soft voice hoping to calm it.

When she tried to cover it with a box, however, it bolted.

Fortunately, the SPCA arrived moments later and was able to capture it.

"His wing does look a little droopy, so it might be injured," said Barbara Haney, Director of Wildlife for the SPCA Serving Erie County.

"We'll probably have it x-rayed and see if it's something we can fix and then get him back on his way to wherever he was heading."

The American Coot is native from the Northwestern and Southwestern parts of the United States and Mexico.

However, it has been known to migrate to Western New York for mating season.

It's presence here, some four months after most coots would have flown the coop back to their native area, is a possible indication that its injured wing prevented it from traveling back home with the rest of the love birds.