Sources tell 2 On Your Side the change in his position happened due to complaints connected to harassment allegations, but Channel 2 cannot confirm yet what kind of harassment occurred or when. 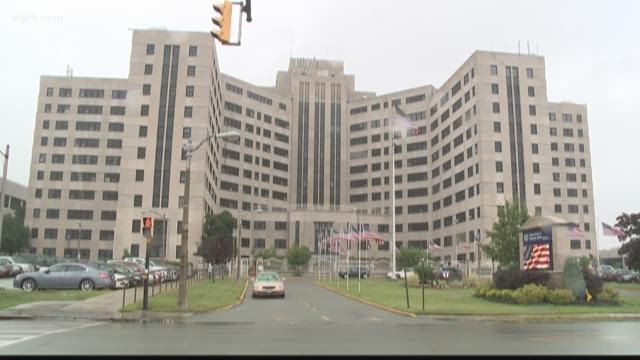 BUFFALO, N.Y. – Channel 2 has learned the Buffalo VA Center is investigating one of its key leaders.

Royce Calhoun, the VA's number two person in charge, has been reassigned from his leadership position, according to three independent sources close to the VA Western New York Healthcare System.

Two of our three sources tell 2 On Your Side's Erica Brecher the change in his position happened due to complaints connected to harassment allegations, but Channel 2 cannot confirm yet what kind of harassment occurred or when. Brecher confirmed the investigation Friday night after looking into the matter for the past two weeks.

Calhoun, who had been serving as associate medical director of the facility since August 2016, was apparently reassigned to something called “special projects.”

The local VA Center wrote Friday night in a brief statement that they're aware of the allegations against Calhoun and that the matter is under investigation.

When Brecher first contacted the VA Center about two weeks ago, a spokesperson first said they could not comment on personnel matters.

Then, after twice contacting interim medical director Paul Crews' office – the second time, his secretary told Brecher that his office would have “no comment on the issue,” and hung up the phone.

Brecher tried Calhoun's phone line directly, which was answered by the very same secretary, who said he wasn't in.

Calhoun has been with the VA Western New York Healthcare system for about 20 years. He managed the VA's Batavia site before moving to the Buffalo position in 2016.