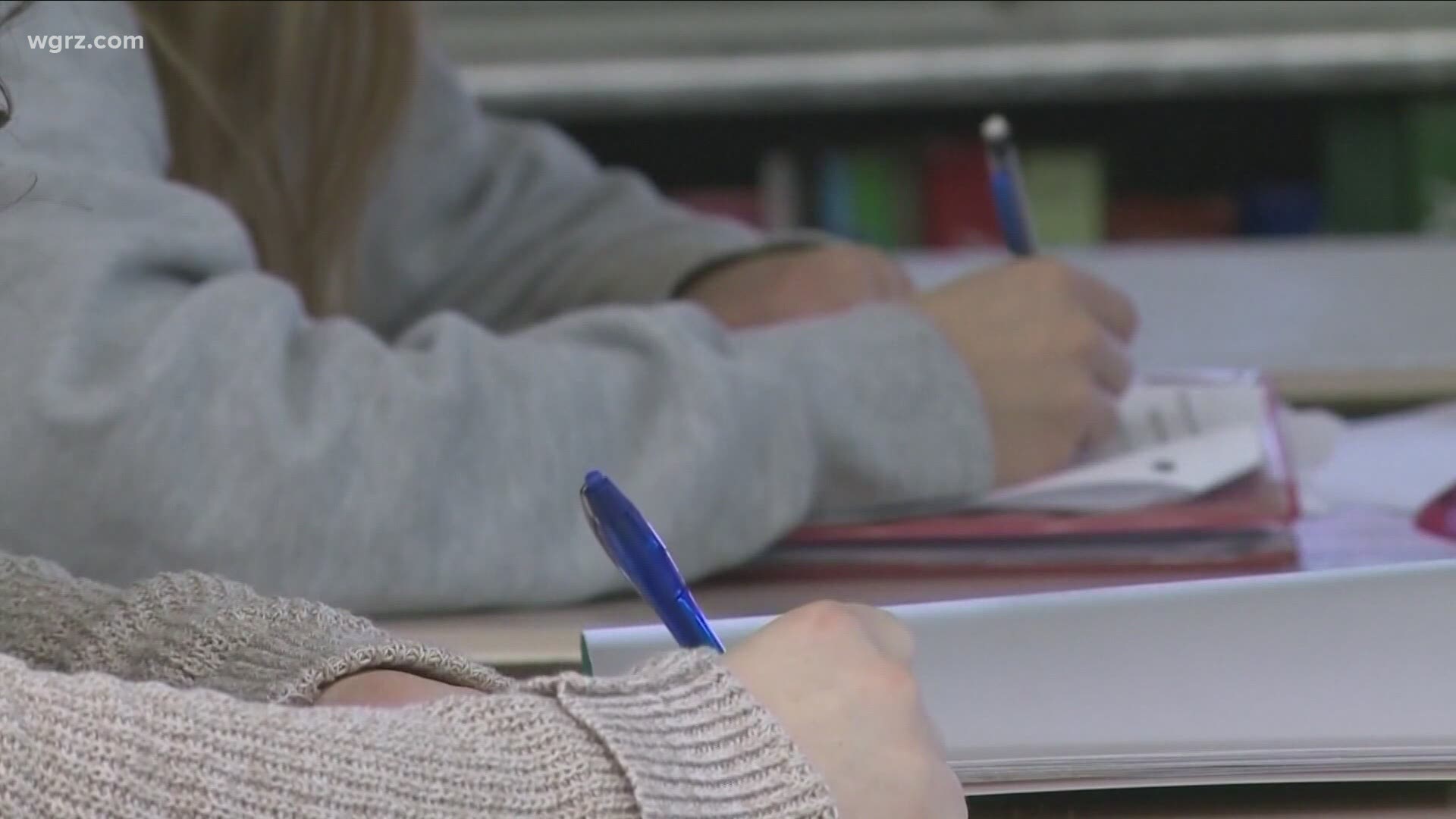 BUFFALO, N.Y. — A local teachers union is now sharing the view of the statewide teachers union on standardized testing during the pandemic for grades three through eight.

NYSUT President Andy Pallotta previously said that in a "year that has been anything but standard, mandating that students take standardized tests just doesn’t make sense." NYSUT has also called for the state to ask the federal government to waive testing requirements for students in grades three through 12.

Unlike NYSUT, BTF's resolution focuses specifically on grades three through eight. BTF says their resolution opposing the mandate was unanimously adopted by a council of delegates from all schools.

BTF says that standardized testing has a negative impact on students, even in pre-pandemic times. BTF claims that before the pandemic, such testing would cause students to have upset reactions, such as "causing some to cry, putting their heads on their desks," and "refusing to go to school."

"Can you imagine how students who, under non-pandemic circumstances, are extremely stressed by the tests, as well as many more now who are enduring the pandemic and know they are behind in their studies, will feel?" said Philip Rumore, president of the Buffalo Teachers Federation.

"Obviously, those making this decision don’t. This can not be allowed to stand."