The firestorm over the school zone cameras in Buffalo continues, and one attorney wants the City of Buffalo to respond before he files a lawsuit. 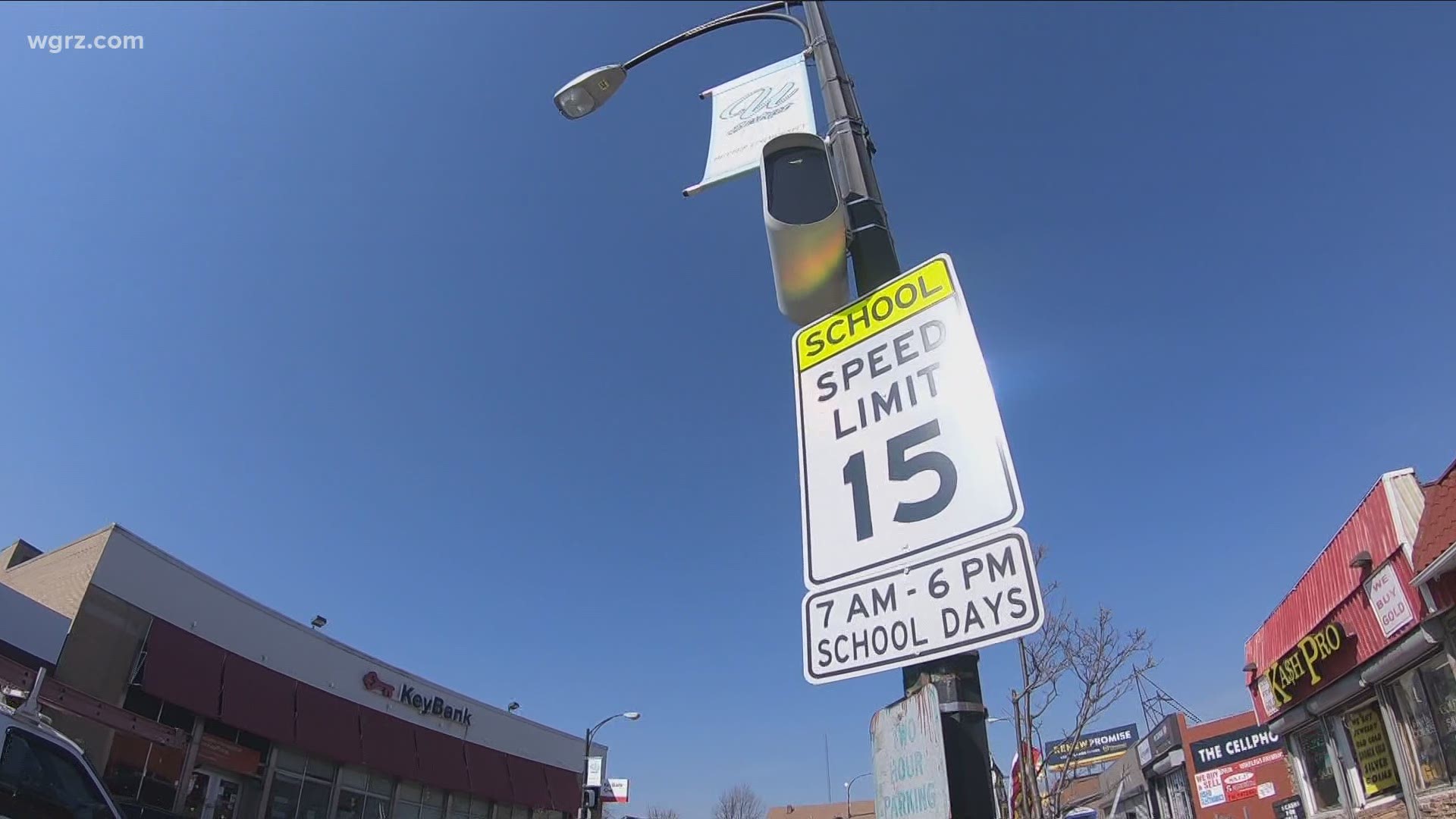 BUFFALO, N.Y. — There is no mistake about why the speed cameras are in place in school zones in the City of Buffalo, "It's definitely a money grab, it's not about safety," said attorney Kevin Stocker.

Stocker says he is preparing to file a lawsuit against the city. He represents approximately 30 people who received tickets, including himself.

"All I keep hearing from people around the area is how upset they are," Stocker said. "Not properly marked - the camera flashers aren't working or they are flashing and there is no school in session."

He said he wants the city to respond before heading to court.

There are 20 cameras in the City of Buffalo. During a Buffalo Common Council Finance Committee meeting on Tuesday, a representative of the Comptroller's Office said the city has received about $1.5 million from tickets.

Buffalo Common Councilman Rasheed Wyatt has many concerns. He believes some fined motorists may get refunds. Specifically those who received tickets on Bailey Avenue.

"There is no physical school other than an early childhood center on Bailey so there should not be a camera on Bailey," Wyatt said.

Stocker says other states have found these cameras to be illegal, and simply a means to generate revenue and he says there's no way to contest what the computer says about your speed.

"If we have school crossing guards that taxpayers pay for and they are there to protect children when they are crossing, I just don't think you need big brother and their camera system taking money out of people's pockets," Stocker said.