As first reported by the Buffalo News over the weekend, Independent Health is calling on organizers of Slow Roll Buffalo to keep away from politics. 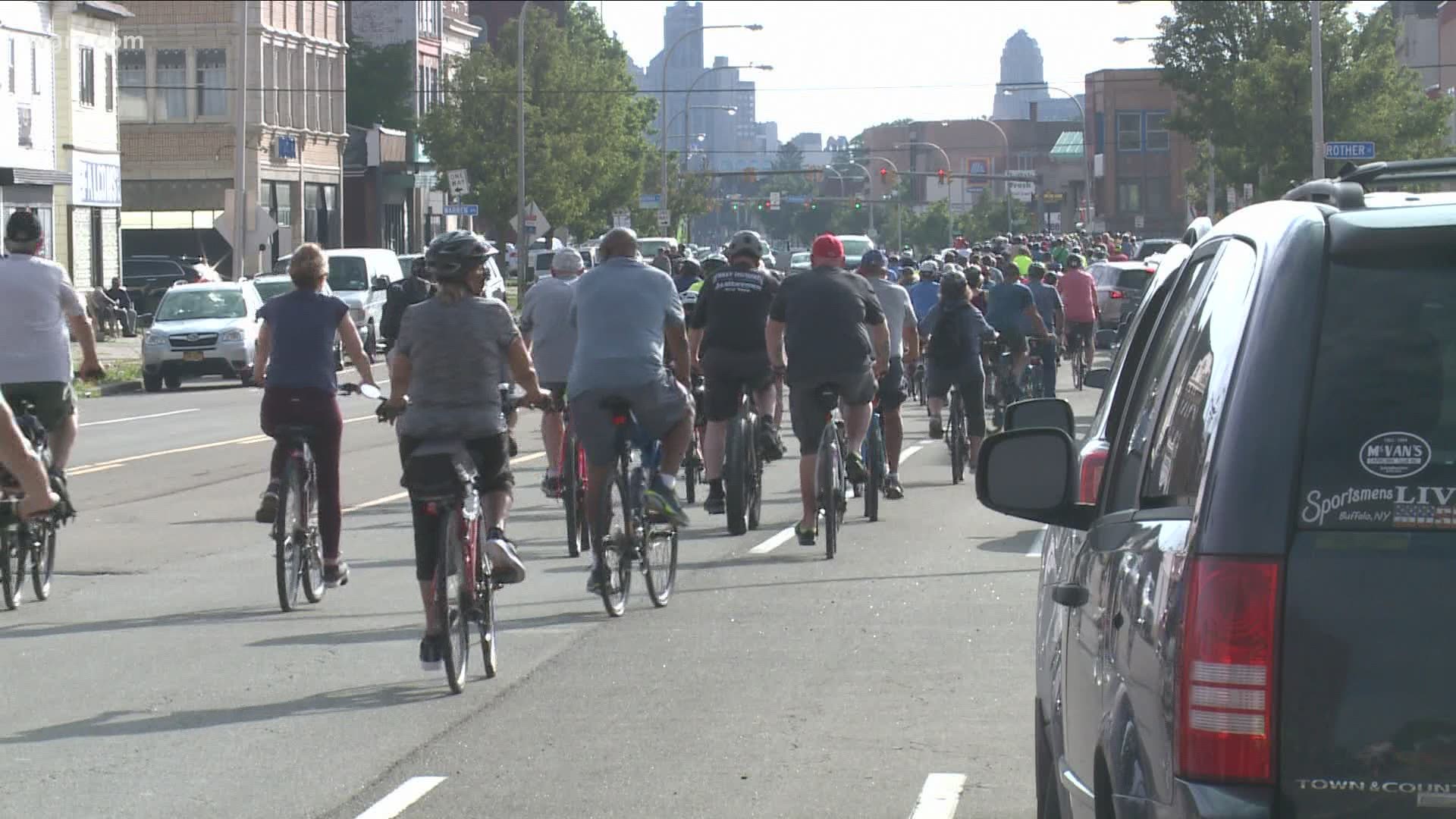 BUFFALO, N.Y. — A popular warm-weather event is under fire from one of its sponsors.

As first reported by the Buffalo News over the weekend, Independent Health is calling on organizers of Slow Roll Buffalo to keep away from politics. Independent Health is reportedly worried that Buffalo Democratic Mayoral Primary winner India Walton is making politicized speeches along the bike route.

At Monday night's slow roll 2 On Your Side asked one of the event's organizers for a response to these reports.

"India Walton is one of our inaugural board members of Slow Roll Buffalo," said Seamus Gallivan, co-founder of Slow Roll Buffalo. "We became a nonprofit in 2020 and her story with Slow Roll is the essence of Slow Roll. It's about connecting people in one of the most segregated cities in America. And the way we came together and began working together -- supporting each other's organizations in 2020 -- becoming first responders for each other's needs as nonprofits has really been what Slow Roll is all about. So as long as she's able to continue her commitment to our board of directors, we expect her to continue to be present here."

A spokesperson for Independent Health released the following statement Monday evening to 2 On Your Side:

“We continue to be a supporter of bicycling, and our support of GOBike, the Reddy Bikeshare program, and Slow Roll, are part of our commitment to providing a safer and healthier community.

"We do not support or condone any programs we sponsor being used as a perceived or real platform for political purposes, regardless of one’s political affiliation or position.

"We have communicated our concerns about this to Slow Roll’s leadership, who told us they agree.”