An estimated 46,000 commuters use it to access downtown Buffalo each work day. There might be differing perspectives on any alternative routes. 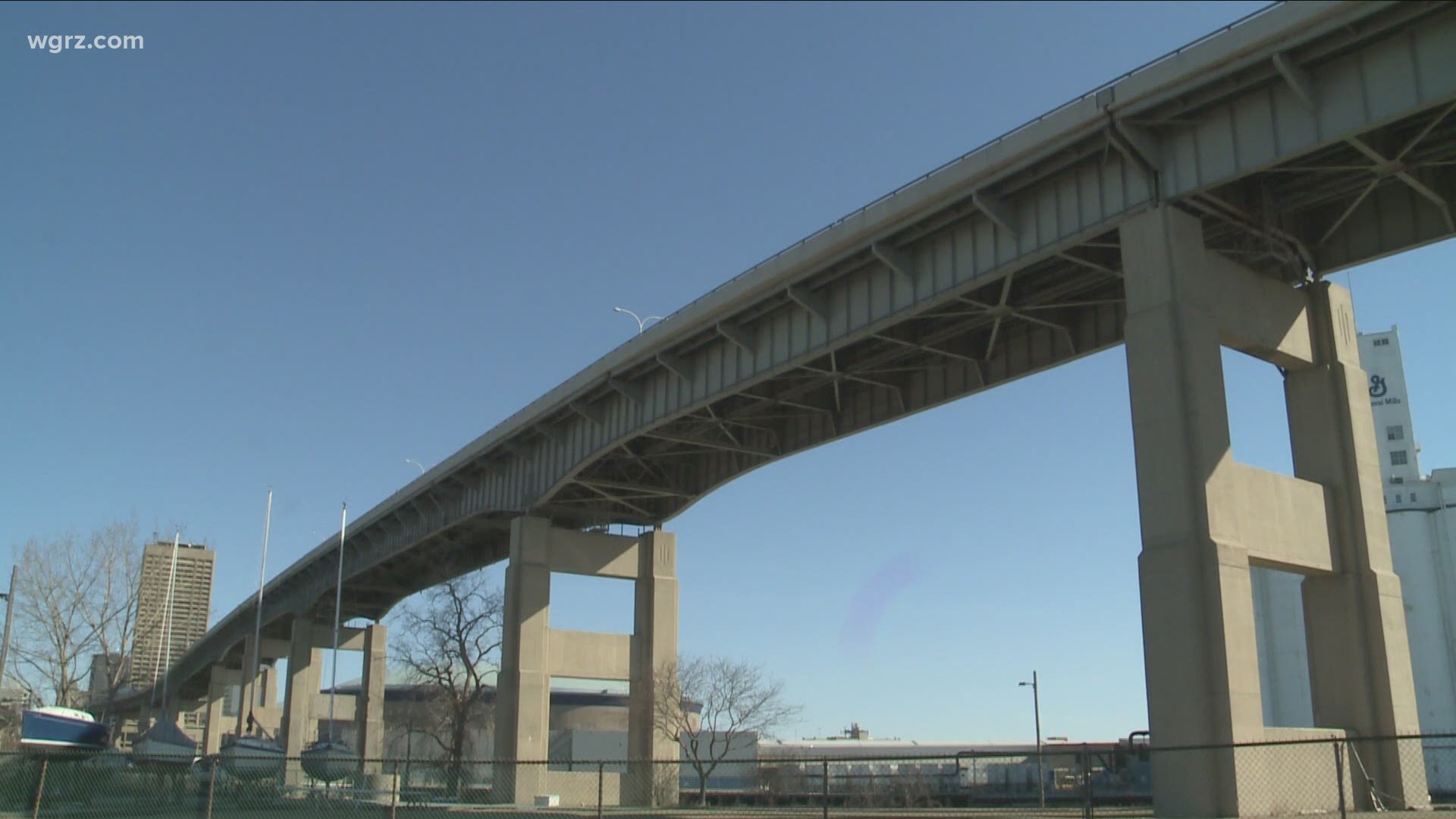 BUFFALO, N.Y. — Albatross. Artifact of the past. Barrier to the waterfront. Waste of money.

Those are just some of the descriptions that Buffalo Skyway removal advocates, including prominent politicians, have used for the elevated highway that gets no respect from them.

But there may be differing opinions from the Department of Transportation and an estimated 46,000 commuters who use it to access downtown Buffalo each workday. There may also be differing perspectives on any alternative routes.

A sampling from a meeting last year, one woman said, "It's a beautiful way to travel out of the city. I wish they would just leave it alone."

Or a Buffalo Common Council Member who said, "We need to make sure that truck traffic is not creating a problem in neighborhoods."

The Buffalo News on Friday featured what it reports is a proposed option for a lower speed limited access boulevard from Route 5 at Tifft Street through parts of South Buffalo to connect with the 190. The published report stated it may use undeveloped land.

Gov. Andrew Cuomo also emphasized his goal of seeing the Skyway removed and replaced by some sort of pedestrian park.

State Senator Tim Kennedy, who favors what he calls a linear parkway with bike and pedestrian access, has a lot of say about that as Chairman of the Senate Transportation Committee.

But WGRZ did ask this question: "In essence, you would be taking another 46,000 vehicles and putting them on the 190. Don't you feel that could cause a congestion issue possibly?"

Kennedy replied, "Only if you just put all those cars on the 190. You know there are going to be other ways to access downtown Buffalo. Again, a synchronized lighting system through the city of Buffalo, and a new on-ramp at Lake Avenue to the 90."

Congressman Brian Higgins, another removal champion, also refers to a synchronized traffic signal system such as the one Channel 2 showed you in Pittsburgh could help keep all that traffic flowing through South Buffalo if it would be a parkway approach.

And Kennedy claims it could help boost some commercial areas in that part of the city with more traffic. But still, there are some questions from South District Councilman Chris Scanlon.

"We just have to make sure we balance it and make sure that it's safe," he said. "Obviously if it's going be an increase in cars, first and foremost, it has to be safety, and then go from there."

2 On Your Side was unable to reach Assembly Majority Leader Crystal Peoples-Stokes to confirm. But The Buffalo News also reports that she and five other members of the Assembly actually wrote a letter to the new Transportation Secretary in Washington to say that the Skyway removal should not be a priority for any federal spending if President Joe Biden is able to get his planned infrastructure improvement plan passed by Congress.

Peoples-Stokes would prefer to see money spent on some way to actually cover the 33/Kensington Expressway and improve neighborhood access for that area of Buffalo. Kennedy claims there should be sufficient funding available to cover many such projects.