The speed limit for most Buffalo Public Schools, charter, and private schools will be 20 mph. New crosswalks are being added to improve pedestrian safety. 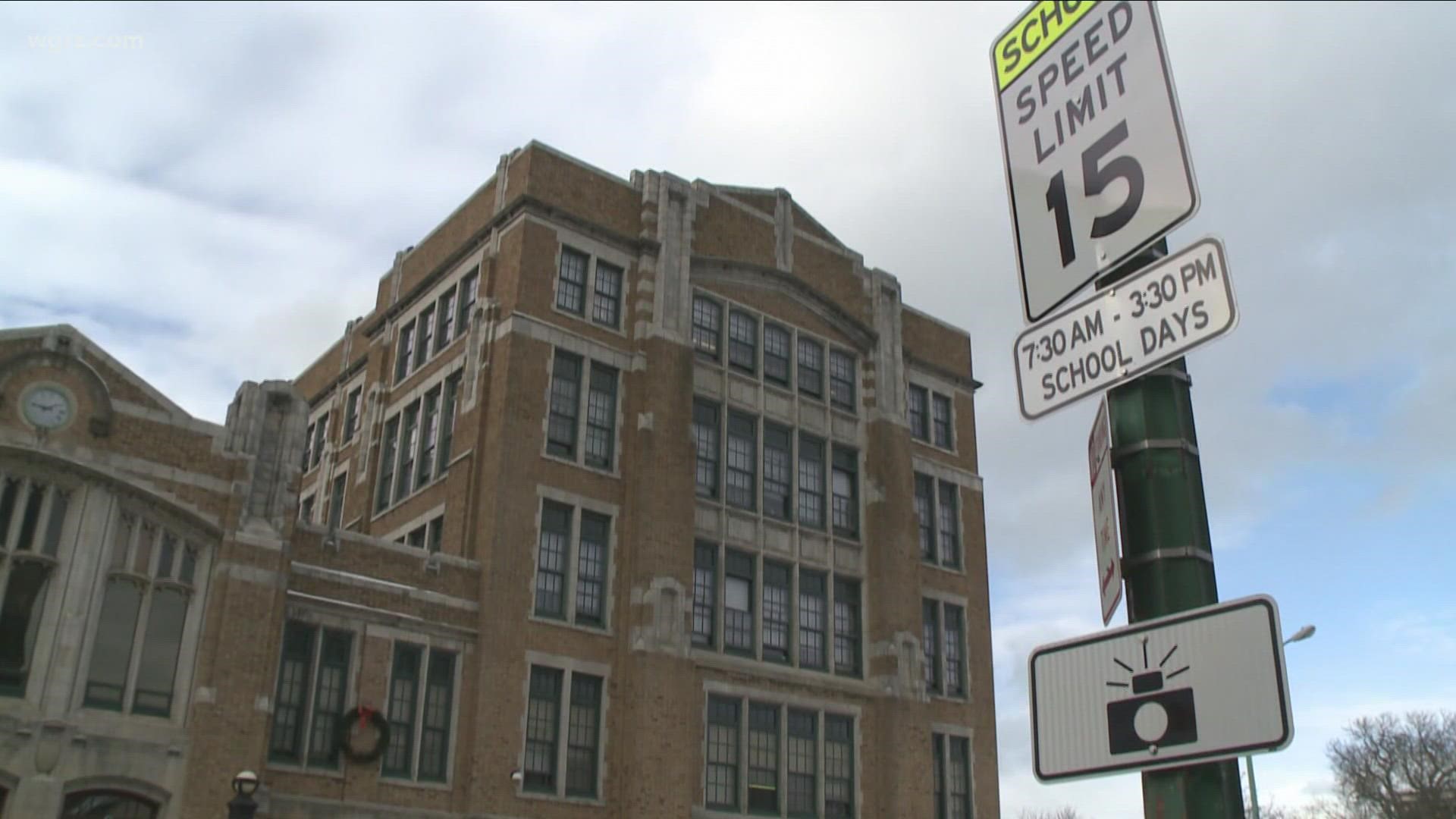 BUFFALO, N.Y. — The City of Buffalo is reminding motorists that school zone speed limits will go into effect on Wednesday.

The speed limit surrounding most Buffalo Public Schools, charter, and private schools will be 20 mph. Last year, the speed limit was 15 mph, and those school zones were monitored by city cameras.

The city of Buffalo's school speed zone camera program is now a footnote in City Hall history; it officially ended this past Wednesday.

The city said Saturday afternoon that the new 20 mph signs are now posted in all locations.

"Flashing yellow beacons remain in place at some schools to remind motorists that they are approaching a school and to adhere to the 20 mph speed limit," according to the city, which added that new crosswalks are being added.

The city is still in the process of removing any remaining school speed zone cameras, which are inactive.