In 2009, the Buffalo Scholastic Rowing Association wanted to expand rowing in the Queen City. Two months ago, the project was finally complete. 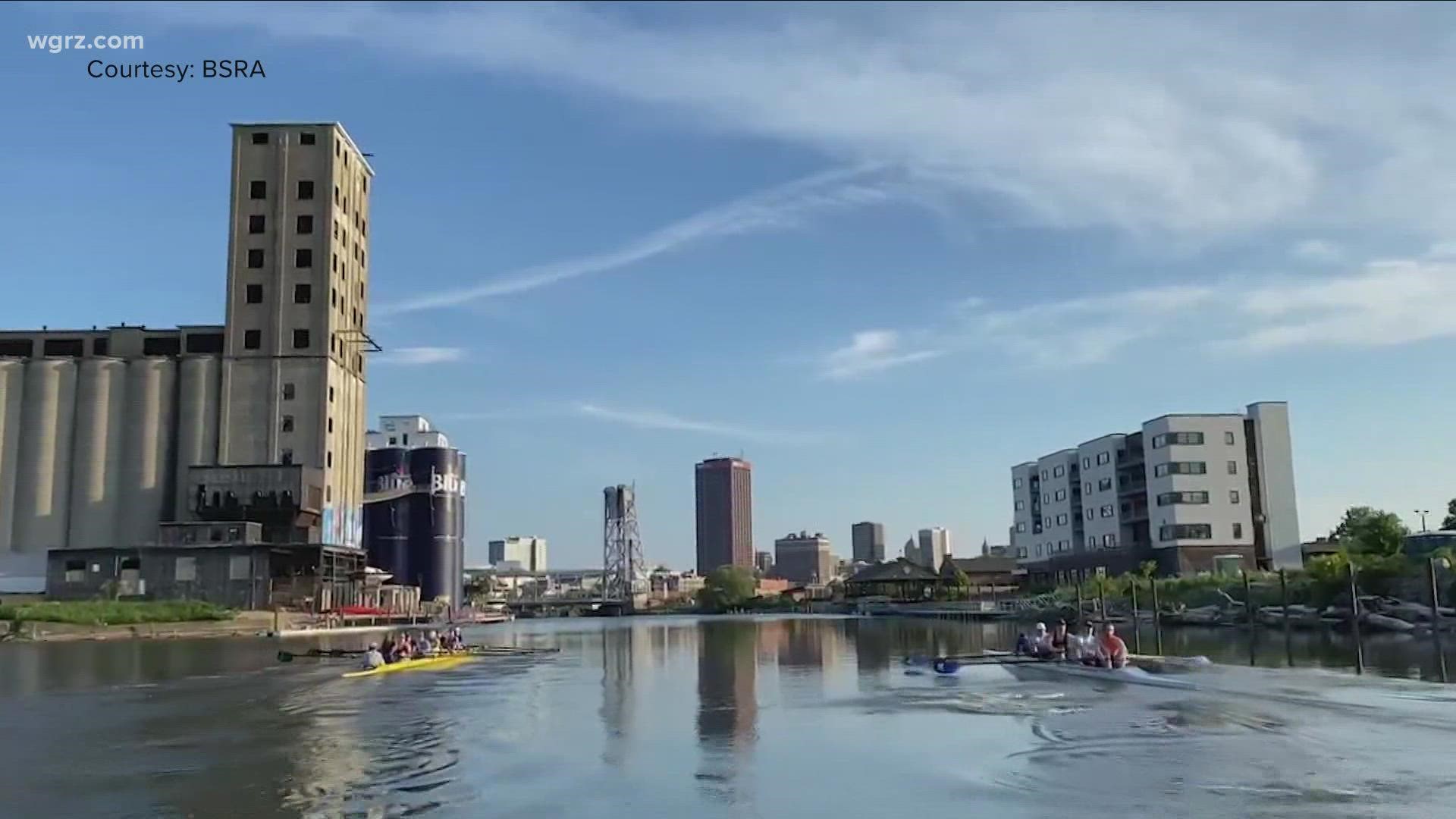 BUFFALO, N.Y. — It was during the turn of the 20th century Buffalo had about 14 rowing clubs. Eventually, they started to disappear.

"The only one that was left was the West Side Rowing Club," said Mark Kostrzewski, president of the Buffalo Scholastic Rowing Association (BSRA). "So we became the first new rowing club in almost 100 years."

In 2009, the Buffalo Scholastic Rowing Association wanted to expand rowing in the Queen City, so Kostrzewski said they decided to build a boathouse on the Buffalo River.

"It took until two months ago to finish the building and get our certificate of occupancy," he said.

Money is to blame for that, but the 16,000-square-foot building is finally complete.

On Saturday, it will be unveiled to the public. Now more than 400 experienced and new rowers can train, fix and store their equipment at 405 Ohio Street.

Ellicott Development chairman Carl Paladino donated the land the boathouse sits on. The building will be dedicated to his son, Patrick Paladino, who died in a car accident back in 2009.

During the grand opening, there will also be a 'Launch 21' fundraiser to help pay off the cost of the building.

"This is about a $3 million project. We've raised about $2.5 million," Kostrzewski said.

There are already plans to expand. They include adding a full-service gym and remediating the 250 feet of docks on the waterfront.

Kostrzewski hopes that down the line rowing and other water sports continue to expand across Western New York.

Three high schools use the boathouse for their rowing teams, and there are both competitive and recreational adult teams.

If you're interested in trying out rowing, the BSRA is letting community members try it for free on Saturday, August 28.