Six students were on board when a car hit the front of a bus after running a red light at Humboldt Parkway and East Ferry Street. 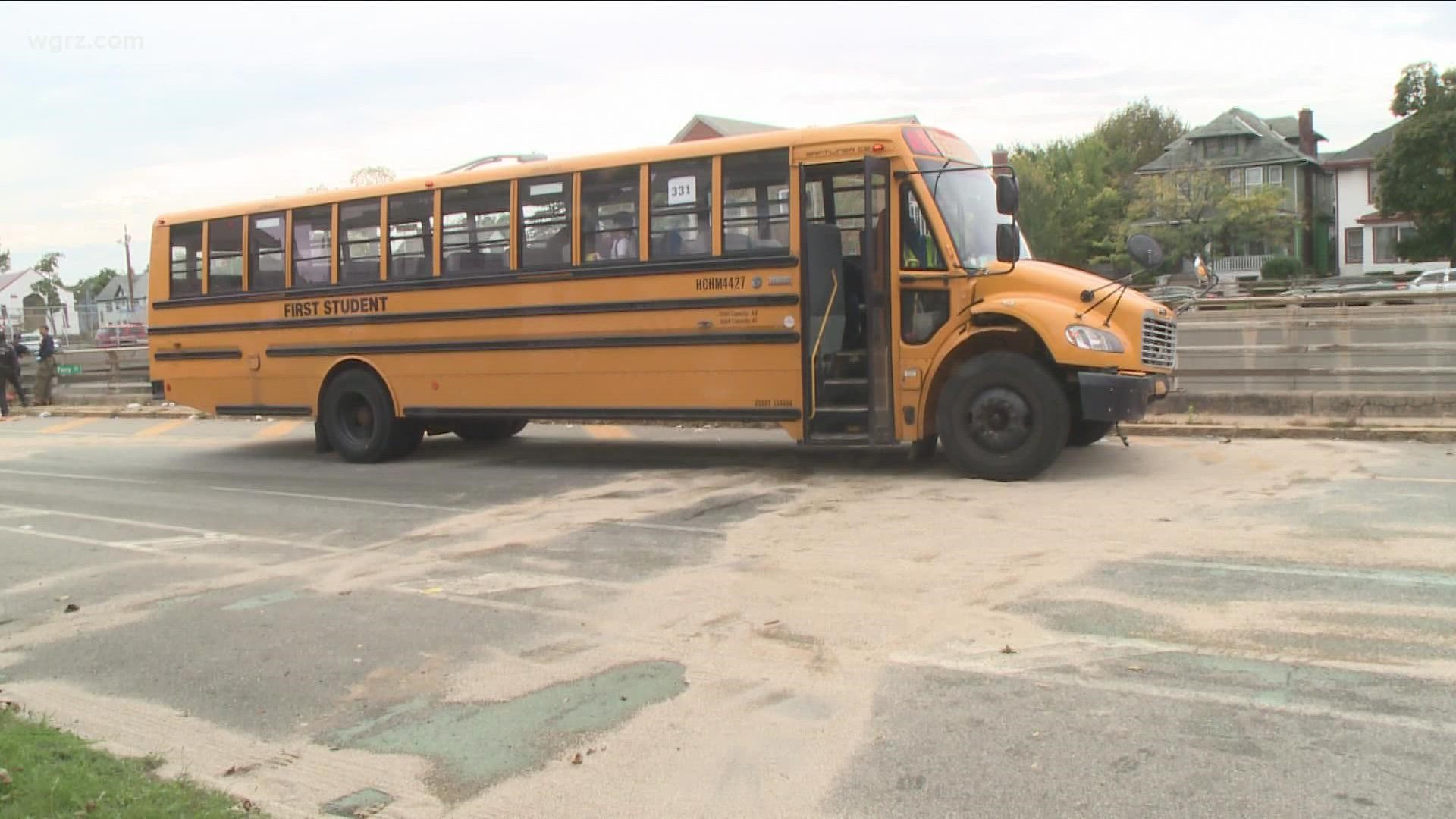 BUFFALO, N.Y. — Correction: It was the driver of the car that was sent to the hospital.

A person was injured after a Buffalo Public Schools bus was involved in an accident Thursday afternoon after a car ran a red light.

Around 2:50 p.m., bus #331 was hit on the front driver's side of the bus at the intersection of Humboldt Parkway and East Ferry Street.

EMS arrived on scene, and all six students boarded a spare bus and were transported home after being evaluated and treated.

The bus and the car were severely damaged. The driver of the car was transported to a hospital.