The exhibit shows off all the history Buffalo has with the most powerful office in the nation. 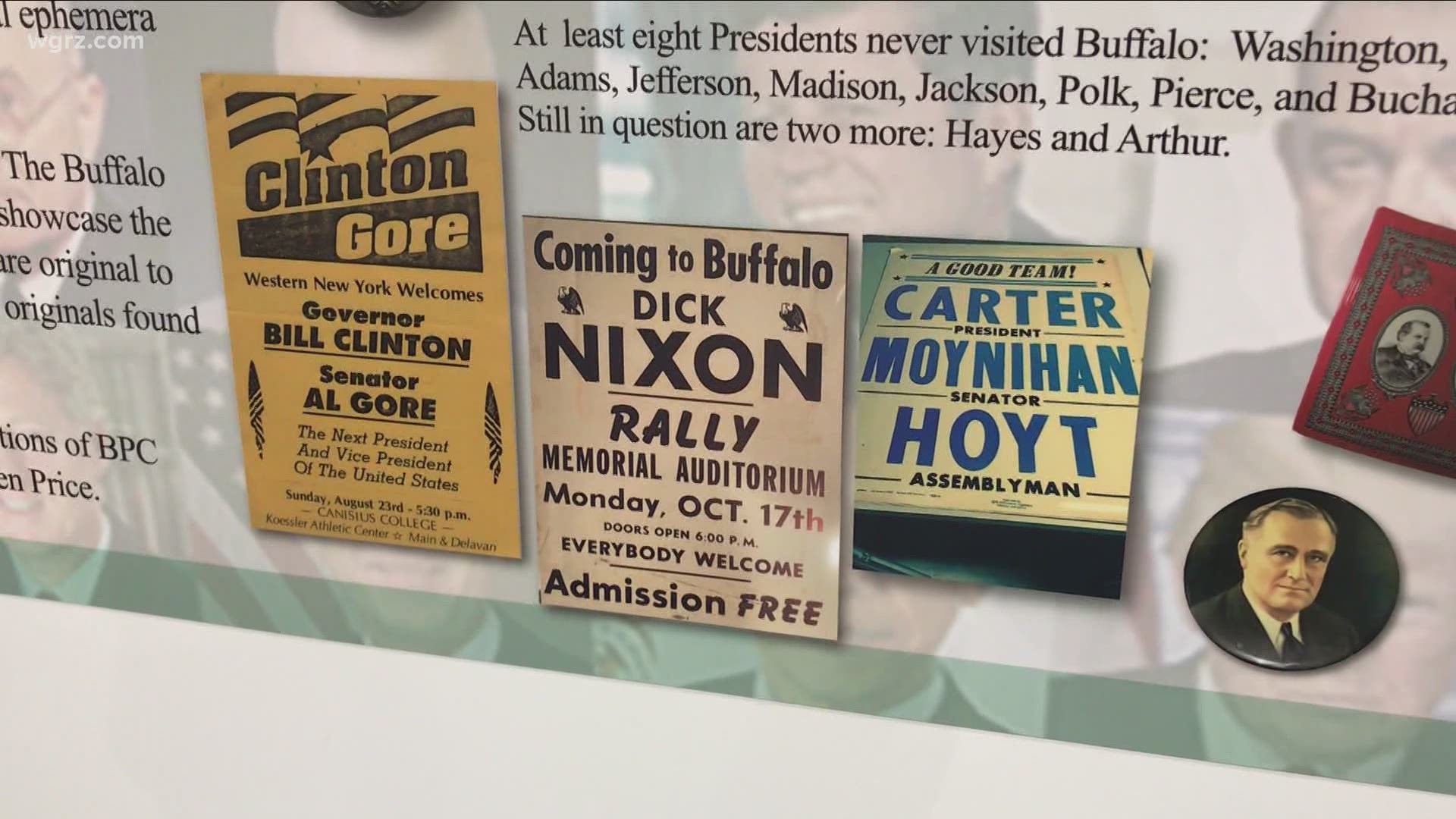 Inside the Buffalo and Erie County Library downtown, is an exhibit dedicated to the men and women with a Buffalo connection who have either striven for the oval office or have in fact made it to the White House

The exhibit is new to the Library, but the items themselves have been around for some time.

“We’ve been around for a while and we have done programs and exhibitions all over Western New York but we have never had a permanent home,” said one of the organizers behind the exhibit. “This was so exciting now because now we can expand our mission because we will always be here.”

Organizers said that they want people to take it in and realize that the Queen City has more presidential history than any city that isn’t Washington D.C. After all, the president of the United States has visited Buffalo 140 times.

“Not many cities can claim to resident presidents, and that is Cleveland and Fillmore.  Plus we have two vice-presidential candidates, and two female candidates Belva Lockwood and Shirley Chisholm,” said one of the other organizers.  “We have so many stories to tell, not just about them, but of all the presidential visits.”

It is open on Saturday, Nov. 14. It is free, it is on the second floor of the downtown public library. Click here to learn more.