Trying to get a jump on the bumps, before the potholes start to really proliferate 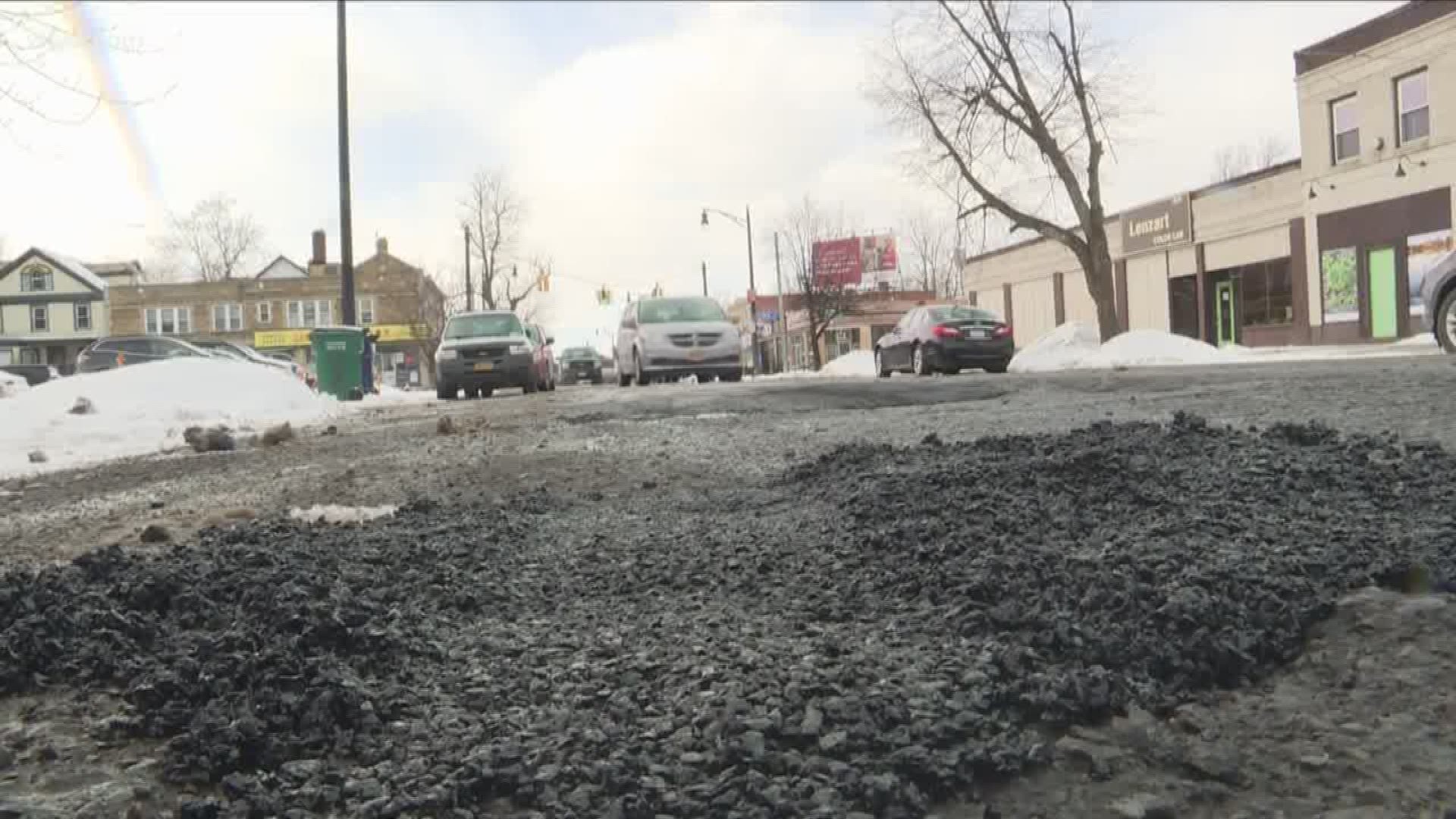 BUFFALO, N.Y. — Despite some bone-chilling temperatures on Wednesday, the sunshine and dry conditions made it a good day to patch potholes.

City of Buffalo crews were out in several areas trying to get a jump on what’s cropped up so far before pothole season begins in earnest.

“So far I think this winter has been average but we're not through it," said acting Commissioner of Streets, parks, and Public Works Michael Finn, noting the season of freeze and thaw conditions that make potholes proliferate has yet to occur.

According to Finn, streets crews keep lists of potholes they encounter and rely on the public to report others through the city’s non-emergency 3-1-1- system.

The city even guarantees that a pothole reported through 3-1-1- will be addressed within 48 hours, barring unfavorable weather or if the report comes in on a weekend.

“We address all potholes we see throughout the city whether they are big or small, although we will make a concerted effort to address something that is exceptionally large which might damage as a priority matter,” Finn said.