Buffalo Police haven't confirmed many details, but the officer's driver-side airbags did deploy. 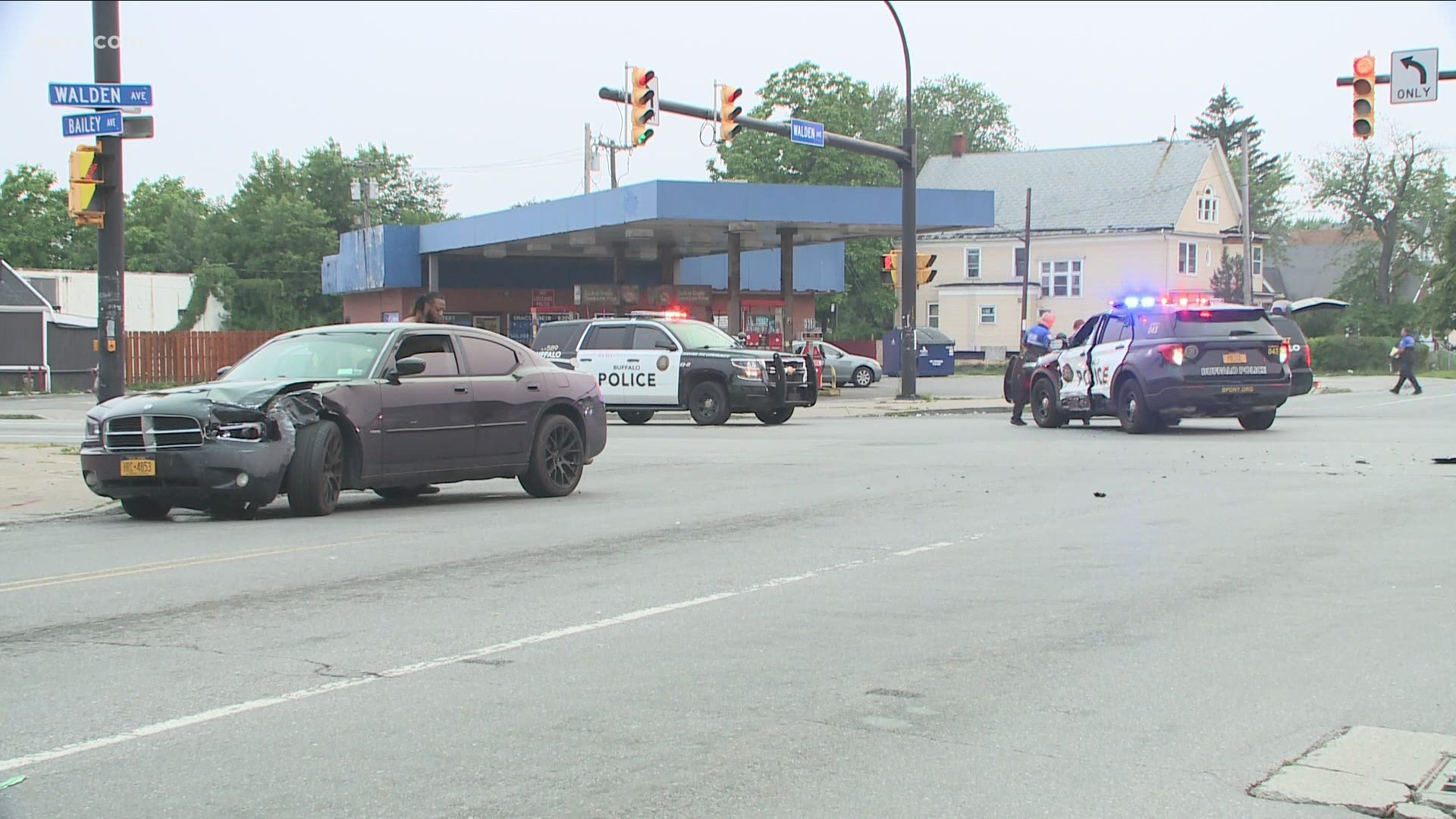 BUFFALO, N.Y. — A Buffalo Police cruiser was involved in a crash near the intersection of Bailey Avenue and Walden Avenue Monday night.

Buffalo Police officials haven't provided many details of what happened, how the crash happened, or if there were any injuries.

Based on video captured by 2 On Your Side photographer, the police vehicle's driver-side door was damaged and the airbag was deployed.

Multiple ambulances were called to the scene, but it's not clear right now how serious any of the injuries of those involved may be.

2 On Your Side had reached out to a police spokesperson for more information regarding this crash.