Buffalo Police: Rumors about a serial killer in Buffalo are false

The Buffalo Police Department addressed a rumor Monday that has been going around on social media. 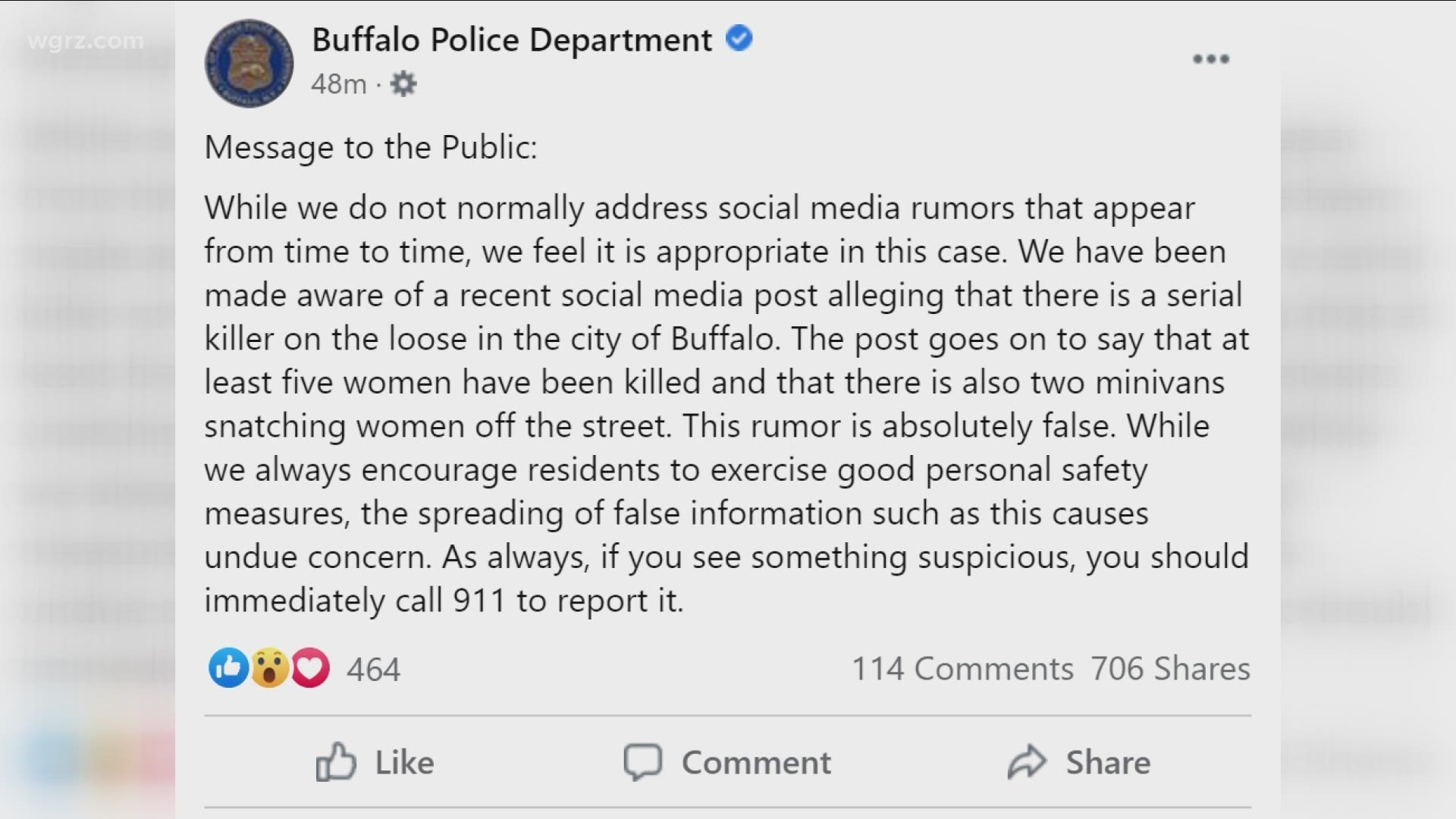 BUFFALO, N.Y. — The Buffalo Police Department addressed a rumor Monday that has been going around on social media.

According to Buffalo Police, a social media post is being shared that says a serial killer is on the loose in the city. The post further states that at least five women have been killed, adding that two minivans are snatching women off the street.

The department says these rumors are absolutely false.

"While we always encourage residents to exercise good personal safety measures, the spreading of false information such as this causes undue concern," the police department said in a Facebook post.

The Buffalo Police Department added that if anyone sees something suspicious to immediately call 911 and report it. 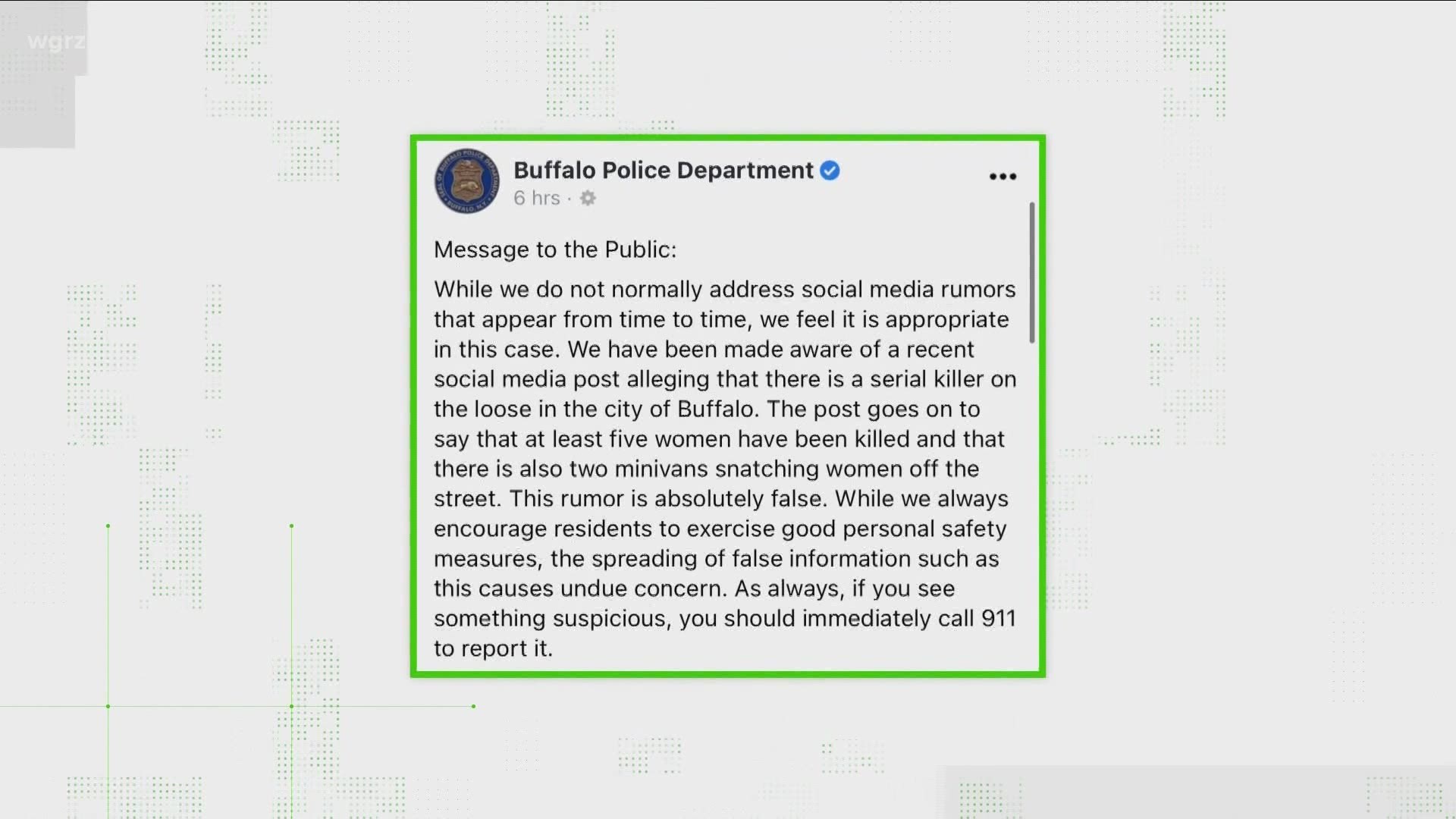