Buffalo Police: Pedestrian hit by a car on Bailey Avenue 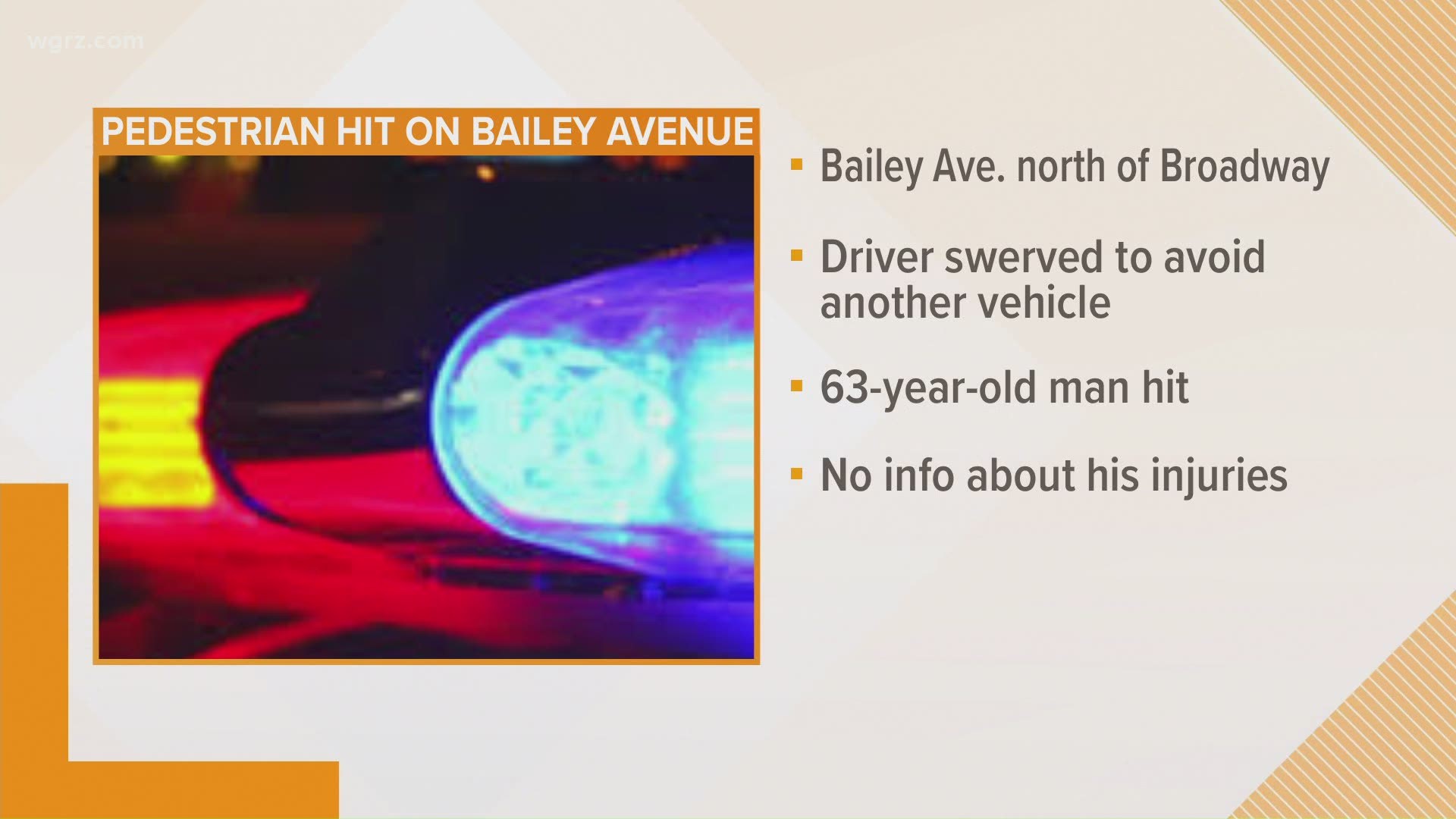 BUFFALO, N.Y. — The Buffalo Police Department is investigating a car accident that happened Saturday afternoon in the 1700 block of Bailey Avenue.

Officers say a vehicle was traveling southbound on Bailey Avenue when another vehicle pulled out in front of it, causing the car to swerve out of the way.

According to police, the car that swerved then hit a building and a pedestrian who was walking in front of the building.

The 63-year-old pedestrian was treated at the scene by first responders. Police did not provide further information about his injuries.