Jonathan Negron was described as alert and speaking in a low voice, according to a text from his fiancée provided to 2 On Your Side by the Buffalo PBA. 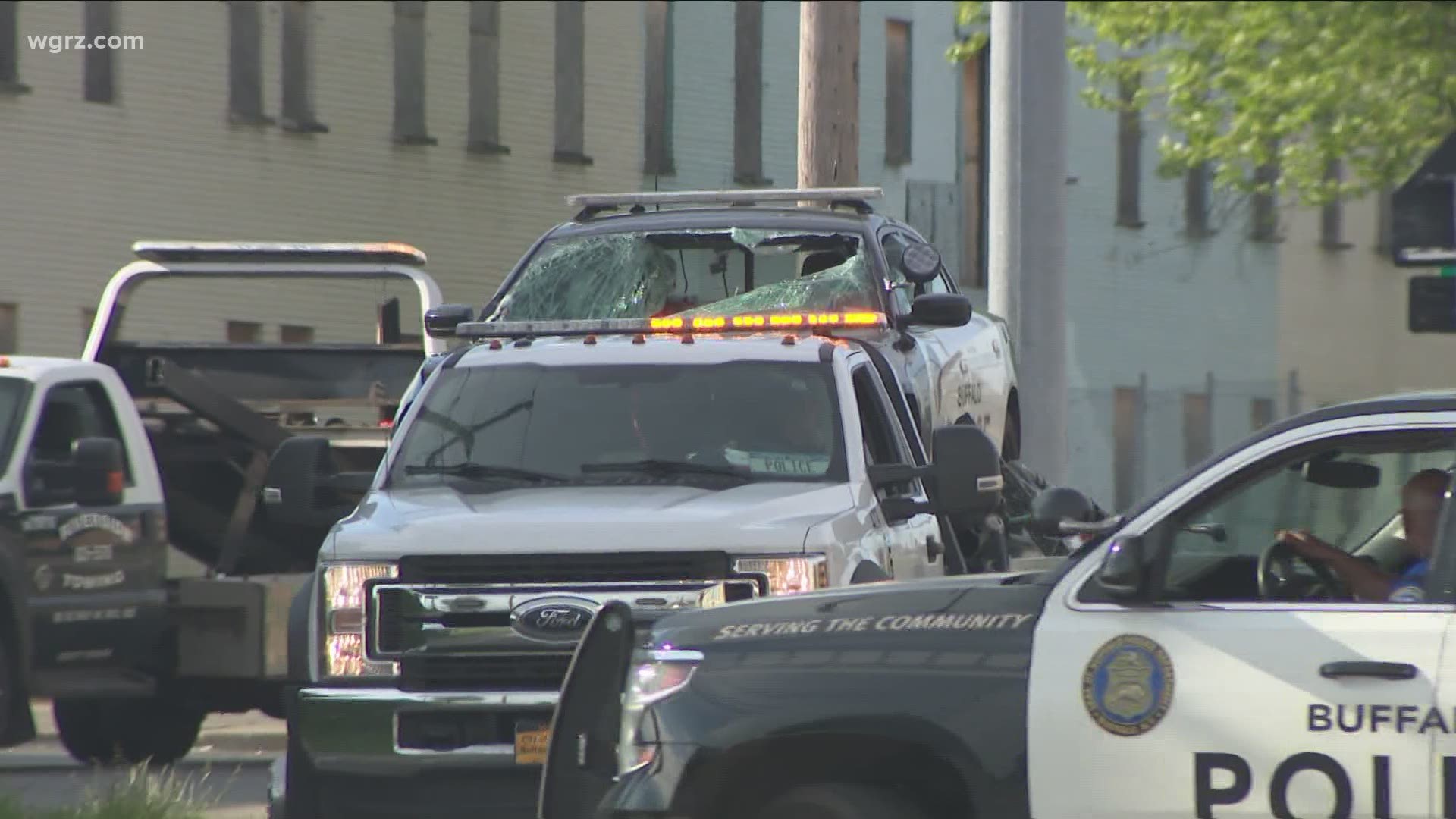 BUFFALO, N.Y. — The 29-year-old Buffalo Police officer who was in a medically-induced coma since June 3 is now awake.

Jonathan Negron was described as alert and speaking in a low voice, according to Buffalo Police Benevolent Association President John Evans, who received the information via text from Negron's fiancée.

"Jon is awake!" the text read. "Breathing on his own and saying words (very low voice) he will have his full voice within a couple of days. He is very alert, he knows who we (mom/dad/ sister/me) are, blood pressure is stable, and today is a sit back and watch how he does on his own type of day."

Evans said it was a good day and a huge relief to hear the news.

The text continued, "No tests set up. He’s moving his hands/feet and even cracking a couple jokes. Today is a good day!"

Negron has served two years on the force. He was listed in critical condition at Erie County Medical Center after the June 3 incident in which his police cruiser was crushed by a light pole following a short pursuit.

He was in the trauma intensive care unit with serious head injuries.

Buffalo Police Captain Jeff Rinaldo told 2 On Your Side after the incident that a call came in just before 1 p.m. on June 3 of a white vehicle with four males with a gun.

An officer from the C-district, Negron, spotted the vehicle on Genesee Street and attempted to stop the vehicle.

The light pole came down, striking Negron's police cruiser on the driver's side.

Buffalo PBA President John Evans told 2 On Your Side Negron joined the police department in 2019 and along with a fiancée, he also had a young son.

On June 4, the driver of the vehicle being chased, a 16-year-old male from Rochester, was charged.

Because of his age, the name of the 16-year-old was not released. He was being held without bail in the Erie County Youth Detention Facility, charged with Assault on a Police Officer as well as Unlawful Fleeing a Police Officer in a Motor Vehicle. Both counts are felonies.