Officer still not clear legally, though, as he faces another trial for a 4th count for which a jury, after deliberating for 8 days, could not reach a verdict. 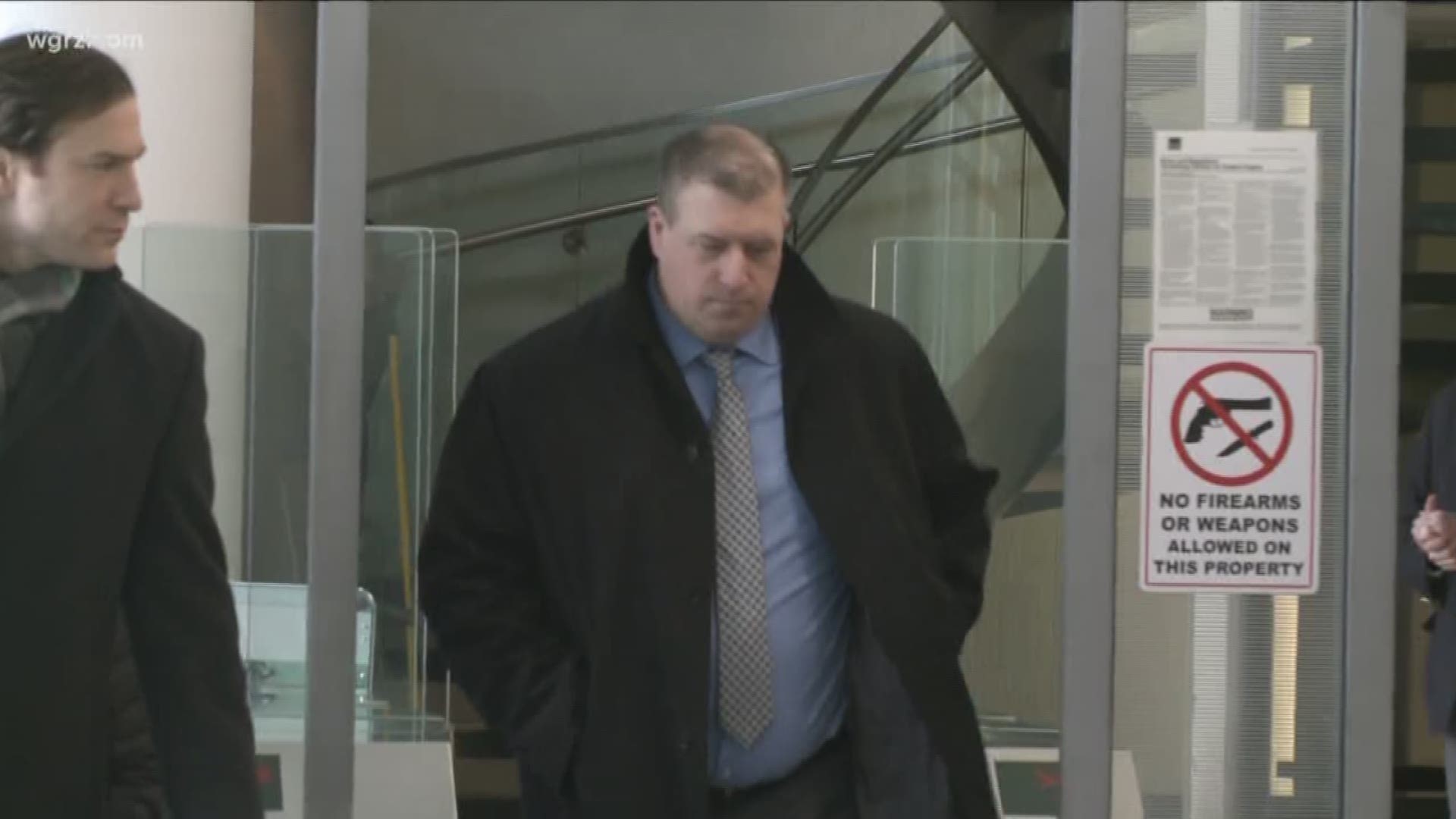 BUFFALO, N.Y. — "I just want to go home and see my kids. That's it,” Buffalo Police Officer Corey Krug told WGRZ-TV, before exiting a downtown courthouse where he had been on trial for nearly a month for allegations of violating the civil rights of three men through use of excessive force.

A federal court jury, which deliberated for more than 30 hours over the course of eight days, acquitted Krug of charges involving two of the men.

Jurors pronounced Krug not guilty in connection with a 2010 incident involving Marcus Worthy, who said Krug, without provocation, hit him with a flashlight splitting his head open. Krug was also found not guilty of a charge that he falsified a police report in connection with that incident.

Krug was also acquitted in connection with an allegation that in 2011 he struck Daniel Rashada in the face with a flashlight, causing swelling and a scar.

However, jurors could not reach a decision in an incident involving Devin Ford, which occurred in the early morning hours of Thanksgiving in 2014, as bar patrons enjoyed a festive night on Chippewa Street.

According to testimony, Ford was among a group of individuals who had been involved in an altercation and were commanded to leave by police, but failed to do so.

Ford’s subsequent encounter with Krug, captured by a television news photographer, showed Krug striking Ford repeatedly with a nightstick after pushing him against a car and forcefully taking him to the ground.

As opposed to the allegations involving the other men, Krug’s encounter with Ford (during which Ford was never arrested) was the only one for which prosecutors had video evidence.

Since February 19, it had been apparent to some courtroom observers that the jury was hung up on the charge involving Ford, as it was the only one for which they asked to review exhibits or testimony.

Both Ford and Worthy were present when the verdict was rendered, and both left the courthouse without comment.

“We think the video helps us because the video shows how that individual grabbed the baton, and grabbed the impact weapon, and put him (Krug) in a struggle in which he had to prevail," said Terrence Connors, Krug’s defense attorney.

Another trial for Krug

Connors’ theory will be put to the test again, however, as prosecutors who left court without comment after the verdict was announced at 2 p.m. Tuesday later announced their intent to put Krug on trial again -- before a new jury -- on the single count involving Ford, for which Krug faces prison time if convicted.

In a statement, U.S. Attorney for Western New York James Kennedy wrote: “We accept the jury’s verdict, and we will be seeking an immediate retrial of the defendant on Count 4 of the Superseding Indictment.”

Both sides are due to return to the courtroom of Judge Richard Arcara on Wednesday, at which time a date for the retrial may be set.

"Regardless of what their decision is, we're grateful for the outcome today, and we're ready for the next chapter if there is one," Connors told WGRZ.

Krug, who has been suspended with pay since his indictment in August 2015, is an 18-year veteran officer, decorated several times by the department, including once for heroism.

He had also been named in three civil rights lawsuits alleging excessive force since 2010.

But it was the incident with Ford that sparked the investigation, which lead to the criminal charges -- the incident for which he was neither convicted nor acquitted on Tuesday.